You Can Run But You Can't Hide - Droning On!

Activists from Bristol Against the Arms Trade and Bath Stop The Drones claim a victory as Drone conference moved away from Bath.

Following a raucous protest in Bristol, and a packed out public meeting in Bath, the Clarion Events UAV conference had to be moved to deepest darkest Wiltshire.

The Defence Acadamy near Shrivenham is managed by Clanfield University and the MOD. Safely protected by barbed wire and a police presence the conference commenced whilst members of BAAT unfurled their banners and made, what has become a trade mark of theirs, lots of noise. 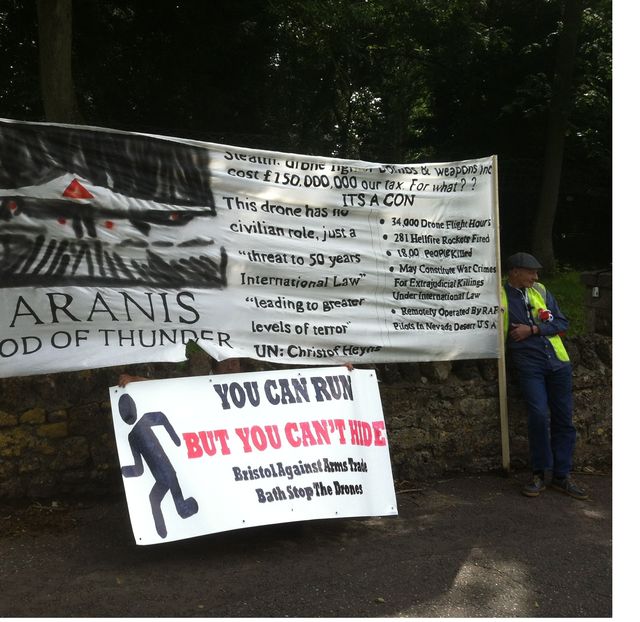 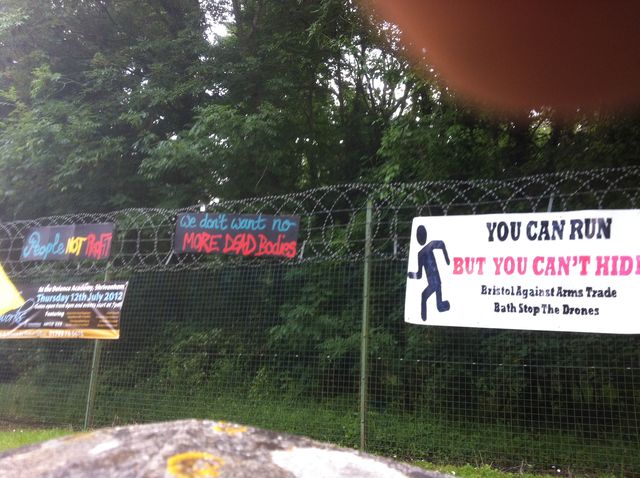 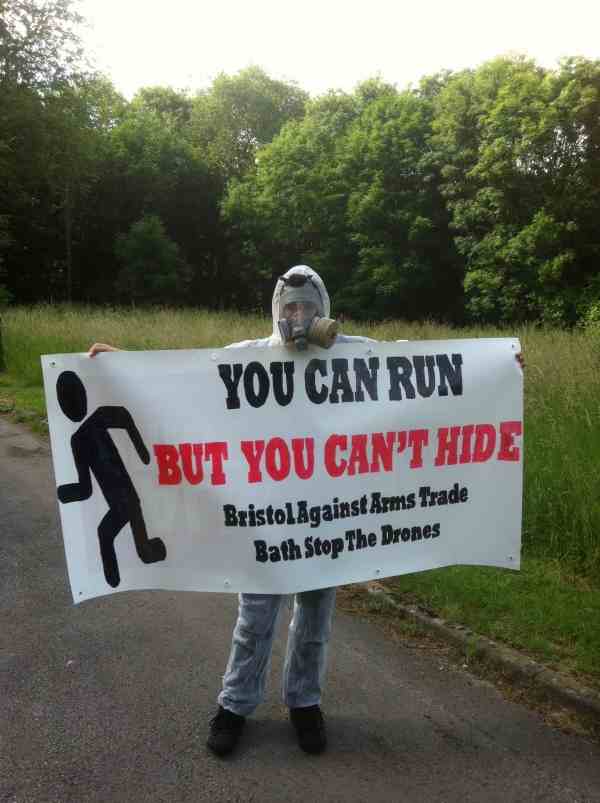 Taranis is the next generation of unmanned fighter plane. This drone has no civilian role and is a “threat to 50 years of international law according to Christof Heyns of the United Nations. Activists say this is not only unlawful but will lead to greater threat of terror in the western world.

The body of international law that governs conduct in war, enshrines the principle of

distinction, which requires parties of a conflict to distinguish between combatants and civilians. To ensure civilian immunity from acts of violence. The evidence emerging from Pakistan and Palestine is of high civilian casualties.

Noel Sharkley, Professor of Artificial Intelligence and Robotics at Sheffield University highlights: “The further away you are the easier it is to kill… its changing the nature of war dramatically”

Activist’s promise to return for the final day of the drone conference this Wednesday (27/06/2012) from 15:00. Everyone welcome.