Direct actions during the NB camp in Stockholm

What was done in Stockholm... 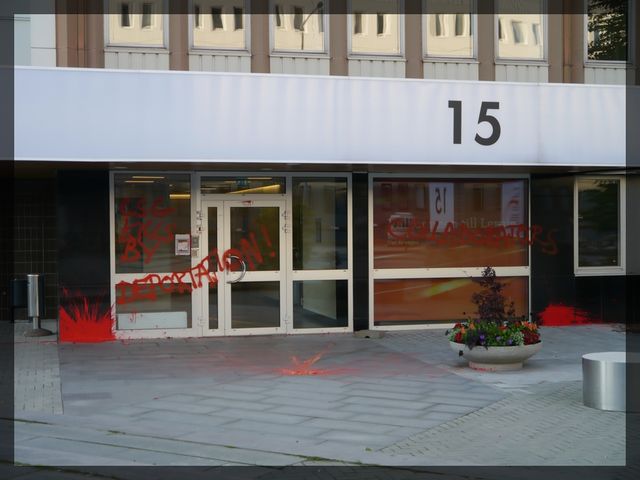 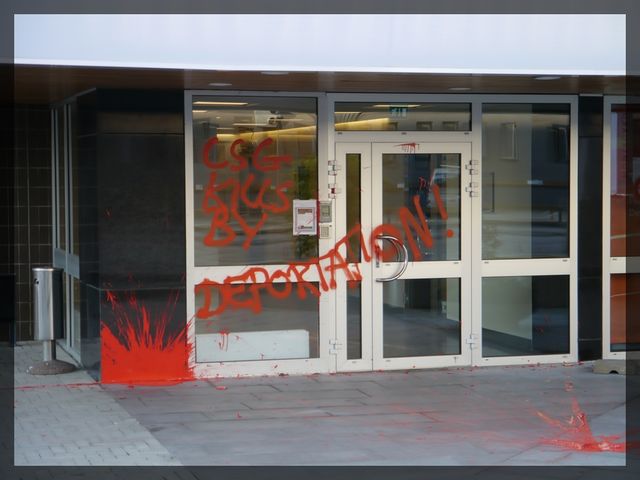 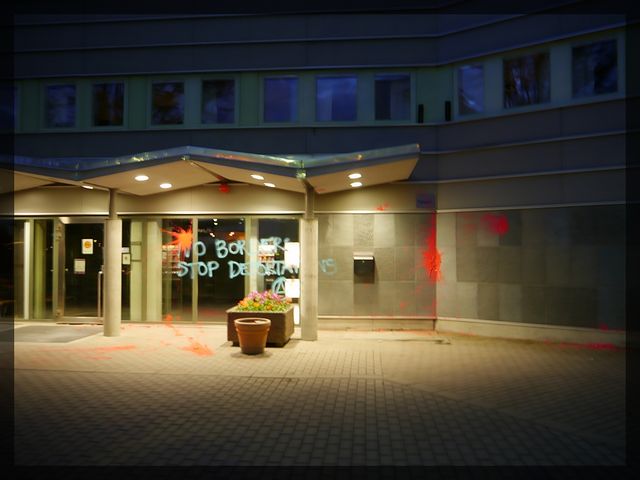 In the night of june 19, we targeted the office of Commuter Security Group situated in Solna (north of Stockholm)


We accuse CSG for providing « security » in Detention Centers in Sweden, participating in repression against migrants, especially in Marsta Detention Center, which has a capacity of 100 detainees.

By helping Swedish Migration board organizing imprisonment and deportation, CSG are involved in a global racist machine which every day murders and makes suffering thousands of people.

In the night of june 24, we also targeted the office of the Swedish Migration Board (Migrationsverket) situated in Solna. An other group of activists already attacked the building using graffiti several hours before and writing « No borders, Stop Deportations ! »

In solidarity with migrants, we promise to organize in the future dozen of other actions against the european borders regime.