4th July saw the annual Independence FROM America demonstration at the US base at Menwith Hill in North Yorkshire, organised by CAAB: the Campaign for the Accountability of American Bases. We hear a lot about US occupations of other countries, but little about the military occupation of Britain by the US. The base at Menwith Hill, run by America's National Security Agency (NSA), is a very important intelligence gathering and surveillance base, occupied and controlled by the American military and their agencies. The base has the ability to listen in to all our phone calls and intercept emails, as well as several other concerning roles including US 'Missile Defense' (read 'Offense') and intelligence-led warfare. 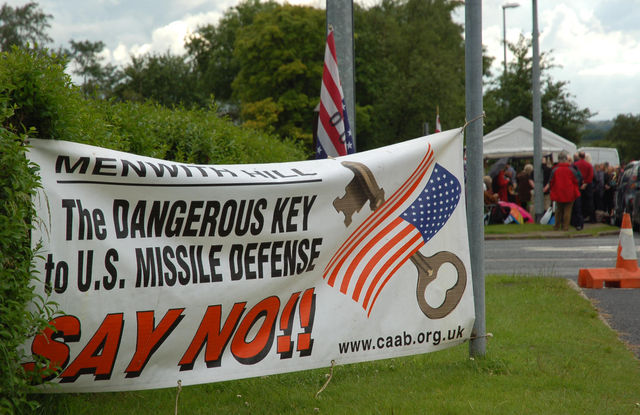 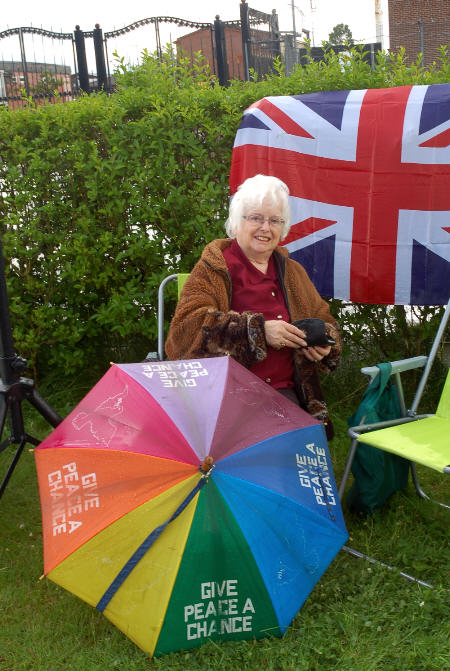 'Give Peace a Chance' umbrella; main gate in background 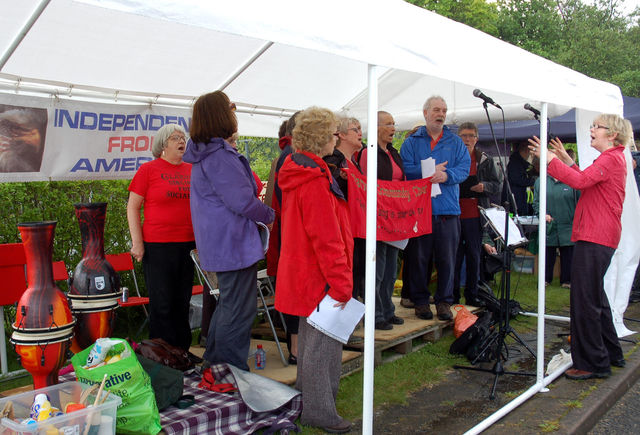 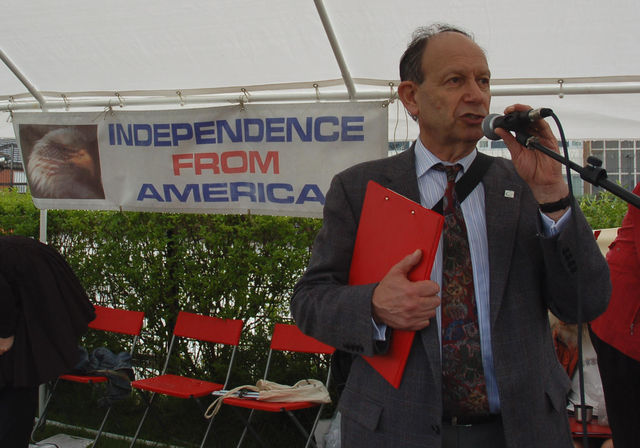 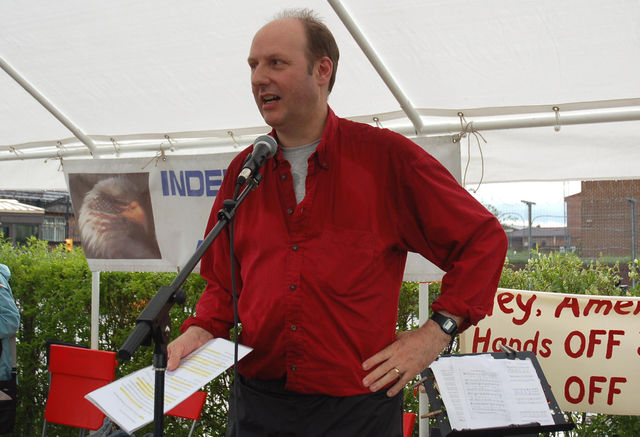 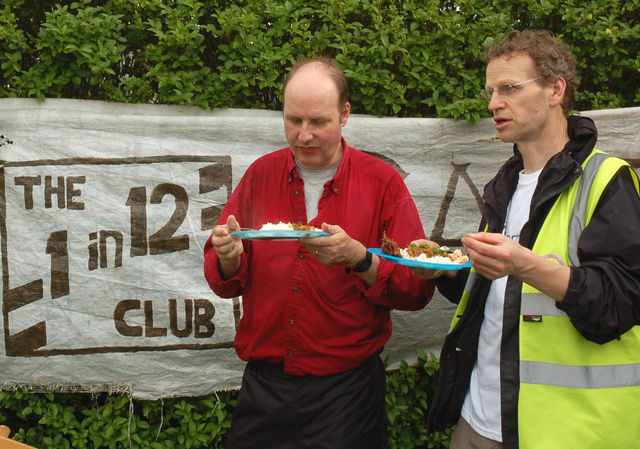 Delicious vegan food provided by the crew from the 1 in 12 club, Bradford 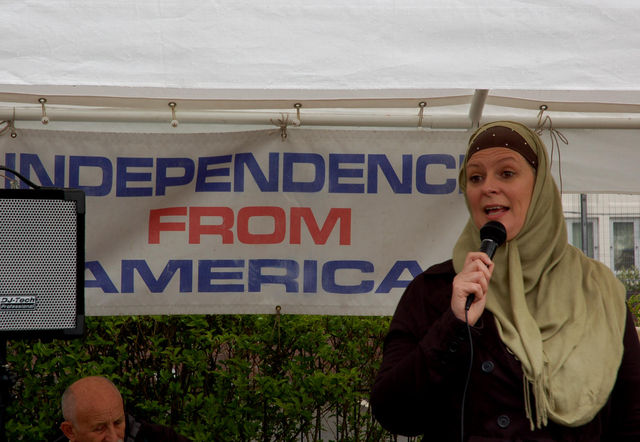 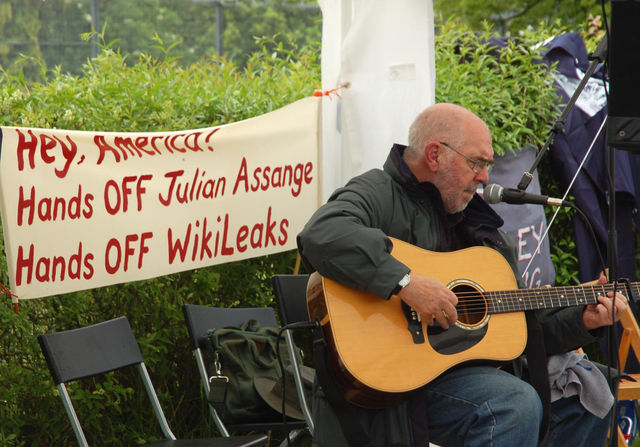 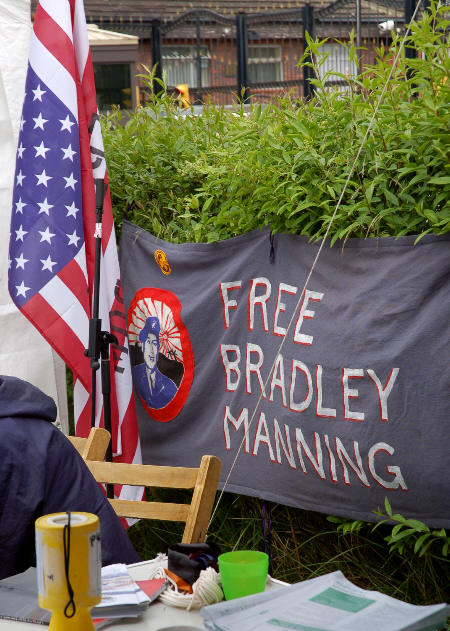 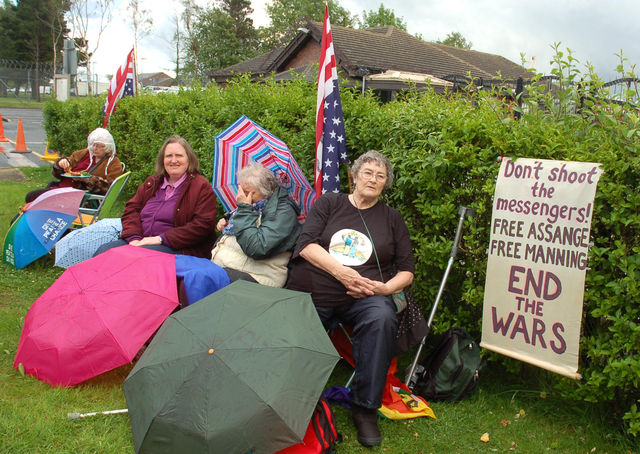 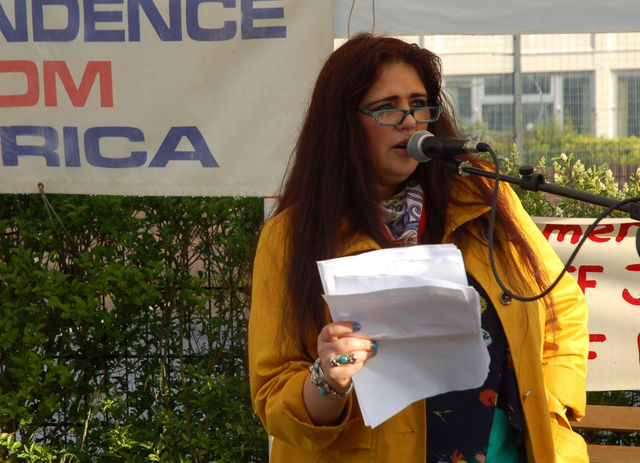 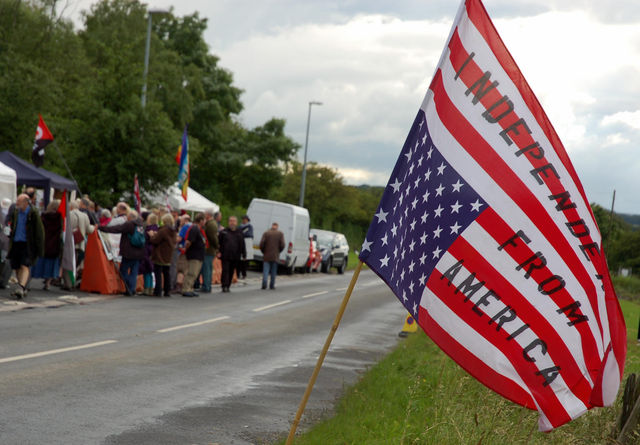 Inverted US flag calls for Independence from America 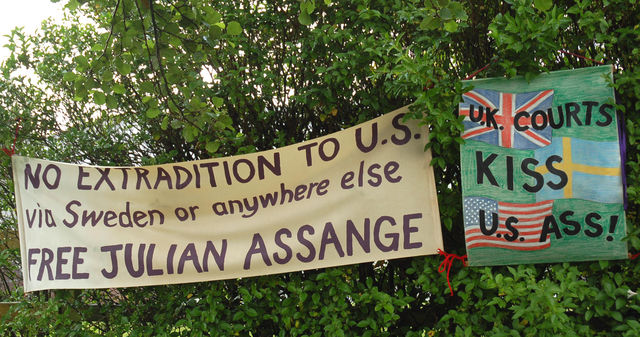 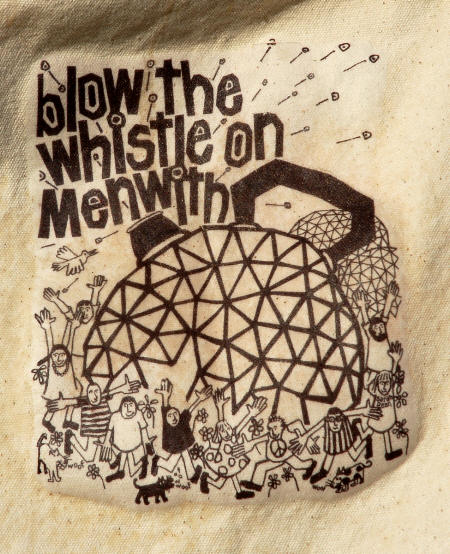 blow the whistle on menwith hill 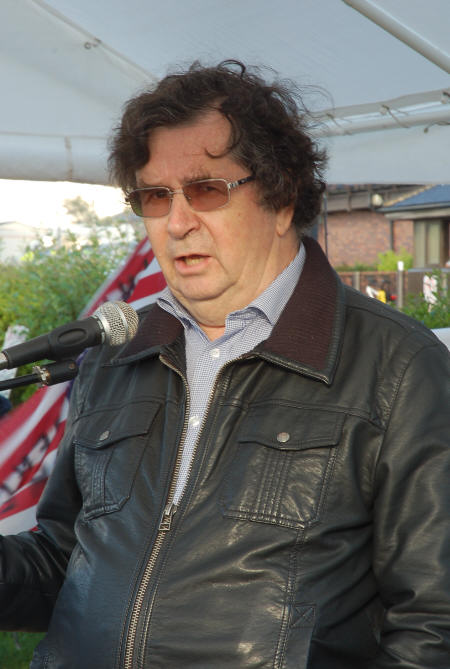 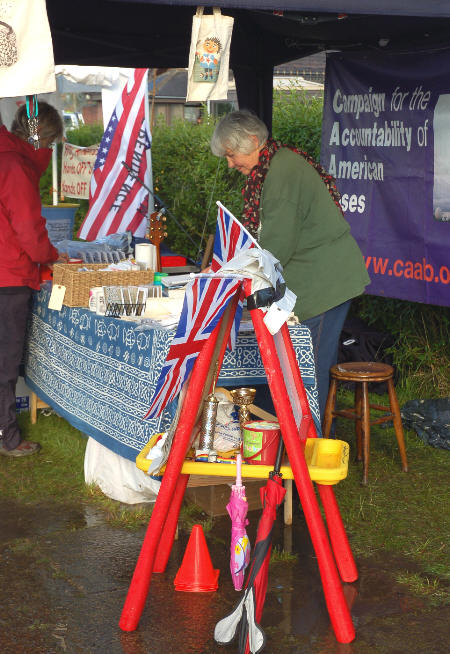 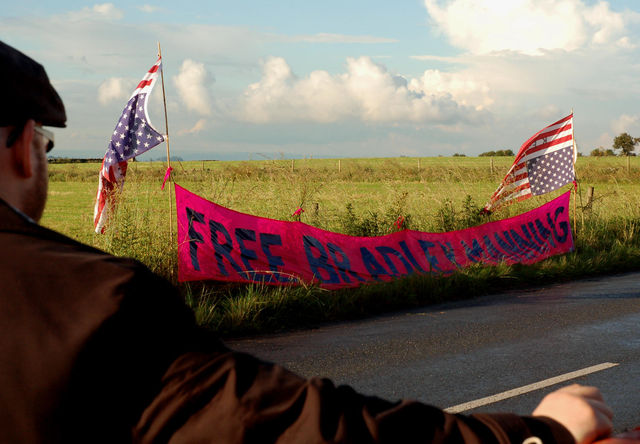 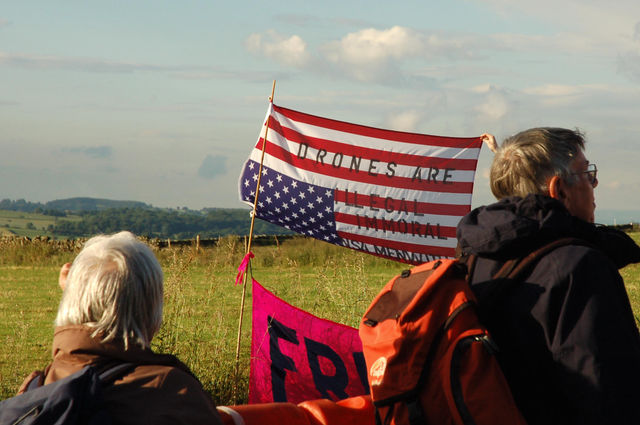 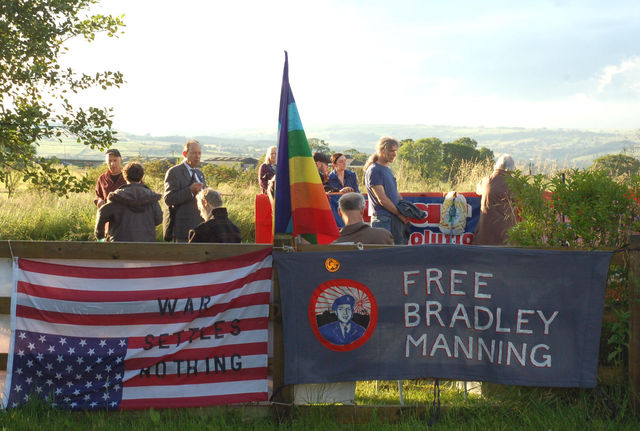 banners facing in - messages for the US 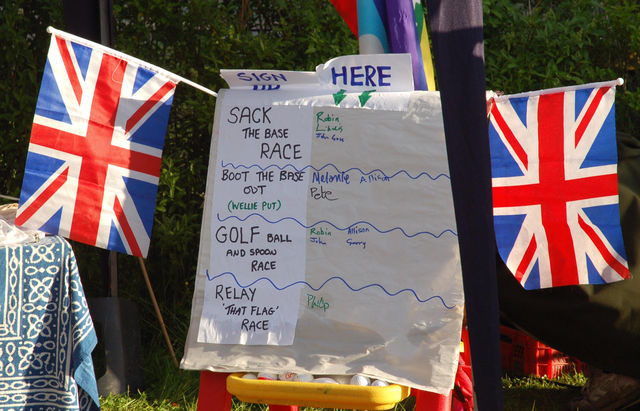 Alternative to the Olympics 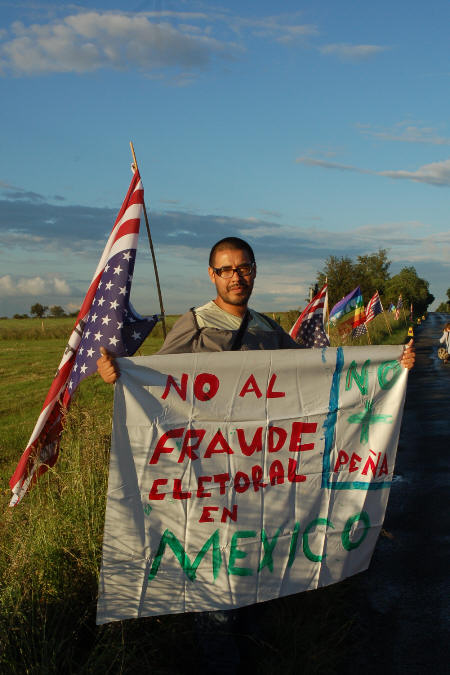 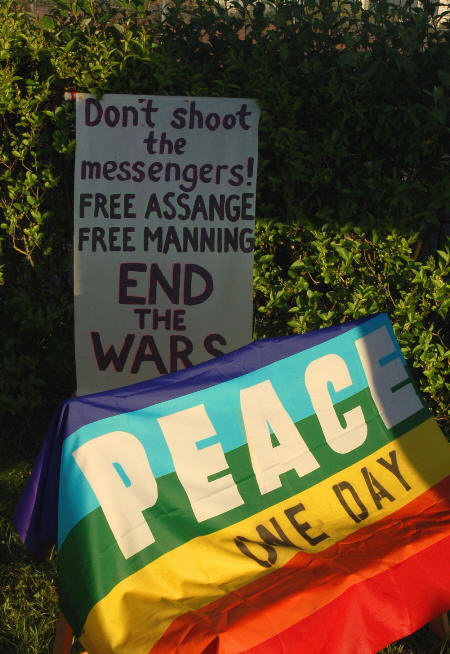 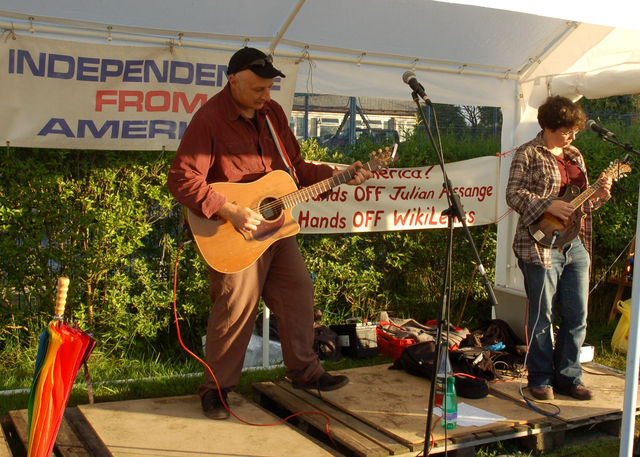 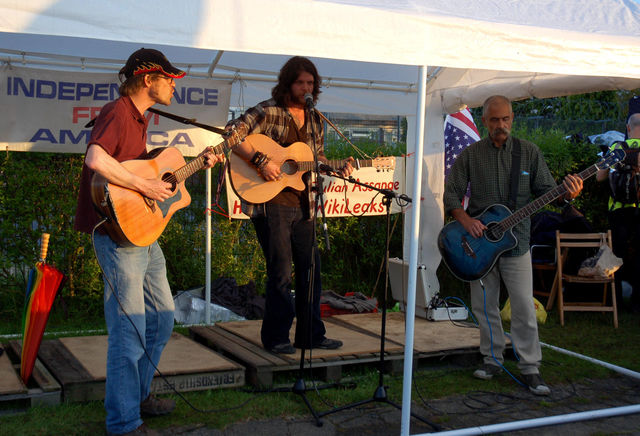 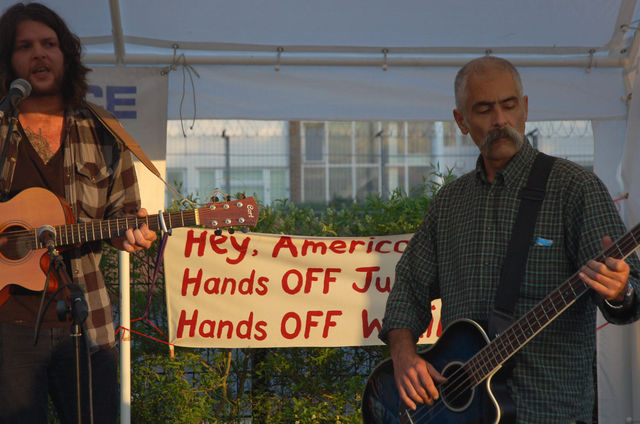