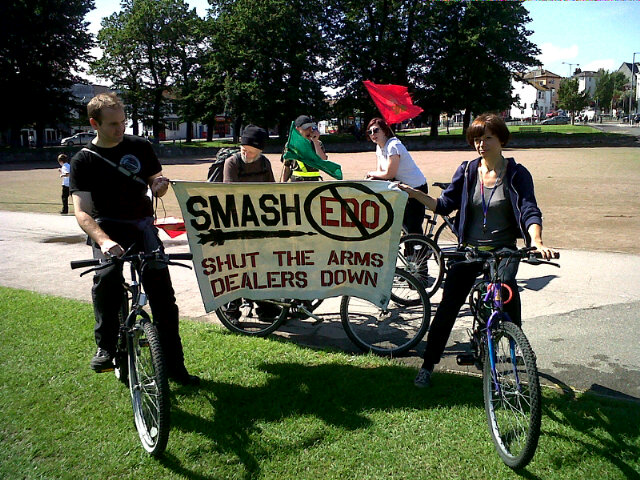 The Summer of Resistance is still going strong.

On Saturday 30th June campaigners held a picket of Barclays Bank, the largest global investor in the arms trade and a service provider to ITT Exelis, EDO MBM's parent company, on the New York Stock Exchange. As usual, the bank closed its front doors for the duration of the protest.

On Tuesday activists held a phone blockade and sent messages via twitter to ITT Exelis.

On Wednesday a critical mass for independence from American arms factories was hed, going from the Level in Brighton, to the factory via the Preston Circus Barclays, where we stopped for a flash picket. A noisy demonstration outside the factory gates ensued and some 4th July fireworks were fired from the Wild Park behind the factory.

Now its all about the Citizen's Weapons Inspection at 1pm on the 16th July watch www.smashedo.org.uk for details