At 13:00 on Saturday, 21st July, Liverpool Antifascists will be gathering at Combermere Street in the Toxteth area of the city. We then plan to march to the city centre, for a rally themed around ‘working class unity against racism and fascism’. Liverpool Antifascists would like to ask you to attend, or spread the word about the event if this is not possible. This will be a vital day for Liverpool activism, and even the city in general. 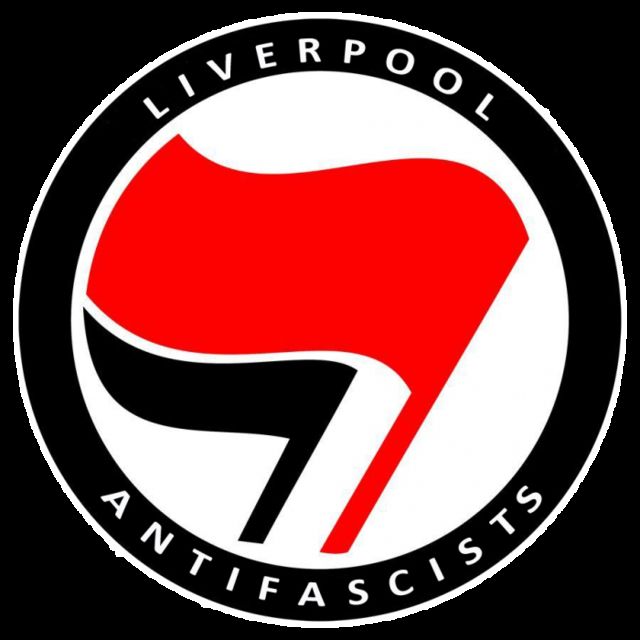 To understand why, it’s important to look at the background to this demonstration. In February, a gang of around two hundred fascists mobilised in the city centre, running amok, and forcing the Irish Republican Flute Band off the streets, before going on to hassle Occupy supporters on an anti-police brutality protest. This was a serious defeat for Liverpool activists, and it is vital that this is acknowledged, so that we can stop it happening again in the future.

The same Irish Republican Flute Band has organised next Saturday’s event, and Combermere Street has been chosen because the great Irish working class organiser James Larkin was born there in 1876. Fascists from North West Infidels, Combined Ex-Forces and Casuals United are already talking big about stopping the Flute Band from marching – and are trying to pin the “IRA” label on them, even though the band have nothing in common with the long officially disarmed paramilitary group.

If the fascists succeed in stopping the anti-fascist march and rally on the 21st, it will be an even bigger victory for them than February was. Their tails will be up, and they will feel confident enough to step up street attacks on activists, which have been at a low but persistent level for almost a year now. Just over a week ago, they violently attacked people on their way to an antifascist gig in the town centre, including a musician with no other link to anti-fascism.

But if enough people from Liverpool and around the country mobilise, our sheer weight of numbers will deter them, and send them back home with their tails between their legs. This applies double since the fascists are making such a public deal of the event, and posting photos of Warrington bomb victims in an attempt to slander the Irish Republicans’ name.

In the words of James Larkin himself, “Those who want to divide the workers have resorted to the foulest methods.” The fascists are the result of this, but for all our sakes, they cannot be allowed to succeed.