Flyer given out at demo - application/pdf 67K 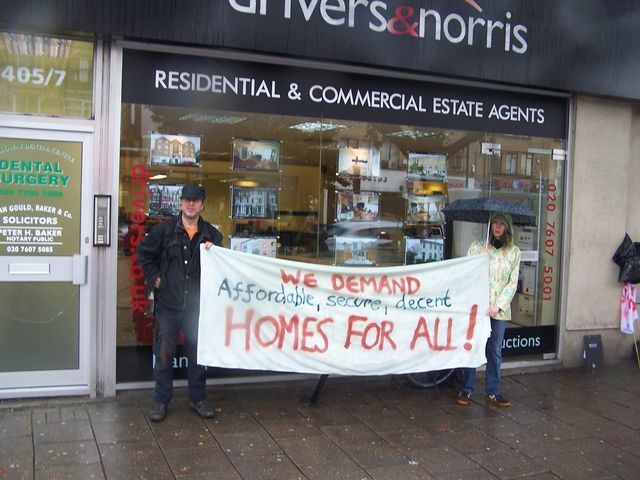 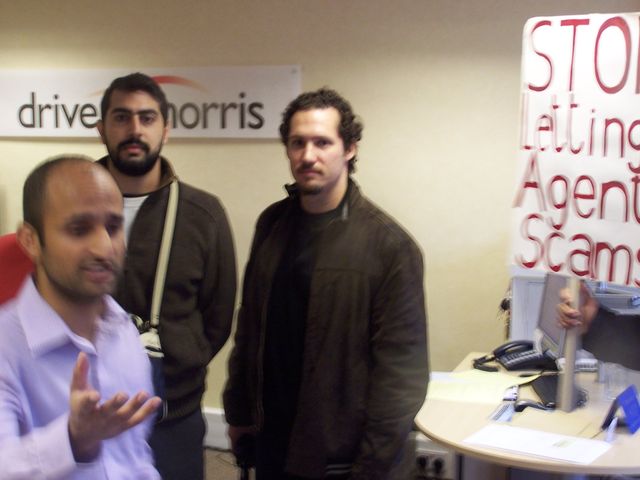 Inside the Drivers and Norris office 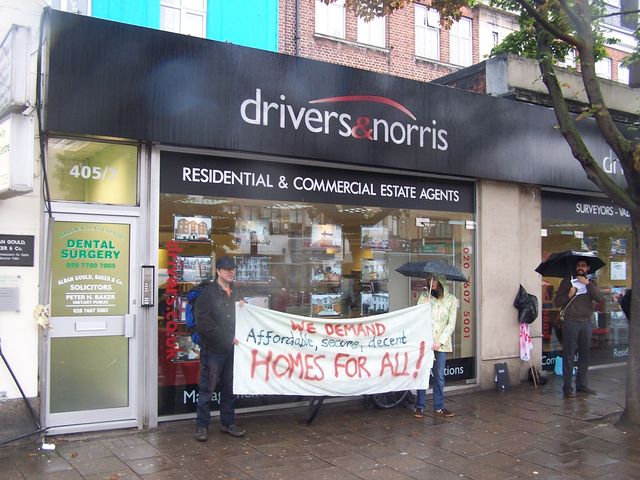 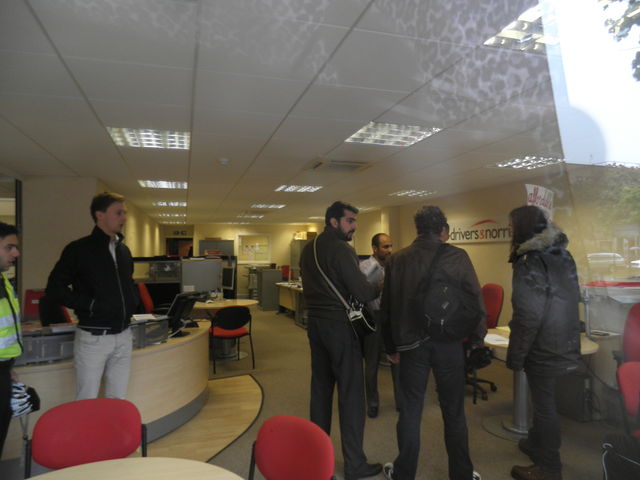 "Discussions" with Drivers & Norris staff in their office 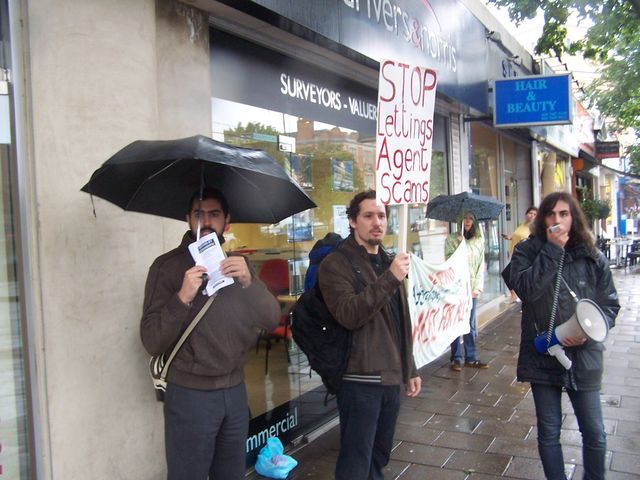 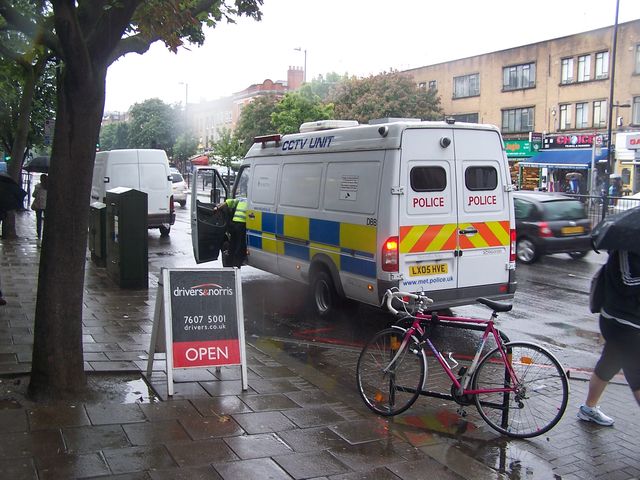 The action was in support of three prospective tenants who paid a total of £300 in fees for reference checks which has not been refunded, despite no services being delivered to them by D & N, and no tenancy agreement having been signed. The "D & N Three" asking for their money back - Phil Tsappas, Kyri Tsappas and Simon Fraser - are still homeless.

As Phil put it to me, there was "no deal, no contract signed" for a tenancy via D & N. Kyri told me that he and his fellow "applicants applied to secure a tenancy... Drivers & Norris failed to provide service."

The action was called by the newly-formed Haringey Private Tenants' Action Group (HPTAG) – the two-bedroom flat that the three people had applied for that is let by D & N is in Haringey.

The Drivers & Norris Three walked into D & N's Holloway Road office shortly after 11am, asking for the fees to be refunded, and to speak to the lettings manager, Sean Corrigan, although they were told his was out. It appeared at one point that lettings staff had phoned Corrigan and that he was on his way, but this turned out not to be the case. Meanwhile, HPTAG people assembled in the street outside, with banners and a megaphone.

Phil told me the check had been carried out on D & N's behalf by FCC Paragon, who he says seem to do reference checks for most of the letting agents in Haringey. The Three then went to another letting agent – Winkworth, who also use FCC Paragon and, according to Phil and Kyri, quoted them £150 each for a reference check.

D & N staff declined to give me their names and told me they had no comment to make.

Phil says he's done some research and the cost charged to a letting agent by FCC Paragon for each reference check is "£17-£19, we think."

A Police Community Support Officer arrived shortly afterwards and asked those protesters inside the D & N office to leave, as it was "private property" and that the D & N "guys feel like they're being harassed". Two police constables and Islington Division's CCTV van also showed up soon afterwards, with the police remaining in the D & N office for the duration of the protest.

The D & N Three left the office to join the protest outside. PC 577 at one point came to the door to tell them one of them could come into to talk to a sales manager from the lettings team. The D & N three declined – Kyri told me that this was the same D & N employee who told him on the phone that he should consider himself lucky D & N hadn't kept their whole £800 holding deposit.

Despite the pouring rain, most of the 800 leaflets the protesters had brought along were handed out to mostly sympathetic passers-by, including one of the very few customers going into the D & N office on what's normally its busiest day of the week.

Jacky Peacock, director of Brent Private Tenants' Rights Group – on of very few such organisations in the UK - explained to a concerned-looking PC NI 577 that there are currently "no regulations" in place on what letting agents can charge prospective tenants. Jacky told me tenants can only to the the Property Services Ombudsman if the letting agency is a member of one of the industry's associations. What about local trading standards officers? "Low on their list of priorities" according to Jacky.

Shoppers in busy Holloway Road were addressed by demonstrators by megaphone, who called for "affordable homes secure tenancy and end to rip-off fees!" One protester using a megaphone told the small crowd that "Drivers & Norris are having a laugh!"

Kyri told me that letting agents offer "incentives that are designed to fail" - for every flat a letting agent has on books, five groups of applicants will look at it, "they take one [group of tenants], how many holding deposits do they keep?"

Kyri told me they plan to return to demonstrate outside Driver some time end of next week, and until they get their money back.

More photos from the demo by photographer Peter Marshall