Exactly two years after the WikiLeaks release of the Afghan War Diaries, Wednesday 25 July 2012, banners were unfurled at the summit of Snowdon to mark the anniversary. 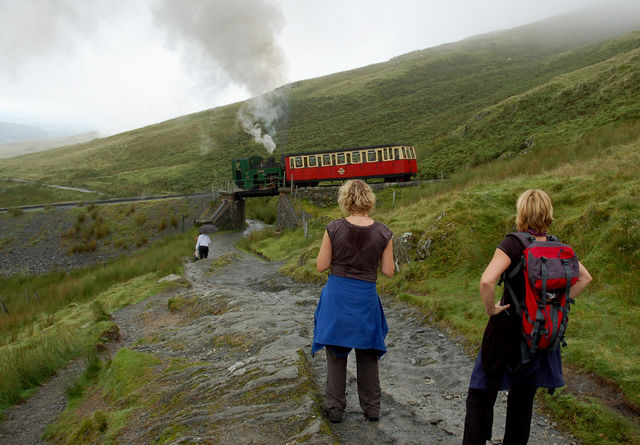 an easy ride for those on the train 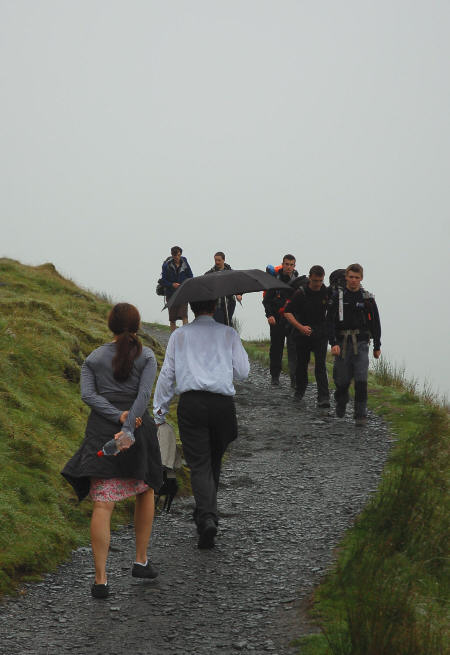 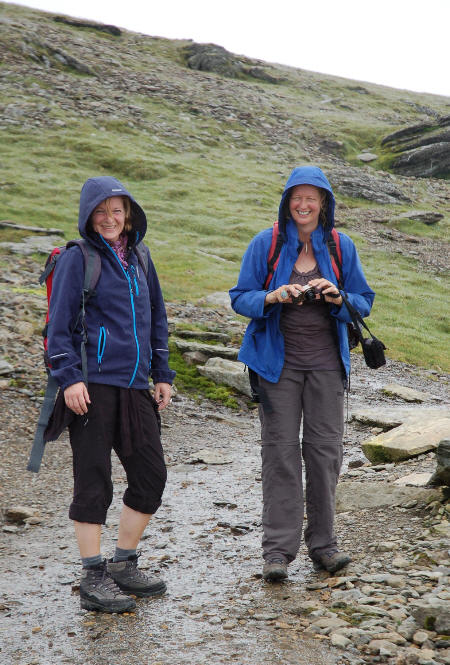 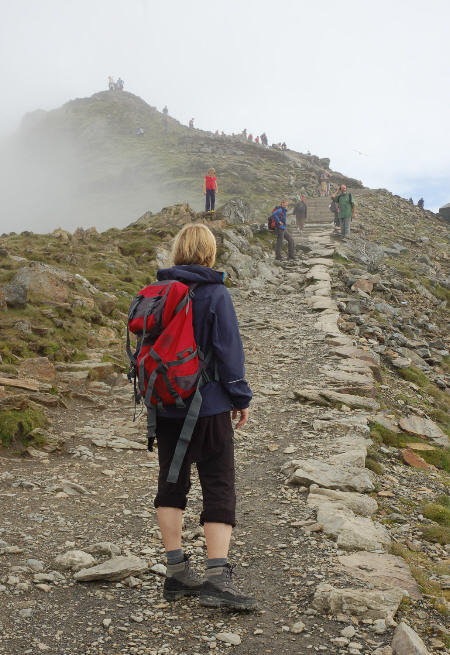 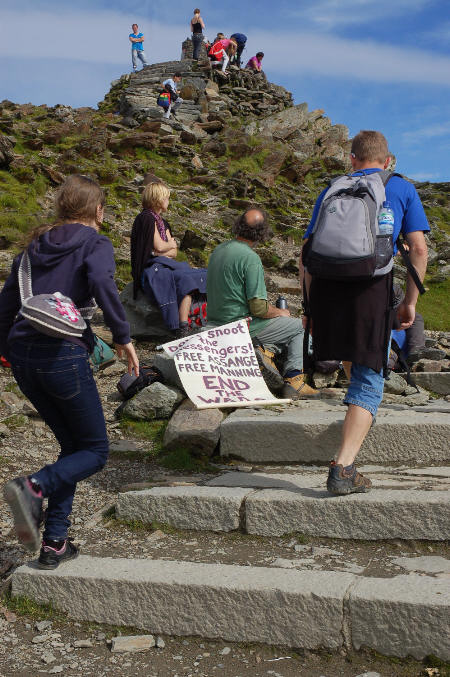 banner on display as we rest 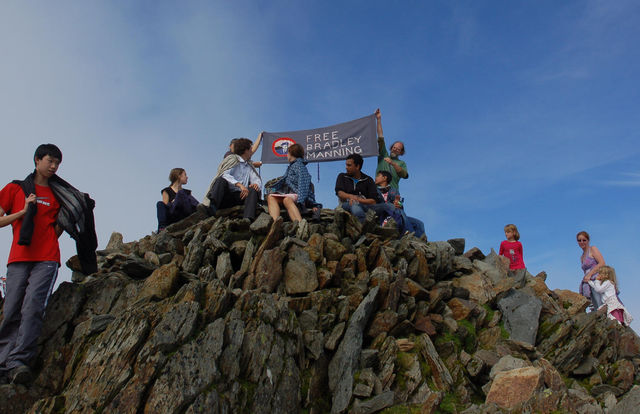 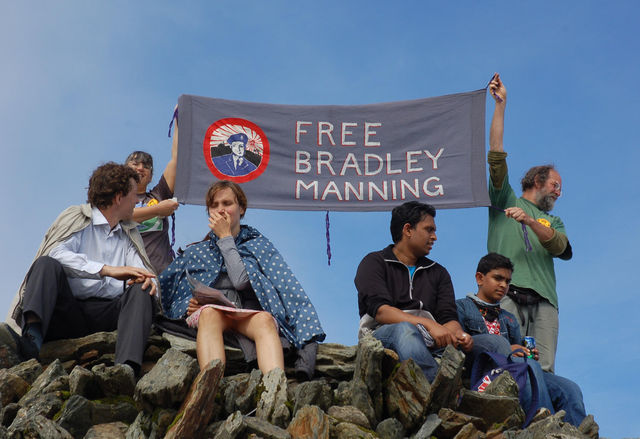 right at the summit 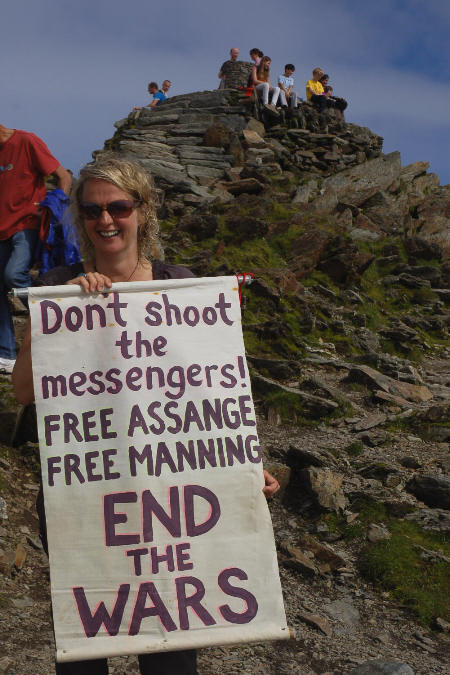 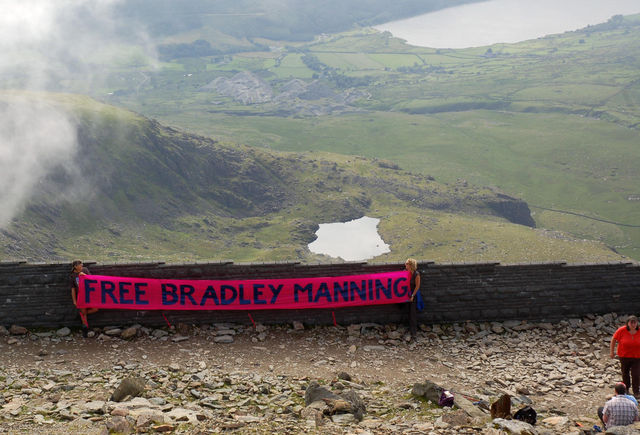 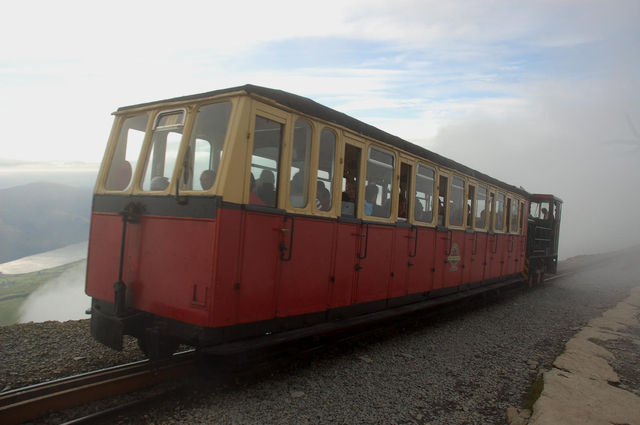 the train heads back into the mist 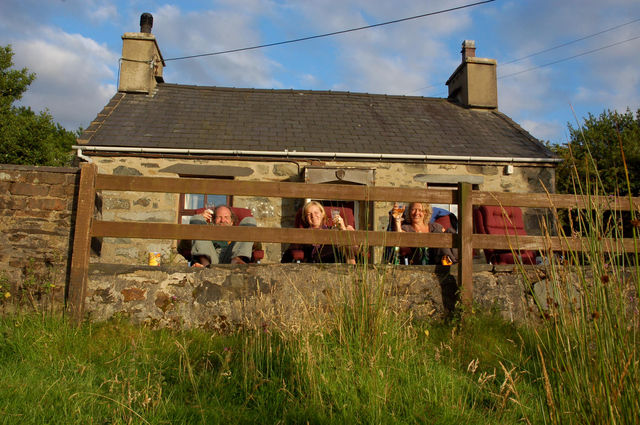 quenching our thirst back at the hut 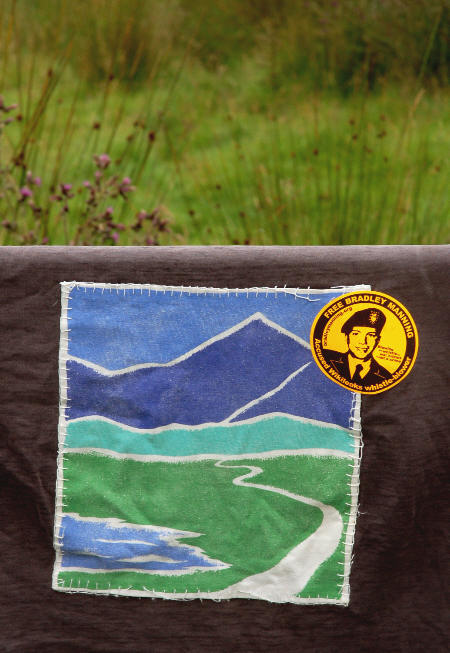 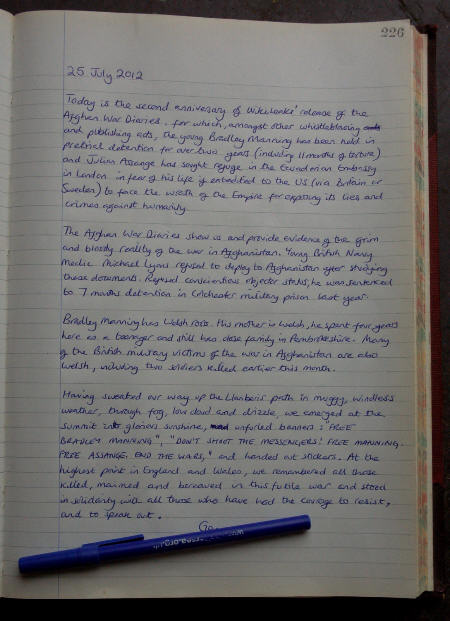 See also original WISE Up blog post, press release, this article about the anniversary and the call-out on bradleymanning.org

The War Diaries provided indisputable evidence about the real nature of the futile and bloody ongoing conflict in Afghanistan. Yet, two years later:

Taking action in Wales for Bradley Manning, Julian Assange and others

The highest mountain in England and Wales, Snowdon rises some 1,000 metres above sea level. Reaching the summit via the Llanberis path entails a climb of almost 900 metres with the mountain railway running within sight of the path for most of the ascent, allowing passengers to wave cheerily at those plodding along on foot.

The weather conditions were muggy and windless on Wednesday as we sweated our way up the mountain from Pen Ceunant Uchaf above Llanberis just after lunch. We encountered fog, low cloud, drizzle and many fellow walkers heading in both directions as we slowly gained height.

Approaching our destination some three hours after departure, the clouds began to part to reveal the summit ahead and we emerged into glorious sunshine and crowds of tourists who had arrived via the mountain railway as well as a smaller number of hillwalkers who had got there under their own steam.

Banners on the summit

We unfurled our banners: “FREE BRADLEY MANNING” and “DON'T SHOOT THE MESSENGERS! FREE MANNING. FREE ASSANGE. END THE WARS”. We handed out stickers and answered questions about the action, then rested in the sunshine just below the summit to prepare ourselves for the return journey.

Remembering all the victims of the war in Afghanistan

We took this action to remember all those killed, maimed, traumatised and bereaved in this futile war and to stand in solidarity with all those who have had the courage to resist and speak out.

As we stood on the summit - the highest point in England and Wales - looking out across the landscape, our thoughts were, in particular, with accused whistleblower Bradley Manning who has Welsh roots and who has been held for two years in pretrial detention, who has been denied his rights and subjected to torture at the hands of the US; with WikiLeaks' Julian Assange who has sought refuge in the Ecuadorian Embassy in London in fear of his life if extradited to the US either from Britain or Sweden; with Michael Lyons, the British Navy medic who was jailed last year for resisting the war in Afghanistan having studied the Afghan War Diaries.

Back at the hut, we rested our feet and quenched our thirst, had forty winks and wrote an entry in the log book to inform other hut users about the action.

Lovely photos and report and always good to take protest right to the top.
Following the railway line up from Llanberis may seem the logical way up Snowdon but it's also the longest, dullest and most tedious route as it starts from a low altitude and is pretty much a straight line. For future political ascents, I'd highly recommend starting from the top of the Pen Y Pas and following the old miners track around Llyn Llydaw and then into the stunning glacial bowl of Glaslyn from where a zig-zagging path leads to the summit.