Migrants in Calais have been under increased attack as border security has been stepped up and the town has been "cleansed" for the arrival of tourists and athlete training camps. In the games without borders demo on Saturday 28 July migrants and supporters defied the clampdown to enjoy some unofficial games of our own. 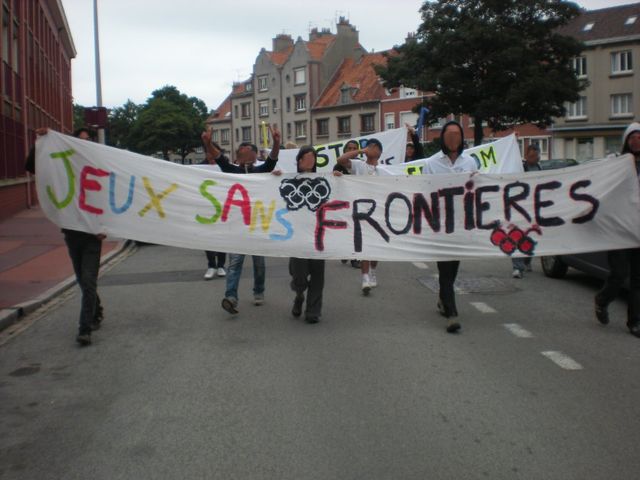 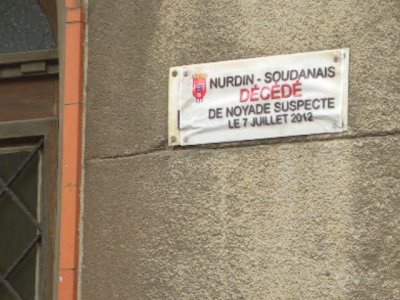 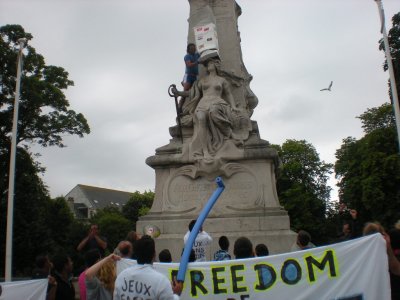 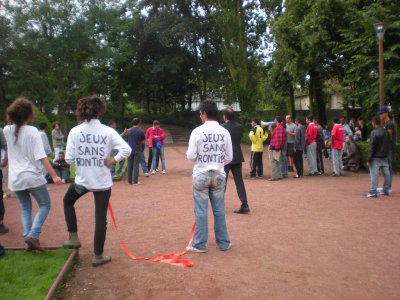 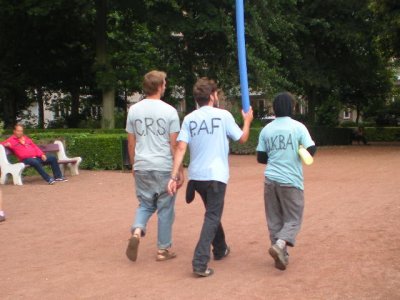 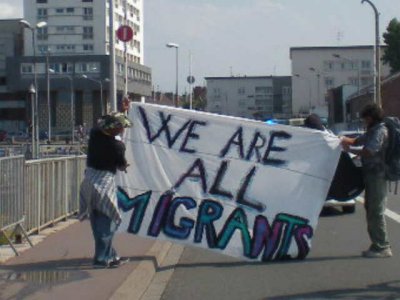 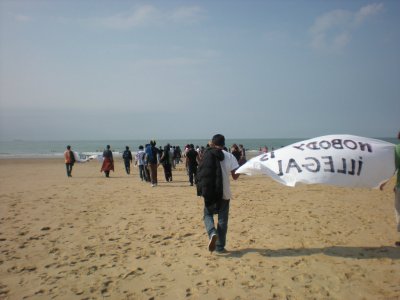 In Calais as everywhere, refugees, migrants, and all people without the right official documents are world champions in endurance and survival events. Each day involves hours of dedicated training in escaping police harassment. The quest to cross the border to England is a momentous sporting challenge in the journey of a lifetime. To make the race still tougher, at each olympic games governments deploy stifling security measures under the pretext of anti-terrorism. In Calais, recent weeks have seen mass arrests, beatings, and evictions. In the "Games without borders" event on Saturday 28 July, we celebrate our fighting spirit as cross-border athletes.

The Calais region authorities tell us that they are "welcoming the world" for the olympic games. People arriving from Sudan, Afghanistan, Ethiopia, Eritrea, Palestine, Mali, Kurdistan, Syria, Somalia, Iraq, Lybia, Albania, Pakistan, Tunisia, Egypt have all been welcomed ... with a closed border, arrests, beatings, detention centres, and constant harassment.

-- A counter-olympic procession through the town with about sixty people, including refugees of many different communities. We had hoped to stop at the town hall to add a new monument to the mayor's collection of giant sweetie-shaped sculptures decorated in national colours. But the march was blocked at the town hall by police lines. Instead we added our new sweetie to the monument in the square in front of the town hall.

-- The celebratory procession continued, taking the road all the way, through the town centre, with lots of people out in the street, and a very positive welcome. The cops followed en masse but didn't interfere.

-- The main athletic events were held in the counter-olympic park (also known as Parc Richelieu), a picnic, music, and a running race with the added obstacle of "border guards" and "riot police" trying to block the contestants.

-- Then the aquatic games at the beach. Diving, acrobatics, ball games, and an evening swimming event in the channel (joined by police speedboats).