Racism Rife Against A Muslim Family Playing Chess For England

The father of 3 children playing chess for England in Austria has made an appeal for support due to racism encountered by his family at the hands of England's chess delegation team. ‘I would be grateful if you could find the time to email the Director of Junior Chess & Education of the ECF, (

director.juniorchess@englishchess.org.uk) Phil Ehr and support my contention that the Watleys & Weavers should be sent home.' From Right to left - Ibrahim, Yousuf & Ieysaa Bin-Suhayl pictured at their home 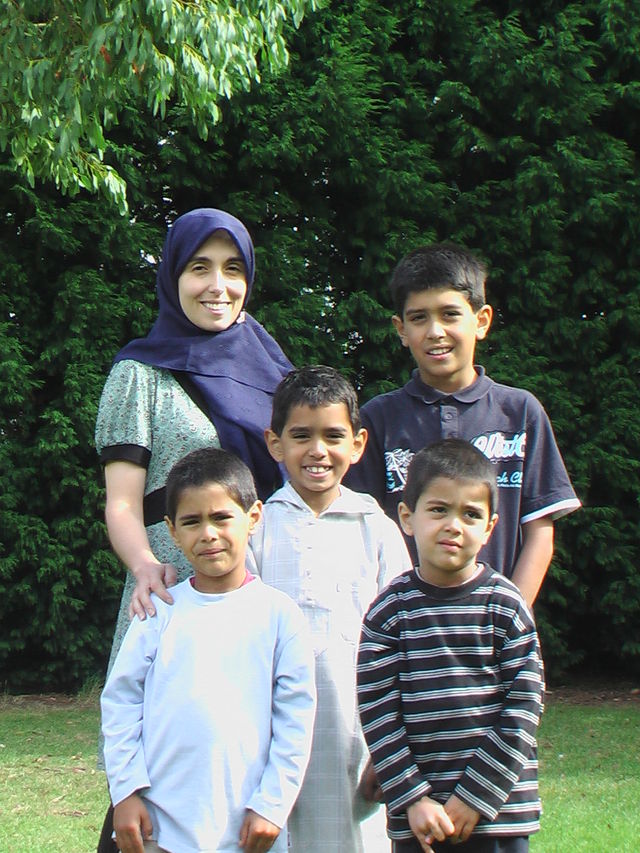 The children with their mother and youngest brother at their home in Cambridge.

Yousuf, Ibraheem and Ieysaa bin-Suhayl (aged 13, 10 and 7 years respectively) from Cambridgeshire are representing England in chess, at the European Union Youth Championships in Austria. The Championship commenced in Mureck on 31st July and ends on 8th August 2012. The brothers accompanied by their mother have travelled to Austria upon receiving an invitation by the English Chess Federation (ECF).

Last week, the children’s father Sohale, raised his concerns to Phil Ehr, Director of Junior Chess and Education of the ECF about the racist behaviour and treatment of his wife and son’s in Mureck, by other members of the England chess delegation. Today, due to an escalation of the situation and his concerns for the safety of his family, Sohale has made his appeal public and wrote: ‘Unfortunately, other members of the England team have taken a violent dislike to this Muslim contingent. The boys aged 13, 10 and 7 have not been provided halaal food and were expected to eat cold boiled eggs and bits of bread. They have had to ask their coach not to drink alcohol while teaching them chess and they have had to sit segregated from the rest of the England contingent because the delegation is unwilling to give up alcohol. Matters have been so stressed that my wife has been publically spat at, sworn at and physically abused by members of the English delegation called Watley and Weaver.‘

Sohale was unable to accompany his wife and children to the Championship due to child care needs of their younger two children at home. Sohale's wife Tomasina wears a headscarf and both herself and Yousuf are observing the month of Ramadan whilst in Mureck. The intimidation and harassment against this Muslim family appears to have started at the onset of this championship. Sohale confirmed he has been emailing Phil Ehr alerting him to his concerns about the circumstances, welfare and treatment of his family in Mureck. Phil has responded generally with disregard to his concerns, advising that he will wait until after the tournament is over to investigate them.

Sohale's concerns for the welfare of his wife and children in Mureck have fallen upon deaf ears. The failure by Phil Ehr to act has enabled the situation to escalate. This evening having spoken to his wife, Sohale confirmed, ‘the head of delegation, Dave Regis, advised the Muslim family not to return to their hotel because he was worried for their safety in light of physical threats being made against the Muslim family and in particular against 13 year-old Yousuf. The Muslim family had to be escorted back to their hotel by the Austrian police.’

Sohale explains, ‘I have repeatedly communicated with the English Chess Federation (ECF) to take action for the security of my family, but in vain. The ECF should ban the culprits from the delegation and send them home as they have brought shame to the nation at a time when England is hosting the whole world for the Olympic Games.’

Sohale has asked for your support, ‘I would be grateful if you could find the time to email (

director.juniorchess@englishchess.org.uk) the Director of Junior Chess and Education of the ECF, Phil Ehr, and support my contention that the Watleys and Weavers should be sent home in disgrace. Alternatively, if you do not agree you may give him your opinion of the correct course of action.’

Speaking to Sohale today about how these events are impacting upon his children trying to compete in the championships he replied, “Ieysaa is doing well and currently leading the tournament, he is a wonder child in Chess. The pressures are certainly impacting upon Yousuf (the eldest); he has had to stand up to defend his mother against abuse from members of the England Delegation”. Sohale confirmed that his family are the only ethnic minority team participating for the England team. Sohale said, “The ECF should be ashamed of themselves. Chess is a game where ethnic minorities in the UK are disproportionately over represented. The ECF has no diversity policy or training to provide the correct provisions for ethnic minorities. They are completely out of touch in contrast to other sporting organisations in the UK."

Assalamualaikum, peace be upon you