Banner drop and police attack against activists in Calais

There were 5 arrests and one injury 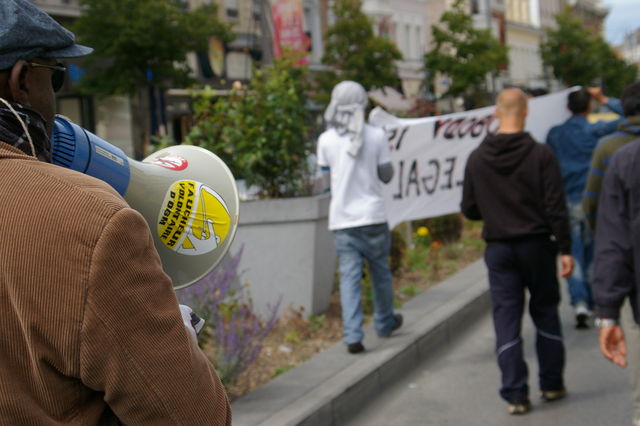 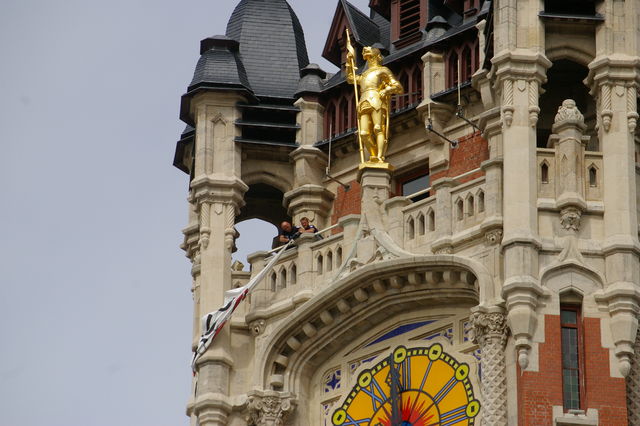 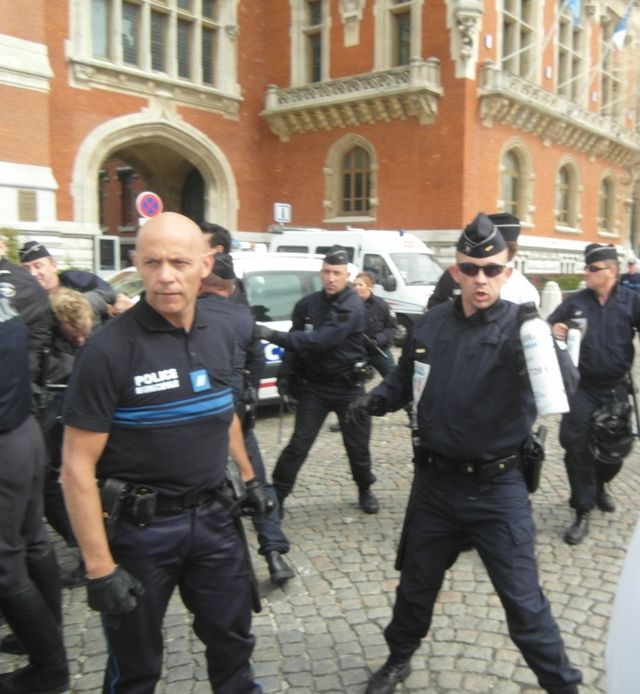 The friendly face of French policing 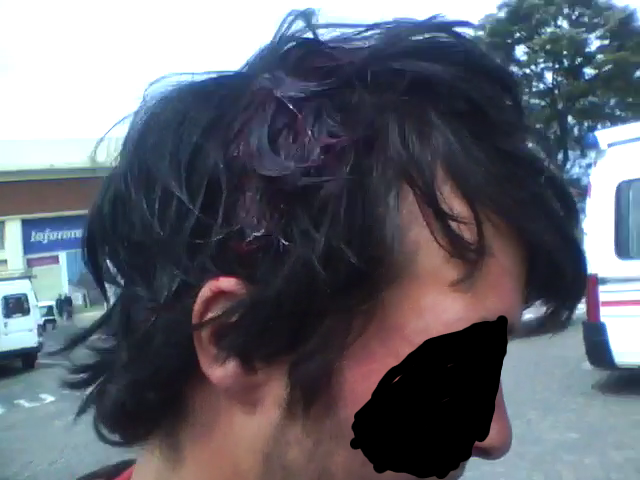 head injury sustained by the drum

On the 7th of August 2012 No Borders held a demonstration to commemorate the death of Noureddin Mohamed, who died one month ago in suspicious circumstances. He died just some 200 metres from the Sub-prefecture (government office) where he had recently been granted leave to remain in France as a refugee.

Noureddin was last seen at approximately 3 AM. According to Noureddin’s friends, as they left a bar near the main street Rue Royale, they were once again stopped aggressively by the police. Noureddin and his friends split up, and Noureddin left alone on his way home. Minutes later he was dead. At 3.30 am, his body was dragged out of the canal 200 metres from the Sub-Prefecture.
Noureddin’s friends do not believe that his death was an accident. And they do not believe the official story, which was immediately parroted without further investigation by the local press. According to the police, Noureddin stole a mobile phone from a woman, her friends chased him, and Noureddin jumped into the canal where he drowned. Everyone who knew Noureddin insists that he was not a thief, and had never done anything like this. Nor do they believe that he simply “jumped”. The police have provided no evidence for their story, except the word of the three people who are supposed to have chased Noureddin.

The intention of the demonstration was to draw attention to death, and ensure he does not become another empty fatality statistic from the borders of Fortress Europe. We also want the authorities to reopen the case. The demonstration drew about 60 people and passed off peacefully, starting from the food distribution centre and moving down the main street of Calais. Flyers were distributed on route and were generally received positively.

Simultaneously, activists infiltrated the tower of the town hall to drop a banner saying “justice for Noureddin.” Although the banner was deployed successfully, it was immediately and dangerously tampered with by security and police officers so that it could not be read. 4 activists were arrested after having deployed the banner.

At the same time, the main demonstration was passing the town hall as the detained activists were being taken to the arrest vans. A scuffle ensued. During this scuffle, the police arrested another activist, violently wrestling him to the ground and kicking him several times whilst he was being held down. Another police officer picked up a hand drum and used it to beat an activist, who later had to be taken to hospital requiring three stitches. The demonstration subsequently moved to the police station where the arrestees were being held. We are still awaiting the release of the detained activists, and suspect that they are being held for the full 48 hours. Meanwhile, the daily humiliation and repression of migrants continues. 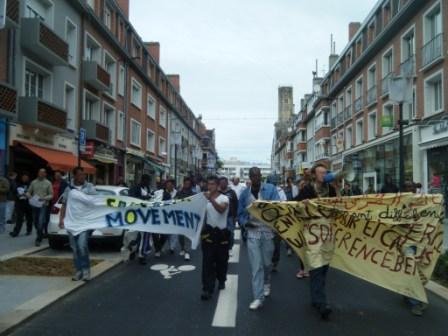 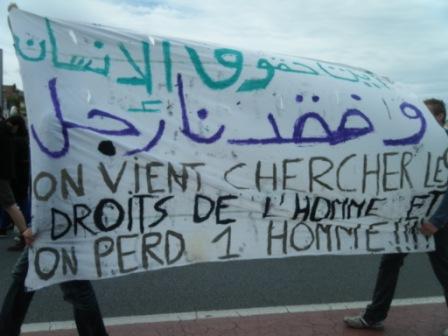 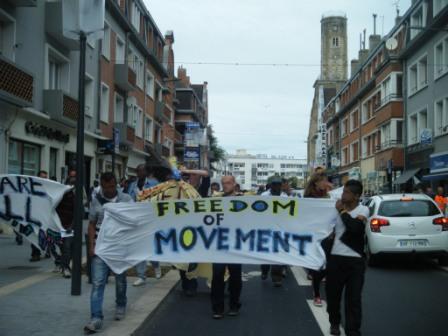