New design for flyers for Bradley Manning and Julian Assange.

We've had some printed up as double-sided postcards and the first of them were distributed around Liverpool yesterday. 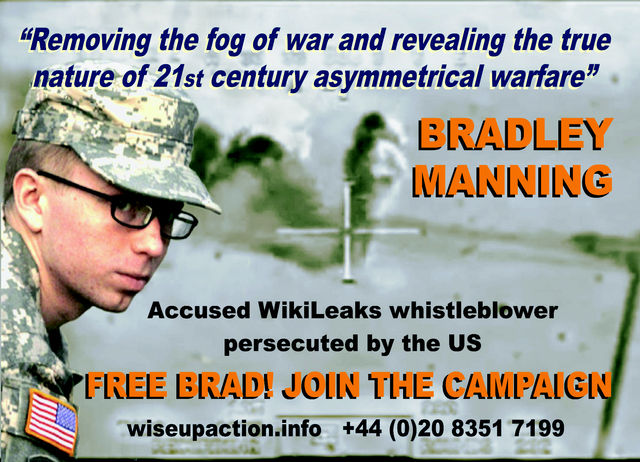 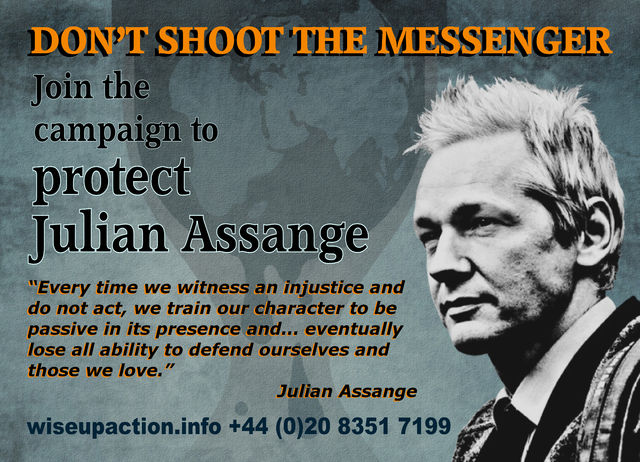 Bradley Manning has now been held in pretrial detention for over 800 days by the US, who have tortured him and meted out other extra-judicial punishment for having the courage to tell the truth about the wars and malicious US meddling around the world.

Julian Assange is also being persecuted at a distance by the US for sharing these truths with the world through WikiLeaks. He has been under virtual house arrest for over 600 days and for the last 7 weeks has sought refuge in the Ecuadorian Embassy to avoid extradition to Sweden from where he could be extradited to the US on charges that carry the death penalty.

To defend Bradley Manning, we must educate the public about WikiLeaks:

While Julian remains in the Ecuadorian Embassy in London, there is an ongoing vigil outside every day.
Flat 3B 3 Hans Crescent, London SW1X 0LS