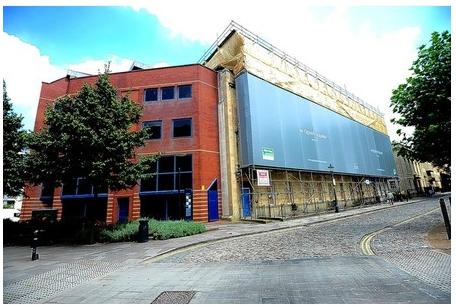 There has been an illegal eviction tonight by Avon & Somerset police of 66 Queen Square, a former Building Society, in Bristol City Centre - several people are resisting on the roof overnight - support is needed tonight and tomorrow - including food, water, rope and clothing.

This is in the context of senior local police who are itching to use their new-found powers of to criminalise the homeless who squat empty residential properties. However this is a commercial property so the police cannot use the new laws criminalising homeless people in this case.

The squat was the subject of an article in the local Daily Mail owned Northcliffe paper The Post last week.

Inaccuracies in that article include: