One of the more than two million emails from Syrian political figures, ministries and companies which WikiLeaks began exposing in June reveal that Finmeccanica, an Italian defense giant with extensive interests in Bristol, supplied communications equipment and expertise about helicopters to the Syrian regime, even after it had launched a violent crackdown on protests. 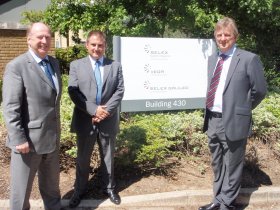 According to a report in the British Telegraph, the leaked emails appeared to show that Selex, a subsidiary of Finmeccanica, was selling radio communications equipment worth 30 million pounds to the Syrian police in May 2011, the same month that the European Union imposed an embargo on the regime, prohibiting the export of weapons and equipment that could be used for internal repression.

The Tetra radio equipment, including 500 hand-held VS3000 radios, was apparently destined for police deployed to a suburb of Damascus, the report said. The e-mails also appeared to show that as recently as February 2012 engineers from Selex travelled to Damascus to give training on the use of the communications technology, including how it could be installed in helicopters.

Chloe Marsh of BAAT said “Selex are morally bankrupt they are arming various different nations who have defied UN treaties including Israel, and now Syria, this is not the kind of company who belong in Bristol”. Although it seems one of our local MP’s would disagree the picture is Jack Lopresti MP for Filton and Bradley Stoke visiting Selex Systems, Bristol Business Park, Frenchay. July 2011. His blog states that Selex are part of the Finmeccanica group, and employ around 200 people in their Bristol office.