On Saturday 200 people attended a second protest in memory of Kingsley Burrell who died in Police Custody in March 2011.

A year after the death of Kingsley Burrell no one has been charged and his body has still not been released to his grieving family for burial and a full inquest has yet to be held. 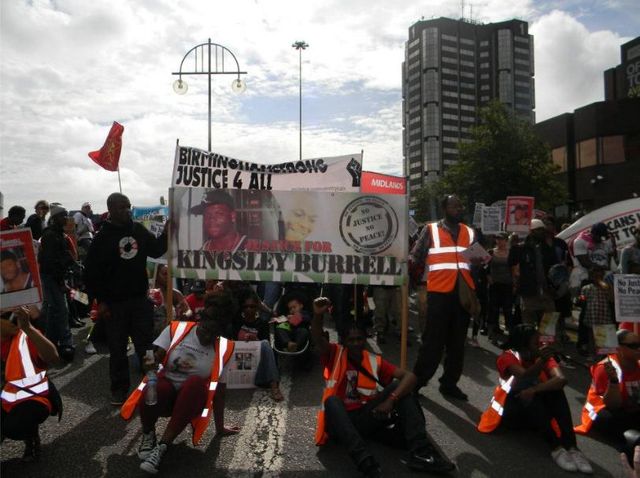 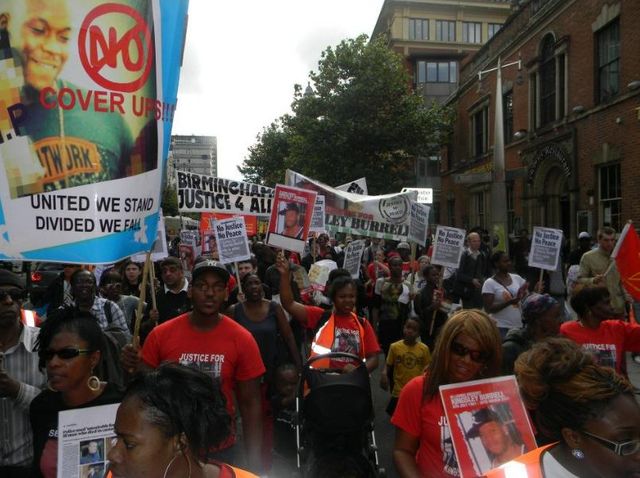 Kingsley Burrell, 29, dialled 999 after being threatened by a group of men while with his young son in Icknield Port Road, Birmingham, on March 27 last year.
But when officers turned up they detained the trainee security guard under the Mental Health Act – despite his family saying he had no history of mental illness.

Within hours Mr Burrell was sectioned and taken to a mental health unit in the city, where his family claim he had mysterious physical injuries and was not allowed to speak to them.
Three days later, police were called to the Mary Seacole mental institute in Winson Green after an “incident” involving the dad-of-two and he was transferred to the Queen Elizabeth Hospital, where he died on March 31 2011

The demonstration started in Summerfield Park off Dudley Road and marched very slowly to Centenary square, Broad street blocking the roads as it progressed. The demonstration was accompanied by a large sound system on a lorry and speakers from the family.