Sun 19 Aug: Julian Assange addresses his supporters from the Ecuadorian Embassy in London

Hundreds of supporters of Julian Assange gathered outside the Ecuadorian Embassy in London for Julian's first public appearance since taking refuge there and seeking asylum in Ecuador exactly two months ago. Ecuador announced its decision to grant asylum on Thursday, but the British government is petulantly refusing to do what even the most repressive government would do in similar circumstances, namely grant Julian safe passage out of the country. 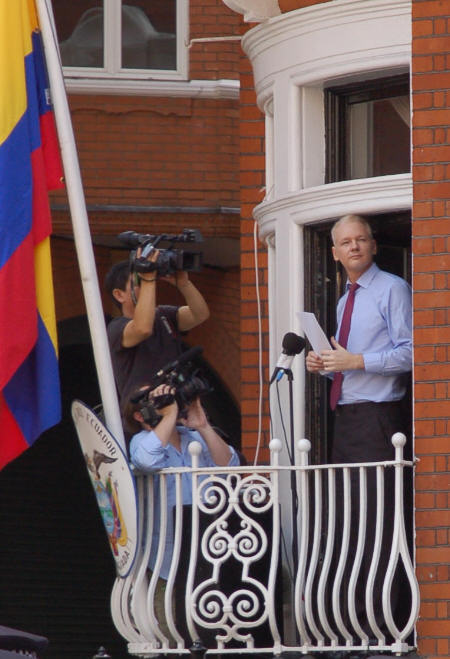 Julian Assange appears on the balcony of the Ecuadorian Embassy 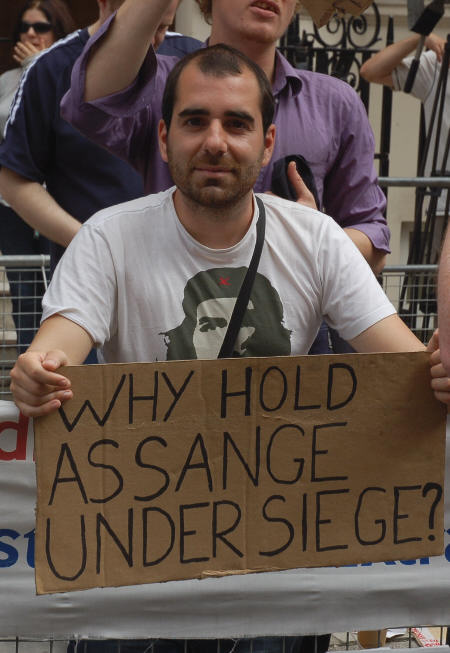 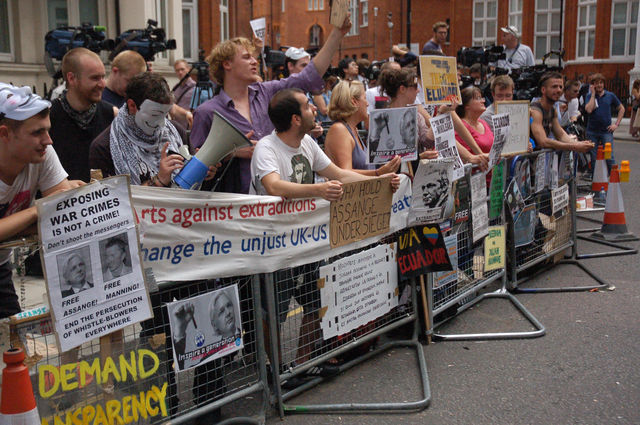 supporters and media in the pen 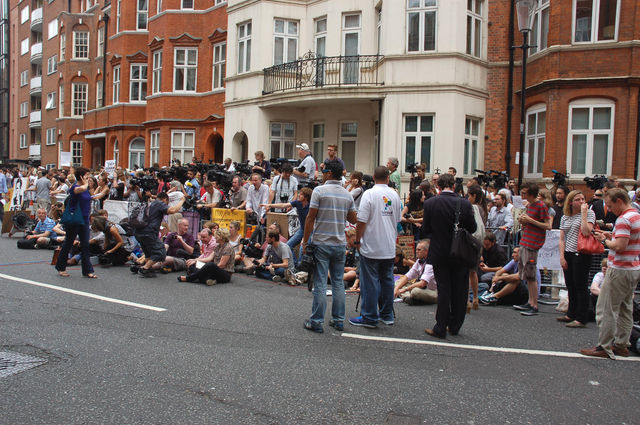 the crowd spills out onto the road 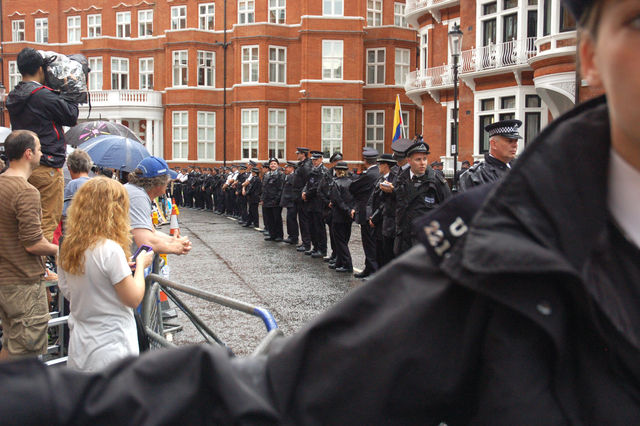 cops clear road to 'keep traffic moving', then block it themselves 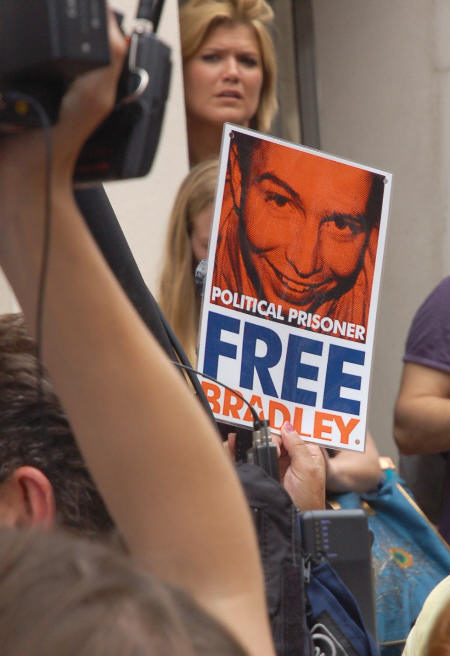 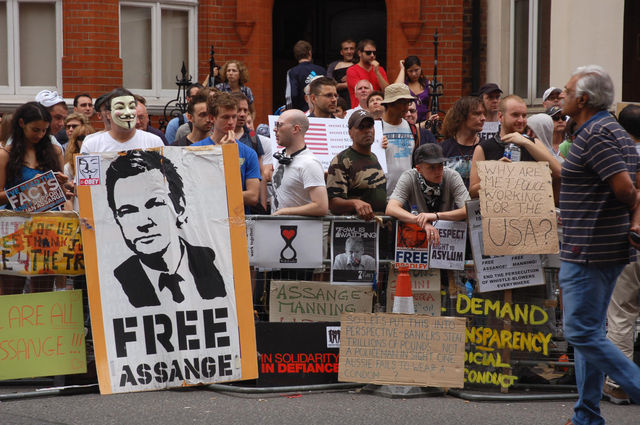 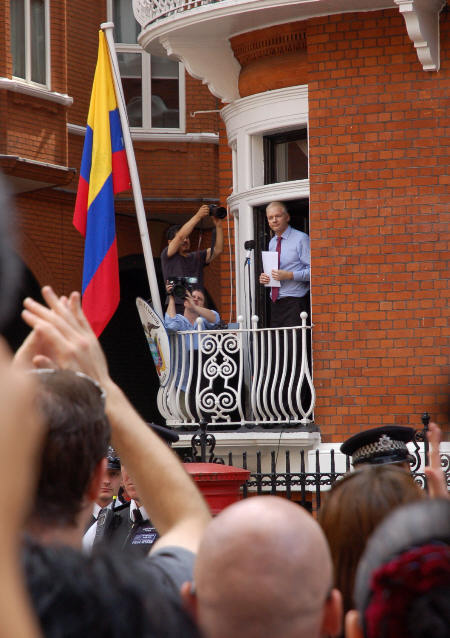 Supporters applaud Julian as he appears on balcony 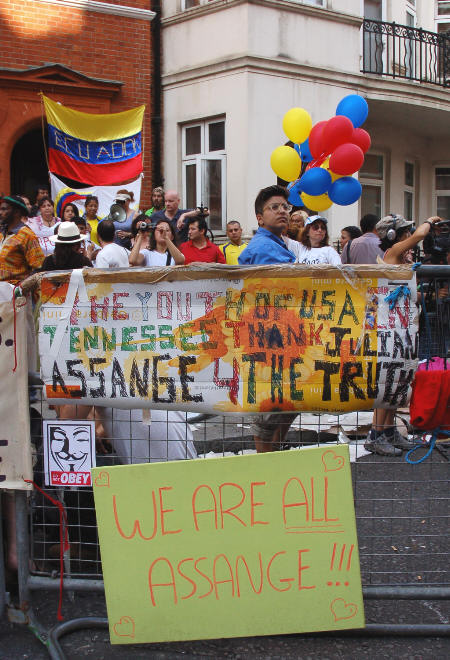 Ecuador contingent in the background 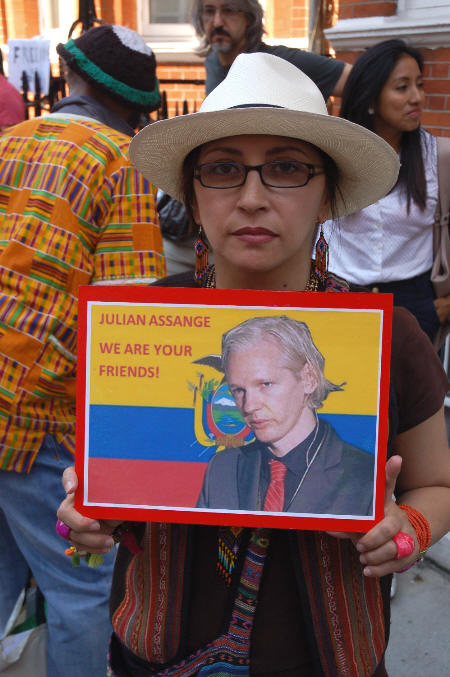 We are your friends 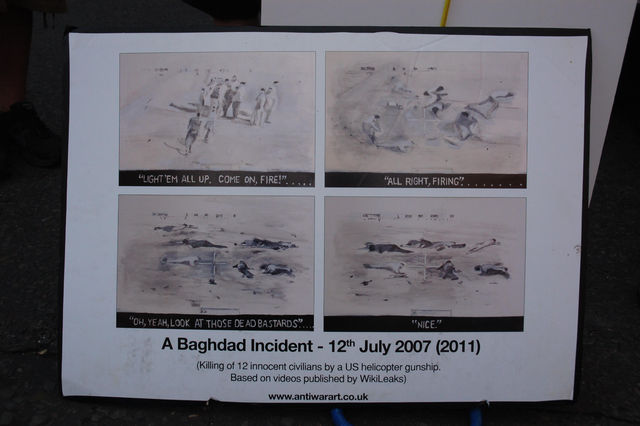 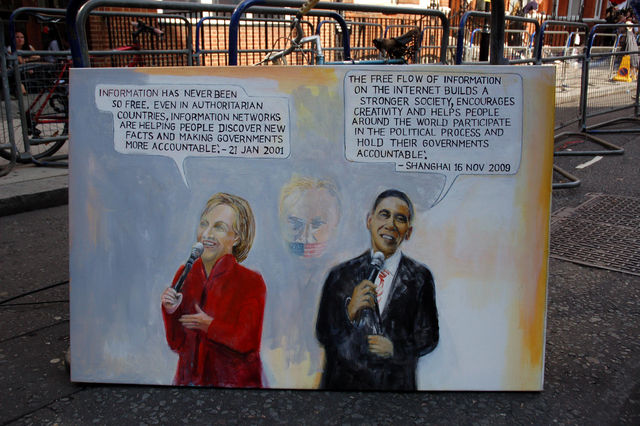