Is West Nile Virus In The US Really Mad Cow?

Pictures are of Stanley Prusiner, Nobel winning discoverer of the prions in Mad Cow and of Howard Lyman, who was twice sued by the Texas cattle industry and twice won in court.
The article describes the conspiracy of silence in the US re Mad Cow, Mad Pig and the other spongiform encephalopathy diseases. 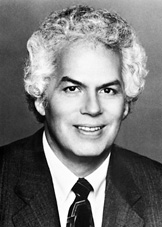 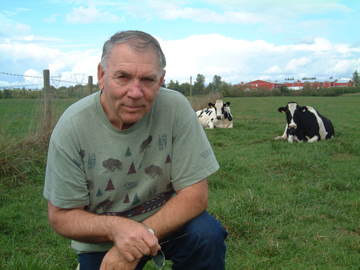 
There are many authorities on Mad Cow, Mad Pig, Mad Turkey, Mad Fish and other spongiform encephalopathy diseases.

One is Dr Stanley Prusiner of Stanford University, Nobel Prize winner, who discovered the prions which cause the diseases. Prusiner left Harvard University when he found his own research was put on the back burner by the animal flesh invested university.

Another is Howard Lyman, fourth generation Montana cattle rancher, who promised God he would get out of ranching if his spinal tumor were healed. On the Oprah Winfrey Show Lyman said that there is a great incidence of Mad Cow in the US and that there was a conspiracy of silence. After he said this Amarillo cattlemen not once but twice sued him for 'libeling meat'. Twice he won in the 5th Circuit Court, since truth is not libel.

A third is Dr. Henry Heymann, a rare truthteller at the World Health Organization, who said on the Canadian Broadcasting Corporation network that Mad Cow could take 50 years to show itself.

A major archivist of Mad Cow articles is Jeff Rense at

The opponents of truth have included the USDA, NIH, CDC, and FDA as well as the trillions of dollars animal and fish flesh industries of the world. Ann Veneman, former head of the USDA, was brought in to the job directly from the American Meat Institute. Tom Vilsack, present Secretary of Agriculture, was a governor of Iowa, someone who catered to the factory farmers and butchers of that state.

Against an army of truthtellers are arrayed the meat and pharmaceutical industry dominated Atlanta based Centers For Disease Control which is now claiming there have been several deaths from West Nile Virus and that swine flu is rampant.

The city of Dallas and local 'health' officials are now spraying lethal poisons on the population of Dallas, causing humans, mammals, birds, butterflies, bees etc. disease or death, rather than telling the population the truth about Mad Cow. Dallas has more deaths than the rest of the country because of its heavy consumption of animal cadaver food (meat).

The CDC does not allow independent laboratories to see the samples or know the names of the sample donors. Like the pronouncements of the Pope when speaking ex cathedra or from the chair, the CDC pronouncements are accepted without question. And the CDC has the colossal arrogance to tell Dallas that the poisonous insecticides they are immersing the community in are safe.

The symptoms of the alleged West Nile Virus are encephalitis and meningitis. Prion diseases such as Mad Cow, Mad Pig, Mad Sheep, Mad Chicken, Mad Fish have often been misdiagnosed as encephalitis or meningitis, leukemia or brain tumor. The USDA and CDC for decades have engaged in a conspiracy of silence about prion diseases in the US. Ann Veneman, former operative for the American Meat Institute, was brought in to head the USDA and before her Dan Glickman. Both participated in the coverup. For this reason, Japan has been reluctant to accept American meat without first running tests on it.

Mad Human Disease is caused by eating animals who have been fed the brain, spinal stem and other nerve tissue of other animals, and not by 'a genetic defect'.

Many websites about Mad Deer, Mad Cow, Mad Milk and many other diseases have been hacked off the internet by muzzlers of the truth while warmonger national media broadcast the press releases of professional CDC liars.

There is virtually no checking of food (the term ‘feed’ is human chauvinist) to remove brain and spinal stem material, food given to billions of chickens and millions of cows, sheep and pigs. Roadkill goes into commercial dog and cat food as do the cadavers of ‘euthanized’ ‘shelter’ animals, who found no sanctuary.

Why do the CDC, NIH and USDA ignore the millions of deaths around the world annually from meat, fish, eggs and dairy? Over half of the world's deaths annually (after discounting war, natural disasters, accidents, famine and poverty) are caused by animal cadavers and animal products. One report states that there are 8.78 deaths per 1000 people a year. In a world of 7 billion people, an average 61, 460, 000 people die annually..

Discounting deaths from childhood diseases, war, accidents, natural disasters, over half of these are animal flesh or animal product related. Yet the CDC rather than warn people of the cancer, heart disease, kidney dysfunction, spinal injuries, food poisoning, rheumatoid arthritis etc. caused by these foods is focusing on under 25 deaths caused by what they falsely call West Nile Virus.

have you been eating a 'Mad' mung bean or 'Mad' Tofu recently ? I'm concerned