Police Liaison Officers are everywhere these days, constantly hanging around ‘engaging’ with protesters. They are being hailed as a new invention, but the role they carry out is not new at all. It’s just that it used to be done by cops in blue bibs called ‘FIT teams’ 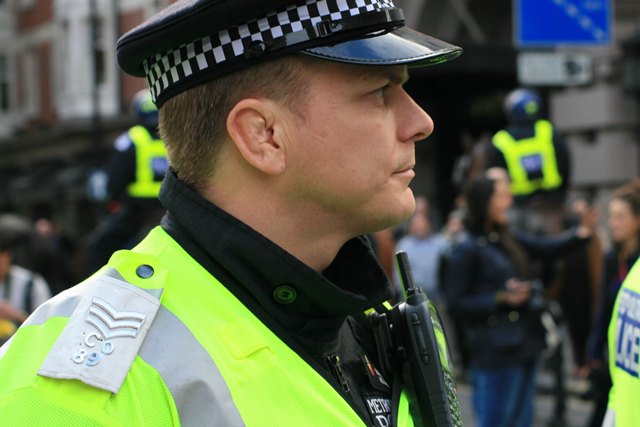 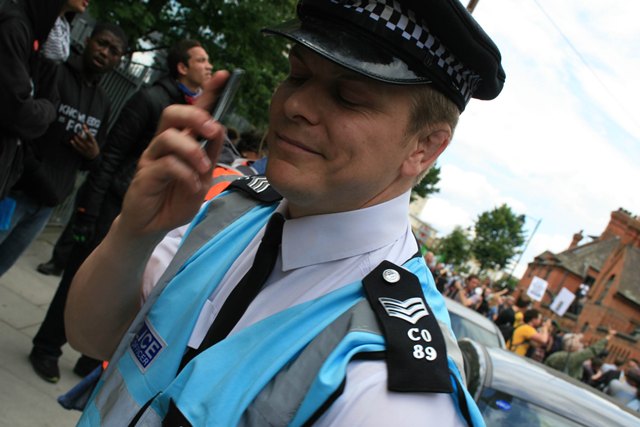 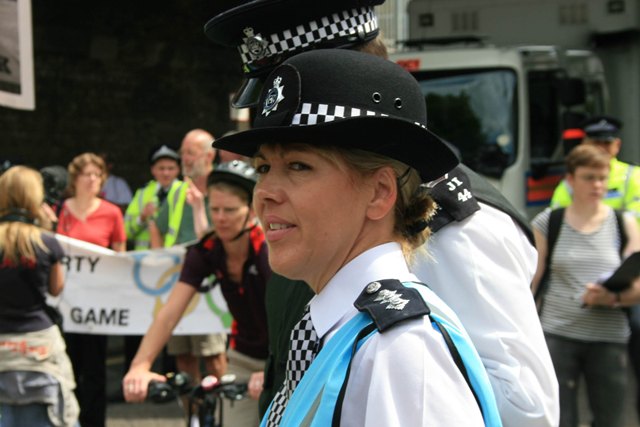 Back before FIT got a bad name (something we hope that Fitwatch have, at least in part, contributed to) FIT used to spend a lot of time ‘engaging’ too. Their original remit included:

• to establish a dialogue with individuals and groups to gather intelligence and information on the changing mood, dynamics, and intent of crowd;
• to monitor marshalling, assembly and dispersal areas;
• to identify prominent participants;
• to obtain information about participants and future events.

‘Prominent participants’ once identified, would then go on the CRIMINT database, and would soon find cameras shoved in their faces wherever they went.

PLO's will work the same way, even if they dont spend all their time taking photos and writing things down in notebooks. At the DPAC protest on Friday regular PLO Chief Inspector Sonia Davis was hanging around asking ‘prominent participants’ if they were organisers of the protest, and suggesting they should hand over their ‘name and contact details’ so she could ‘stay in touch’.

Sonia is the most high ranking PLO we have seen – a little too high ranking for a role that just involves ‘being friendly’. She seems able to have a lot of time off from her role as head of operations at Hackney, as she has been seen at a lot of different demonstrations, including the counter olympics demo, critical mass, and even an EDL protest. But then she does have a background in counter-terrorism - perhaps you can draw your own conclusions.

Other PLOs have history as FIT. Take CO 89 Sergeant Holland, for example, seen with Sonia at various demos. The pics above show him in a previous incarnation – as a FIT officer at the student demonstrations in 2011.

Just because they smile a lot, and leave their cameras at home, does not mean we should accept them or engage with them any more than we would FIT teams. PLO’s are intelligence gathering, building the ever-growing databases on protesters and 'domestic extremism'. They should be resisted in every possible way, and if possible pushed out from our demos - like the Smash EDO people succeeded in doing in Brighton.