I am willing to sacrifice an awful lot to protect the students I serve every day. I am not hurting our kids by striking, I’m striking to restore some semblance of reasonable care for students to this system. 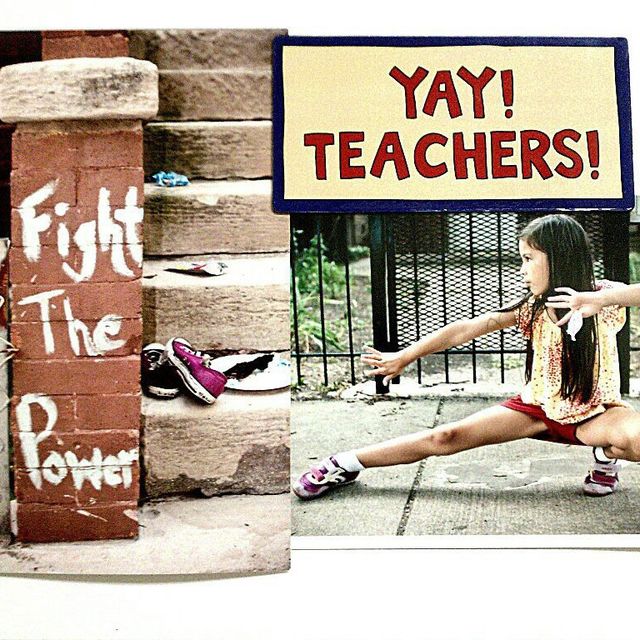 CPS CEO Jean-Claude Brizard is on record saying both that CTU leadership is deciding whether or not to strike, and that “everyone knows that a strike would only hurt our kids.”

I just wanted to educate my boss a little on the history of Chicago, as he is relatively new to the area. Chicago is founded on the hard daily struggle of working people. It is the birth of the labor movement—not a movement just for wages and benefits, but a movement that stopped child labor so that each of the kids in CPS schools could attend school instead of working. It was a movement that stopped the practice of working conditions so unsafe that consumers were eating the actual workers who fell into the mix while they were making hot dogs. It was a movement that fought so that workers could have some tiny measure of time with our families rather than spending all waking hours working for the enrichment of their bosses.

But even more importantly, I wanted to educate Mr. Brizard about what it means to “help or hurt our kids”.
When you make me cram 30-50 kids in my classroom with no air conditioning so that temperatures hit 96 degrees, that hurts our kids.

When you lock down our schools with metal detectors and arrest brothers for play fighting in the halls, that hurts our kids.

When you take 18-25 days out of the school year for high stakes testing that is not even scientifically applicable for many of our students, that hurts our kids.

When you spend millions on your pet programs, but there’s no money for school level repairs, so the roof leaks on my students at their desks when it rains, that hurts our kids.

When you unilaterally institute a longer school day, insult us by calling it a “full school day” and then provide no implementation support, throwing our schools into chaos, that hurts our kids.

When you support Mayor Emanuel’s TIF program in diverting hundreds of millions of dollars of school funds into to the pockets of wealthy developers like billionaire member of your school board, Penny Pritzker so she can build more hotels, that not only hurts kids, but somebody should be going to jail.

When you close and turnaround schools disrupting thousands of kids’ lives and educations and often plunging them into violence and have no data to support your practice, that hurts our kids.

When you leave thousands of kids in classrooms with no teacher for weeks and months on end due to central office bureaucracy trumping basic needs of students, that not only hurts our kids, it basically ruins the whole idea of why we have a district at all.

When you, rather than bargain on any of this stuff set up fake school centers staffed by positively motived Central Office staff, many of whom are terribly pissed to be pressed into veritable scabitude when they know you are wrong, and you equip them with a manual that tells them things like, “communicate with words”, that not only hurts our kids, but it suggests you have no idea how to run a system with their welfare in mind.

When you do enough of this, it makes me wonder if you really see our students as “our kids” or “other people’s children”.
And at that moment, I am willing to sacrifice an awful lot to protect the students I serve every day. I am not hurting our kids by striking, I’m striking to restore some semblance of reasonable care for students to this system. I’m doing to tell you, “No, YOU are the one hurting our children, and you need to STOP because what you are doing is wrong, and you are robbing students of their educational opportunities.

I ask anyone who does remotely care about the kids we teach and learn from and triumph and cheer and cry and grow with., to stand with us and fight for a better future for our kids.

See you on the picket line, my friend.