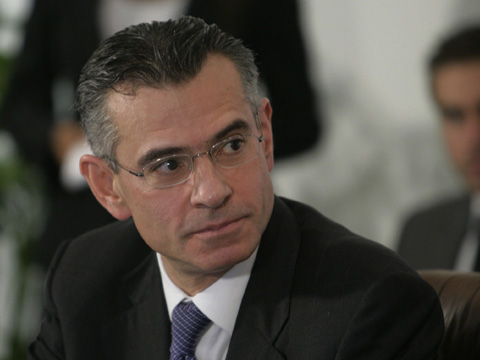 Sources inside the Mexican government refuse to confirm that the Mexico government has been in secret negotiations with China over possible crude oil sales to China without using the US dollar.

China officials claim meetings held with the Mexican government and Petróleos Mexicanos (or Pemex) are for investment and economic growth inside Mexico. Crude oil purchases fall under this heading however officials on both sides in the past have stopped short of publicly discussing crude oil or any talks related to any special agreements relating to crude oil purchases.

Sources inside Mexico claim this week that China has in fact brokered a secret deal with Pemex to purchase crude oil using currency means other than the US Dollar. The details of this agreement are still unknown at this time but China is expected to make a public announcement within the next few days.

Over the past ten years with new trade agreements China has invested billions of dollars inside Mexico. China has helped the Mexican government create jobs and has financially supported investments in the privatization of ports and infrastructure throughout Mexico. Mexico continues to privatize large sectors of its economy and China is line to benefit from additional investments inside Mexico.

Then again in May 2012 Mexico Central Bank boost gold holdings yet again and some of this gold purchased by Mexico’s Central bank has come from China.


These large gold purchases by the Mexican Central bank and the successful restriction of the US dollar from use inside Mexico (as already reported) along with a closer relationship with China and speculation of secret petroleum deals that do not include using the US dollar are sure to raise new concerns in global markets as this story continues to unfold. These strategic moves on the part of Mexico’s Government and Mexico’s Central bank are said to be protective measures to shield Mexico from what it sees as the imminent and unavoidable devaluation of the US dollar. (In layman’s terms the collapse of the US Dollar)

Global finical markets are very concerned with trading oil in other currencies other than the US Dollar as doing so is actually helping to rapidly destabilize the US dollar even further. Russia and China announced this week that they have also entered into an agreement between the two countries to trade crude oil using their own currencies and not the US dollar.

Many experts have warned such actions of replacing the US dollar as the trade currency for crude oil in any country will cause the US immediate, sever, and devastating consequences that could lead to the US Dollar losing its value almost overnight. Factoring in that Mexico is one of the largest exporters of crude oil to the USA this news is especially troubling for the US Dollar.

The US government has voiced these same concerns but with the continued and uncontrollable escalating US debt the United Sates is no longer in a position to prevent other countries from taking these preemptive measures to protect themselves against the devaluation of the US Dollar which is excepted to occur with this next round of quantitative easing (also referred to as QE3) which coincidentally was also announced was underway as of this week.

As more countries around the world openly admit they are losing confidence in the US dollar there is no doubt that the US dollar is in grave peril of imminent and total collapse. In a news conference last week before federal policy makers the Federal Reserve Chairman Ben Bernanke said; “I don't think our tools are strong enough to offset the effects of a major fiscal shock, so we'd have to think about what to do in that contingency"