Sir David and Sir Frederick Barclay, proprietors of the Ritz hotel and The Daily Telegraph living in tax exile in Monaco, are suing the HMRC for £1bn of taxpayers money at a time when the country's public debt is close to a £1 trillion and public services are being cut. 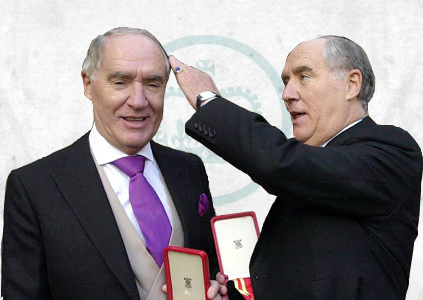 Littlewoods, an online shopping site owned by the tax-dodging Barclay brothers, Sir David and Sir Frederick, could potentially win more than £1bn of taxpayers’ money after the European Court of Justice (ECJ) returned the case to UK courts.

The retailer contests that HM Revenue & Customs (HMRC) should be forced to pay compound interest on VAT that it charged from Littlewoods in breach of EU law. The HMRC has already repaid more than £200 million in overpaid VAT and almost £270 million in simple interest on the VAT since October 2004. However, the Barclay brothers want a compound interest rate and took the case to the European courts.

In the recent ruling, the ECJ said that “a taxable person who has overpaid VAT [...] has a right to reimbursement of the tax collected in breach of EU law and to the payment of interest on the amount of the latter.” And concluded that “it is for national law to determine, in compliance with the principles of effectiveness and equivalence, whether the principal sum must bear simple interest, compound interest or another type of interest.”

With this ruling the Barclay brothers bring the case back to the UK in an attempt to claim £1bn of taxpayers’ money although they themselves live in a tax exile in Monaco.

http://barclaybrothers.wordpress.com/2012/09/20/barclay-brothers-tax-status/). the brothers are registered in the tax haven Monaco, although the business is run out of an office in St. James, London.