Preparing for peace with Wrexham schoolchildren

Grassroots activists, singers, musicians, poets, artists, cooks, holistic therapists, photographers and film-makers along with teachers, members of faith groups and atheists, council officers and others have been working together to bring the subjects of peace, conflict resolution and nonviolent action into the public domain in Wrexham. These efforts resulted in three days of events last week focused around World Peace Day. The first of these days took place in a local school. 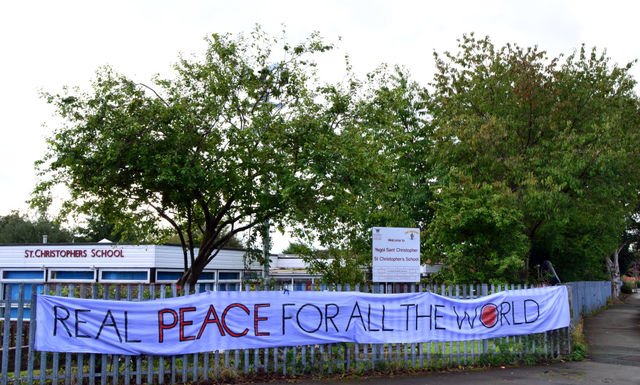 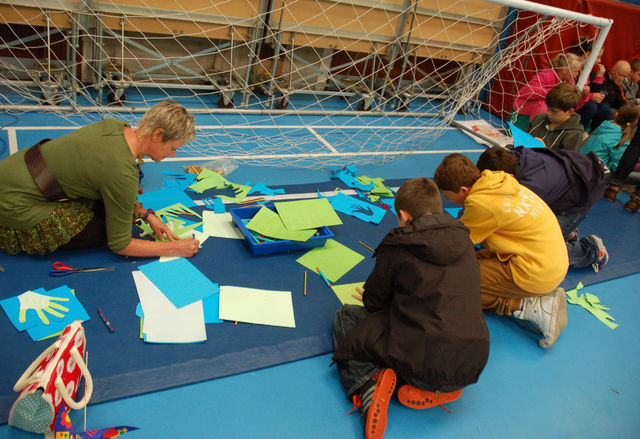 'Hands Up for Peace' workshop 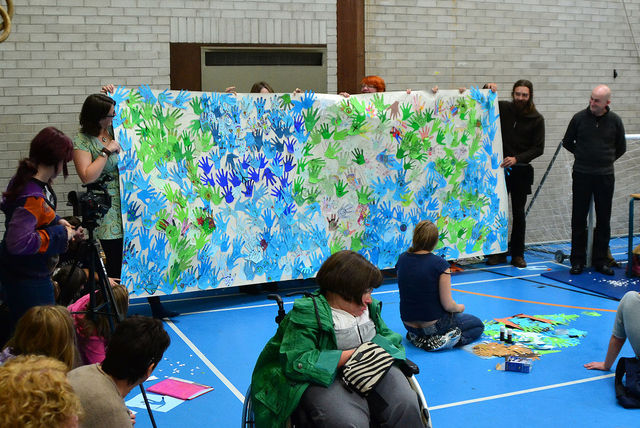 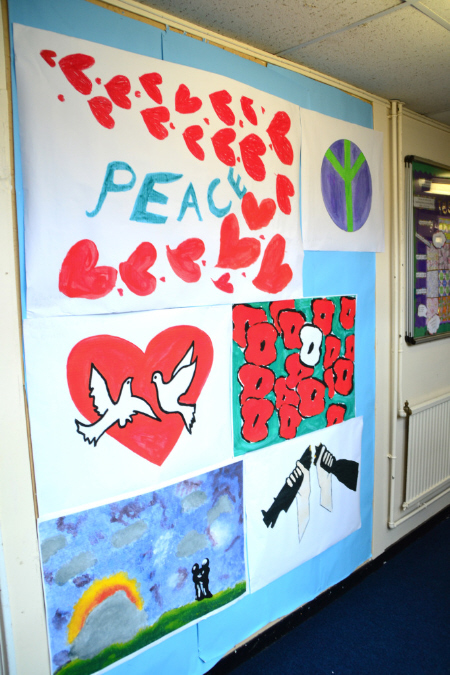 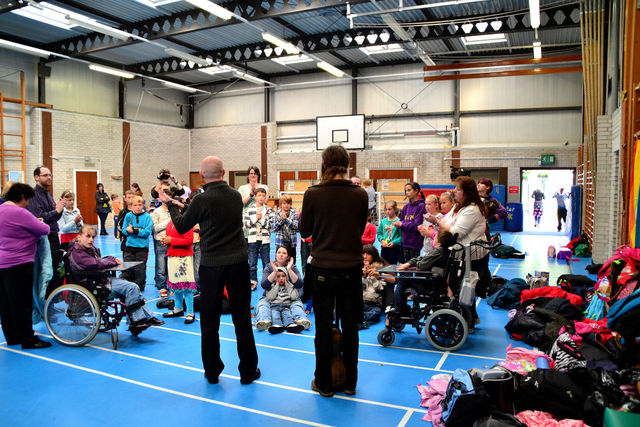 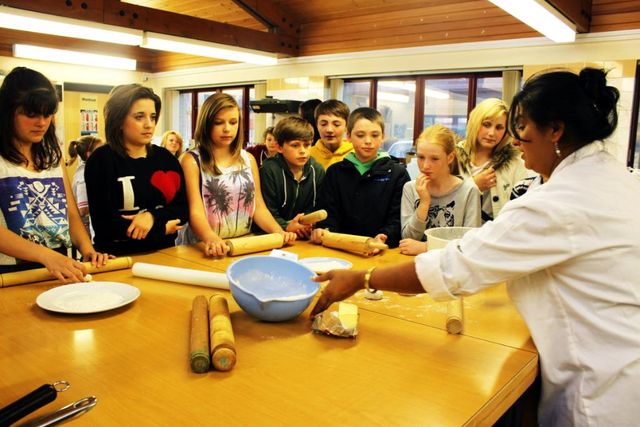 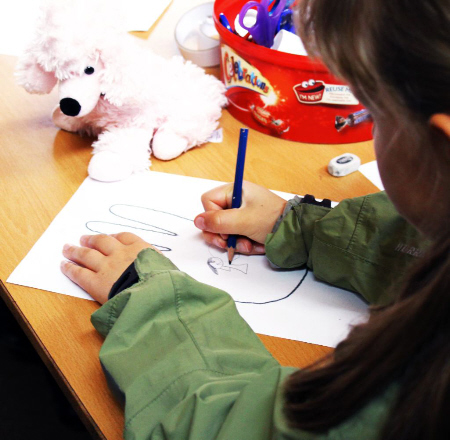 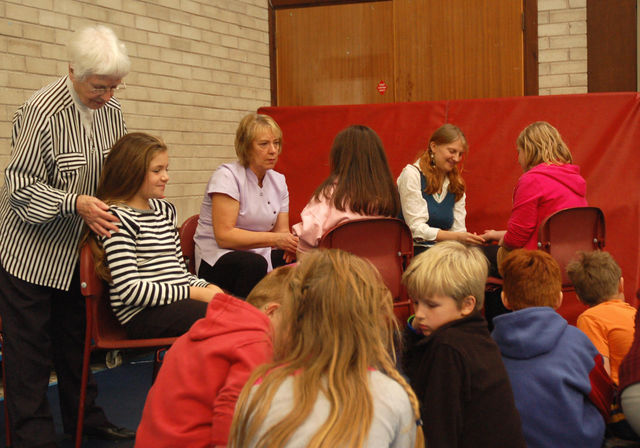 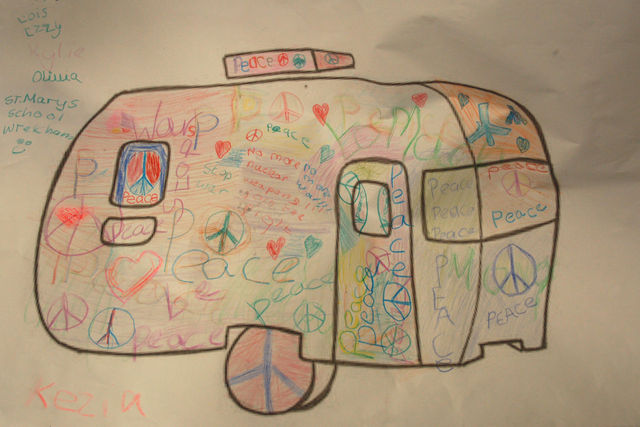 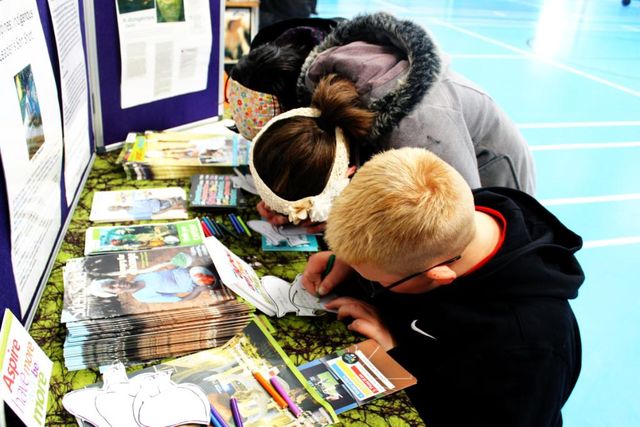 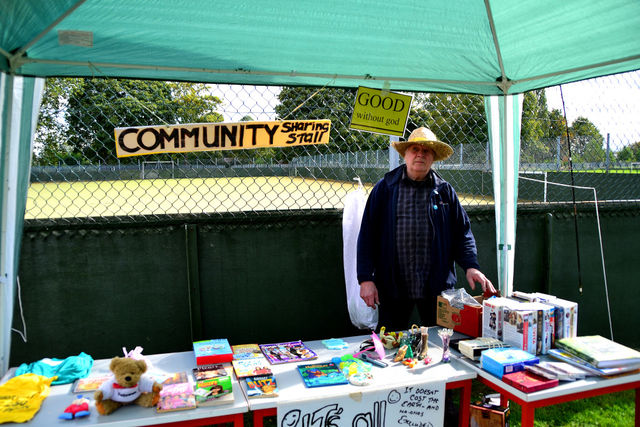 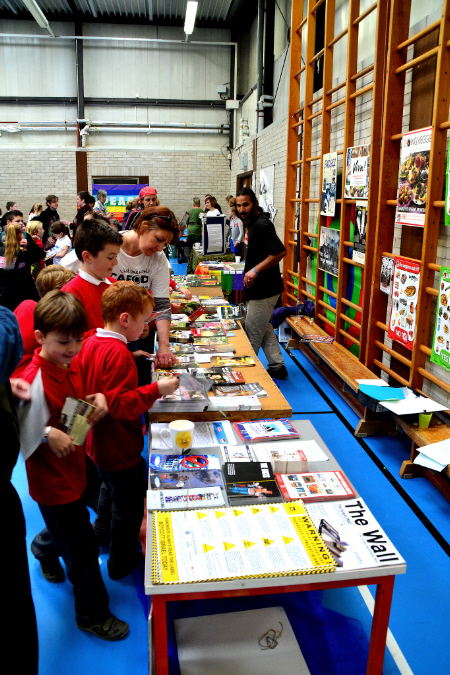 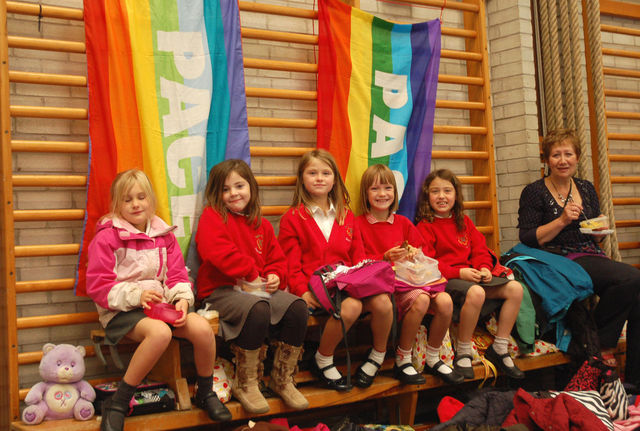 Last year, there was a peace picnic on the library field on 21 September. Reports and photos:

On Friday and Saturday 21 and 22 September, there were free events from midday until early evening each day on Llwyn Isaf, the library green, with live music, free stalls, food sharing, information and activities, and free gigs at Saith Seren cultural centre both evenings.

Peace Day at St Christopher's kicked off with an assembly delivered by the school chaplain, who presented a glove puppet monkey that didn't want nuts and bananas to eat; it was after carrots and lettuce instead because... we couldn't guess... it was in fact a rabbit hiding all the while inside the monkey puppet. This wholly vegan allegorical tale about the contradiction between the face we present to the world and who we are inside was delivered, appropriately enough, to the backdrop of an animal rights stall/photographic display and set the scene for a far from ordinary school day.

After assembly, some of the children took part in a wide selection of workshop sessions in classrooms around the school and in two tipis erected on the school field. The topics covered were

- learning about Sikh 'seva' in a cookery session
- writing a poem for peace
- using our two hands for conflict resolution
- the talking circle and other techniques used to resolve conflict in eco-villages
- the lives of children in Palestine
- the lives of street children in Iraq
- conflict resolution through a youth exchange project in Kenya
- the militarisation of boys
- how an SAS soldier became a Veteran for Peace
- working for nuclear disarmament at Faslane Peace Camp.

Other children stayed in the hall to

- sing together
- have a holistic therapy
- have their hands or faces painted with peace symbols and designs
- decorate their own handshapes with their thoughts and images of peace and add these to the collaborative 'Hands Up for Peace' wall display
- make Hiroshima victim Sadako's origami paper cranes for peace
- design and make a peace badge
- make a windmill for 'whirled peace'.

After a short break, the workshop and activity sessions swapped round for another half hour or so, which took us to lunch time.

Everyone gathered back in the hall or found spaces outside to eat their picnic lunches. During this time,

- art activities and therapies in the hall continued
- children browsed the animal rights, veganism and Palestine stalls
- some wrote messages of solidarity on peace doves at the CAFOD stall to the grieving family of Jordan Manda, the 11 year old son of an Indigenous tribal leader fighting environmental destruction in the Philippines - Jordan was shot dead this month
- the gift economy Give and Take stall outside was open for sharing, with items donated by the children
- there was an opportunity to play some games, chat and relax
- some groups visited the school's peace and multi-faith gardens
- artwork for peace by young people involved in a Black and Ethnic Minorities group was on display in the main school corridor.

After lunch, we came back together in the hall for a series of presentations by the children. These included:

The day ended with everyone singing a song together. As each participant left, they were given a 'Hands Up for Peace' card inviting them to consider the possibility of peaceful nonviolent resistance as a response to violence.

What has been achieved in the longer term by putting together this day remains to be seen but it is the first time we are aware of such a large scale event with a focus on peace and involving grassroots activists being organised through schools in Wrexham. We know that some schools are interested in follow-up visits and activities. We hope that the day will trigger other conversations and peace-related events and that these will continue and build throughout the year. The opportunity to involve children in preparing for peace in its widest sense is very welcome and much-needed.

More photos here (may be used if credited): 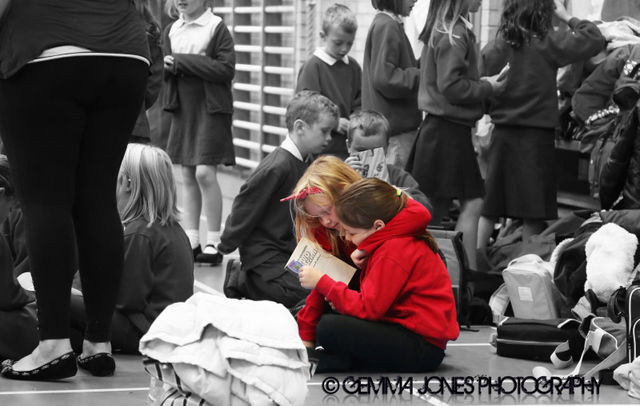 http://tinyurl.com/ctgfdqm
If you use any of the photos, please credit 'Gemma Jones'