Local residents have released further details of the two-day programme of events- including a camp and rally - in Combe Haven Valley this weekend, 29/30 September, to protest against controversial plans to build a £100m link road between Hastings and Bexhill. The group Combe Haven Defenders have gathered experts and entertainers from across Sussex and beyond to join their 'Stop the Road' event. 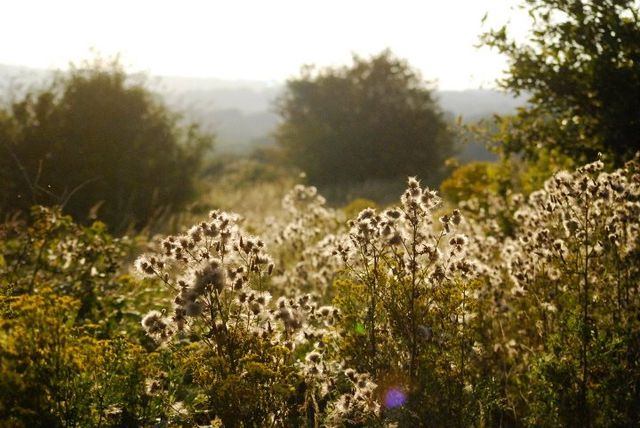 Following a lunch and rally around 1pm, renowned transport campaigner John Stewart will lead a workshop on 'How to stop a road', drawing lessons from the successful '90s anti-roads movement [1]. Local people will also be able to attend an'Introduction to Direct Action with national group Seeds for Change, as they plan the next steps of the campaign.

Families will also be catered for with a workshop and play from environmental youth group The Otesha Project UK, shadow puppetry and story-telling. Local botany expert Judy Clark will be on hand and in the evening participants will be able to stargaze with a professional astronomer.

Local musicians have also rallied to support the campaign, with evening performances promised from Tim Hoyte, Eleanor Lynn, Anita Jardine, Las Pasionaras, Will Davis and Krysia Mansfield. The group have stated that there will be no amplified music and the event will be alcohol-free.

Guided walks to the Camp site will depart on Saturday 29 September from Bexhill Station and Bulverhythe (Sheep Wash bridge) at 11am, and from Crowhurst Station at 12 noon. Details of the Camp's location will also be available on the Combe Haven Defenders' web-site on Saturday morning: www.combehavendefenders.org.uk.

Spokesperson Abby Nicol said: 'We urge people to join us this weekend to see the amazing area that will be destroyed unless we take action to stop it, and to learn about practical ways in which we can all peacefully and effectively resist the construction of this road. The appalling traffic problems along the Bexhill Road need to be alleviated, but the building of a new road - which according to the County Council’s own figures will increase overall traffic by 14 per cent - is not a sustainable or financially viable solution. We have to look to more creative and sustainable solutions to traffic problems: the link road is not the answer. '

NOTES
[1] John Stewart was named "Britain’s most effective radical green activist" in the first comprehensive list of the country’s most effective greens, compiled by The Independent on Sunday – in part for his role in "co-ordinat[ing] protests that brought Tory plans for ‘the greatest road-building programme since the Romans’ to a screeching halt in the 1990s." For more info see www.airportwatch.org.uk/?p=2244