'Four Horsemen', a recent film of exposure/analysis of the so-called economic disaster, interviews Camila Batmanghelidjh, who operates hand in hand with ARK (Absolute Return for Kids) which therefore undermines the credibility of this film. ARK is part of the insidious ‘olympians’ (aka Committee of 300, or John Adam Street Gang) network. 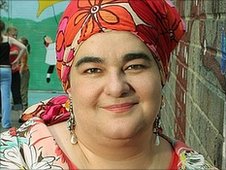 The 'Four Horsemen' film is described on their website as:

“Four Horsemen is the debut feature from director Ross Ashcroft which reveals the fundamental flaws in the economic system which have brought our civilization to the brink of disaster.
23 leading thinkers –frustrated at the failure of their respective disciplines – break their silence to explain how the world really works.
The film pulls no punches in describing the consequences of continued inaction – but its message is one of hope. If more people can equip themselves with a better understanding of how the world really works, then the systems and structures that condemn billions to poverty or chronic insecurity can at last be overturned. Solutions to the multiple crises facing humanity have never been more urgent, but equally, the conditions for change have never been more favourable.”

Having recently seen this film, one of the people interviewed is one of ARK's (Absolute Return for Kids) very good friends, Camila Batmanghelidjh. ARK perpetuates a thoroughy insidious agenda.

“Camila Batmanghelidjh ("Batmanjelidge", born 1963, Tehran, Iran) is a British businesswoman, charity leader and author of Iranian and Belgian origin. She has been living in England since the age of 11[1] and has founded two charities - the place2b[2] and Kids Company, where she and her team care for 17,000 vulnerable children and young people in London. The charity operates from three street-level centres in Southwark, Lambeth and Camden, as well as working in 41 inner-city schools. She lives in West Hampstead.”

The Evelyn Grace Academy (an ARK Academy) in Brixton:

“Camila Batmanghelidjh's charity Kids Company provides a full-time social worker who 'digs deep', and a floating team of 16 therapists sign in as needed. 'Some children disclose things that we need to act on, others have simply fallen out with their best friend,' Rachel Nichols, who leads the Kids Company team, says. This, coupled with the geography of the building, means there are few places to hide. Children don't gather anywhere in groups of more than two. “

This agenda of Camila Batmanghelidjh's charity Kids Company, of course does not get a mention in this film.

The charity ARK (Absolute Return for Kids) is linked to the Dutroux scandal:

“the conditions for change have never been more favourable”

is apt indeed, and the eugenicists are making the most of it. Ironic also considering that ARK trustee Ron Beller made a fortune in the subprime mortgage market. Which would have created financial disasters for some and a fortune for this Ark Academy trustee.