Census refusers Andy Manifold and Sarah Ledsom were at Dale Street Magistrates Court in Liverpool today for their trials in connection with refusing to complete the 2011 Census on grounds of conscience. Neither trial reached a conclusion and further dates have been set. 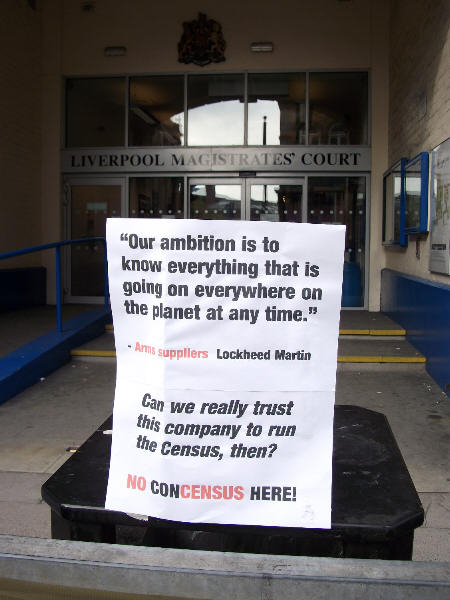 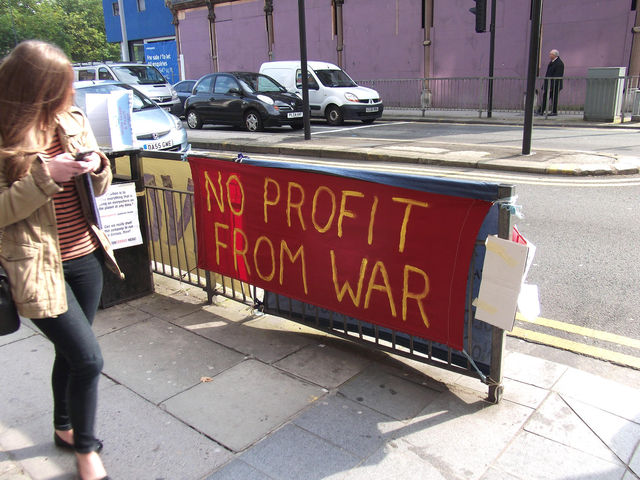 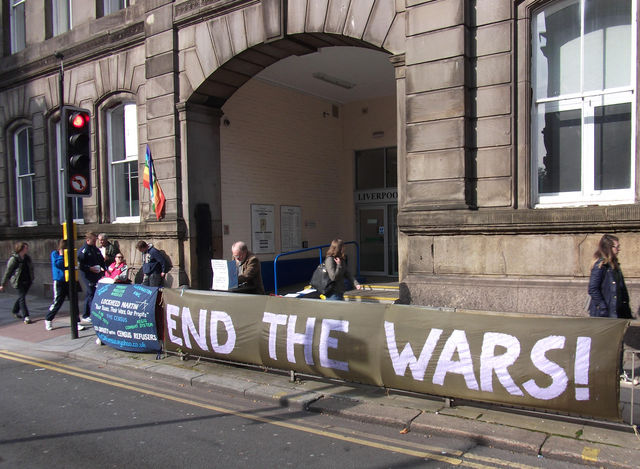 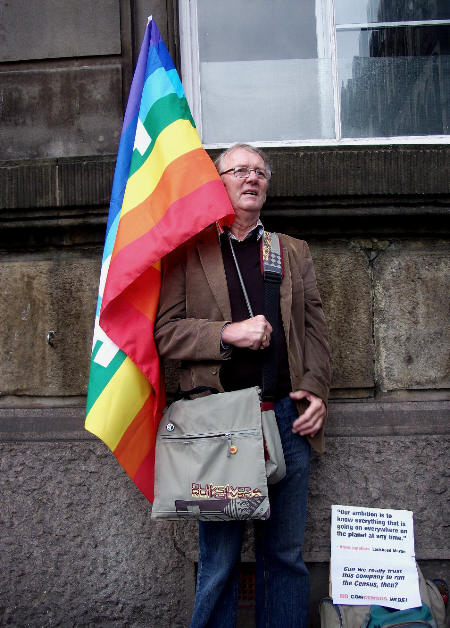 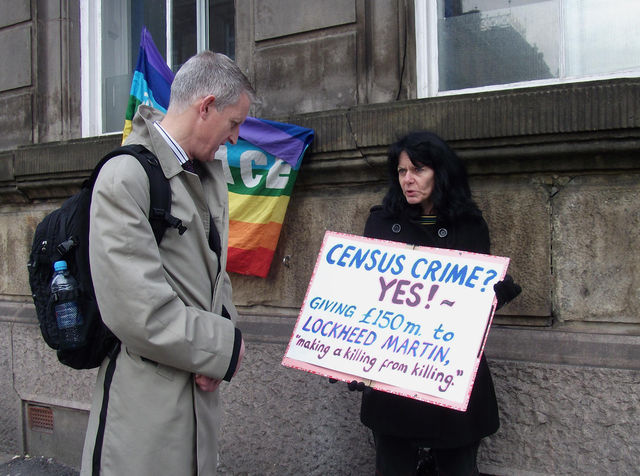 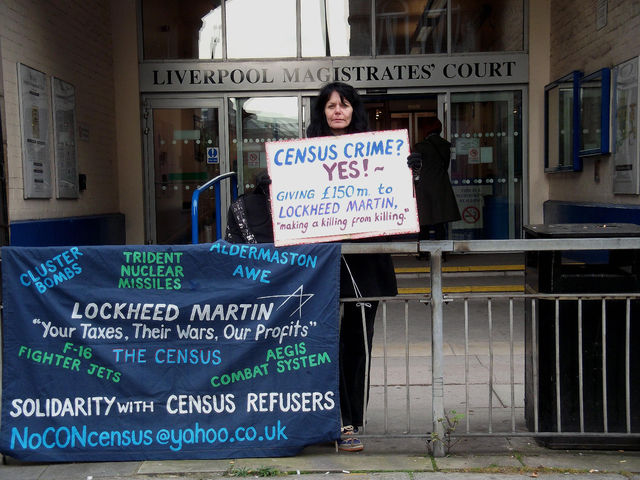 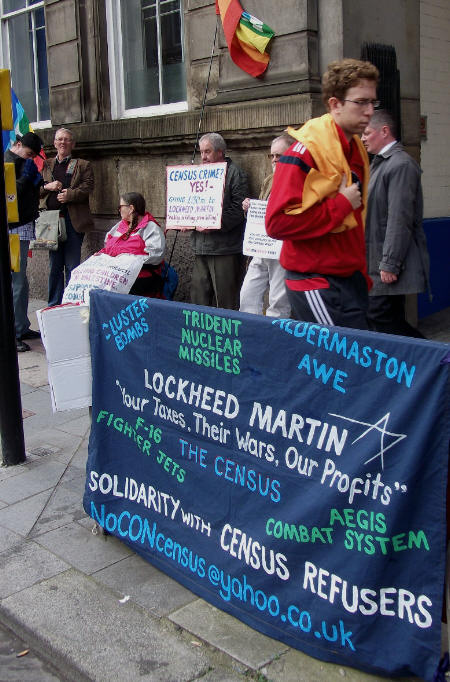 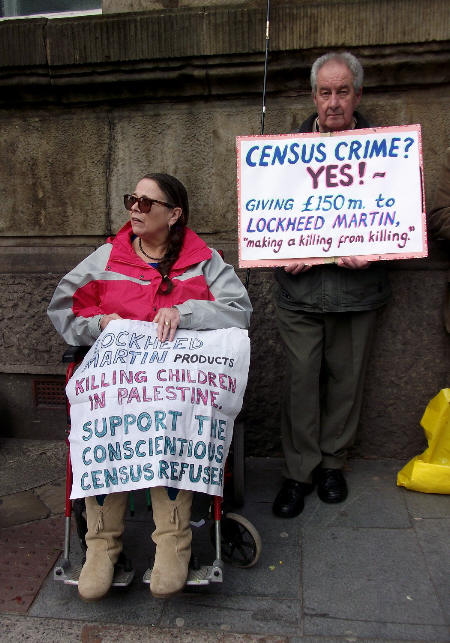 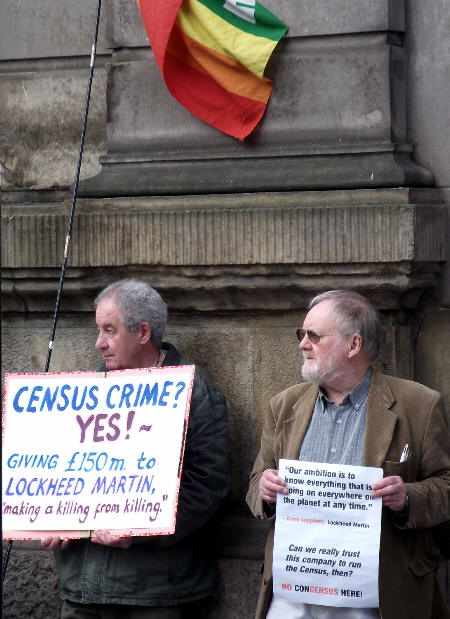 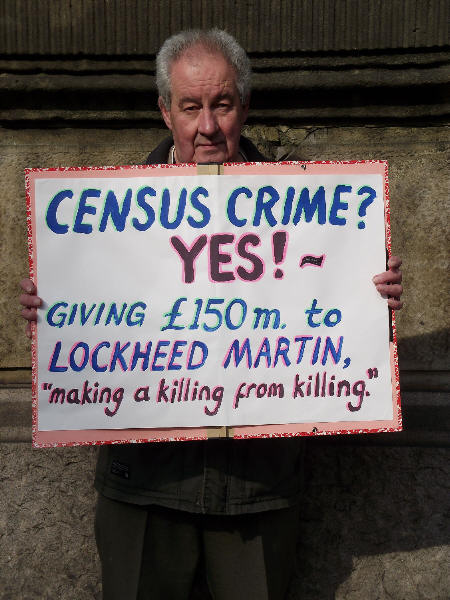 Anti-war vigils were held outside the court both in the morning and at lunch time in solidarity with the two defendants and remembering all the victims of Lockheed Martin's deadly weapons. The profits of this murderous company are built on the bodies of men, women and children unfortunate enough to come into contact with its products and the real crime is that the government contracted with such a company, not that people stood up for what they believe in and objected.

Andy's trial took all morning (fuller report to follow) and was more or less completed but District Judge Shelby decided that there was not time to conclude since there was caselaw to be read and arguments to consider, so she reserved judgment. Andy is back in court on Friday 19 October at 2pm for the judgment to be handed down with written reasons.

At the end of Andy's hearing, it transpired that DJ Clancy rather than DJ Shelby would be hearing Sarah's case, although at the last court date, DJ Shelby had said she would be hearing both cases. This meant that, once again, the presiding Judge was not familiar with the case and had not read all the documentation (although DJ Clancy had been present at one of the early hearings).

Sarah's case made less progress than Andy's and was adjourned yet again after it became apparent that the prosecution skeleton response to the defence statement had not been received either by Sarah or by the court. One starts to get the feeling in these hearings that cases may be drawn out indefinitely by the prosecution simply not doing what it is required to do between each hearing. Sarah's submissions for the case to be dismissed were not considered at this hearing, but have been registered. The trial will now take place on Friday 23 November at 2pm with Judge Clancy presiding.

There will be vigils outside the court both days from 1pm. These are important as they offer solidarity to those appearing in court as well as showing visible public opposition to the persecution of census refusers and making a strong anti-war statement. Judging by the number of beeps from passing vehicles, nearly every bus and taxi driver in Liverpool agrees with these sentiments.

Please join us if you can.