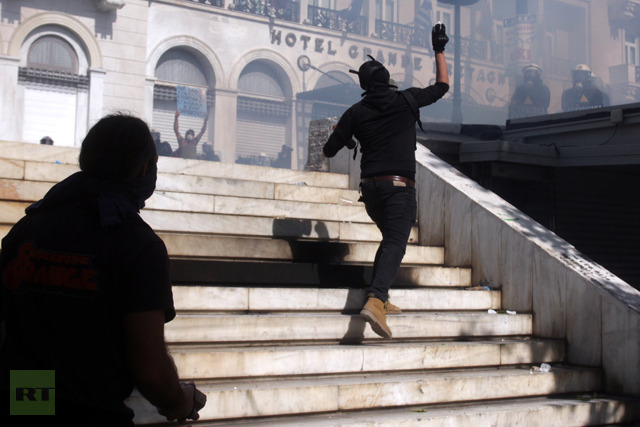 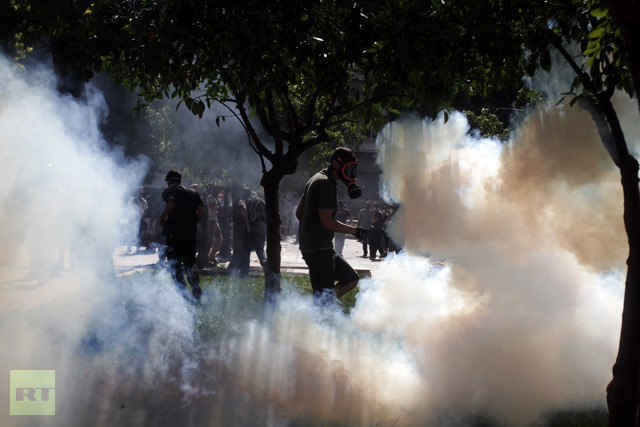 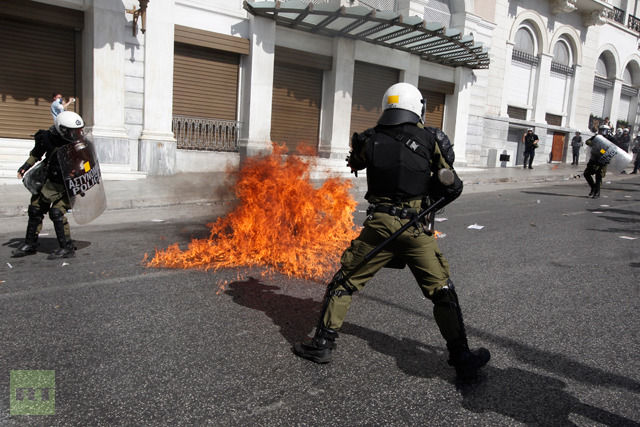 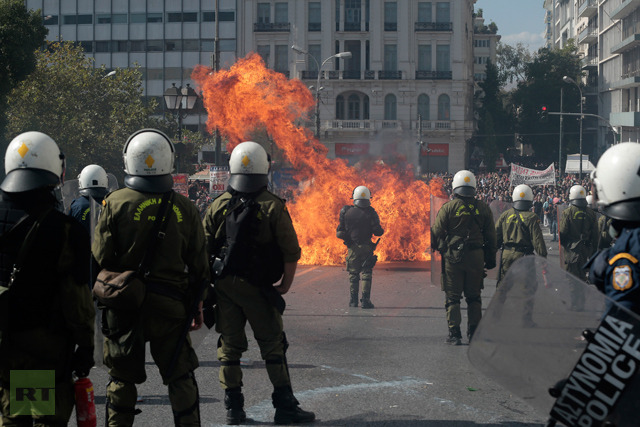 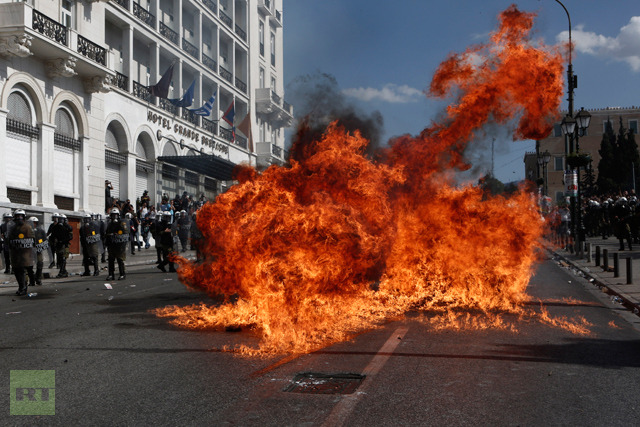 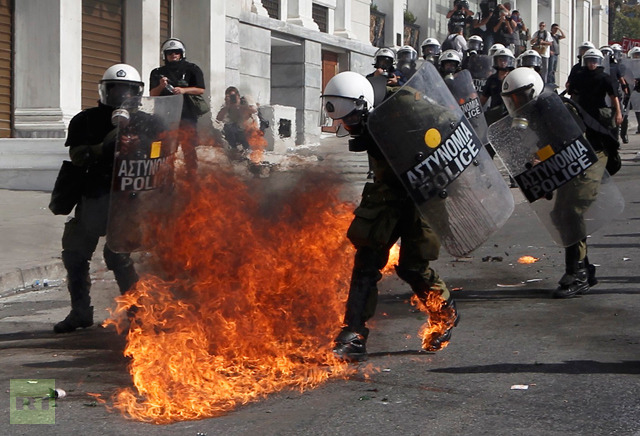 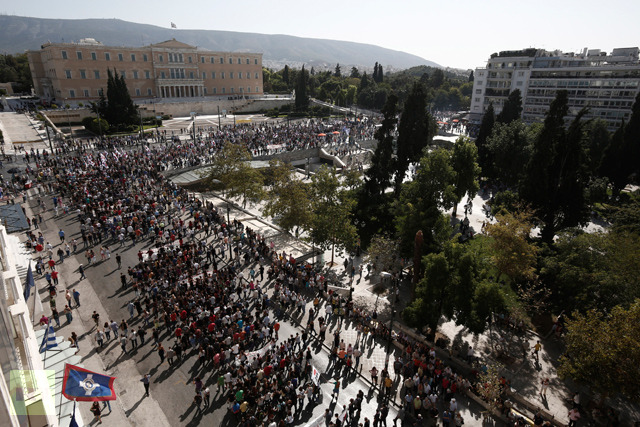 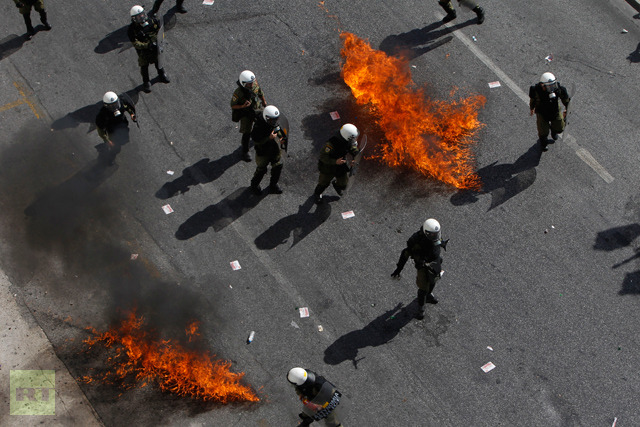 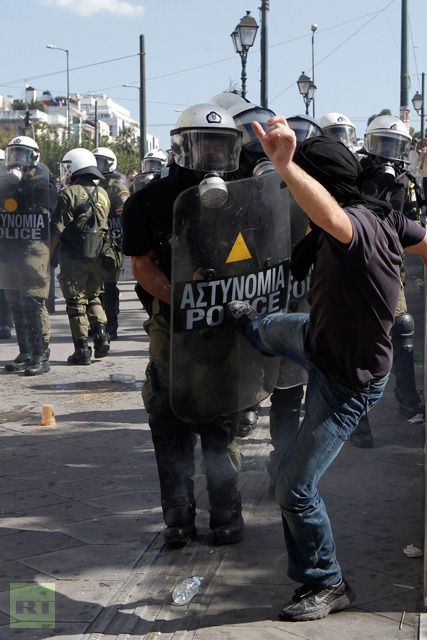 UPDATE, 16.35 GMT+2 The name of the 65-year old protester is reported to be Xenophon Lougaris.

UPDATE, 15.45 GMT+2 It appears that the protester who died today was 65-years old (not 67 as originally reported), a member of PAME and an ex-shipyard worker who was out of work (via radiobubble).

A 67-year old male demonstration died in Athens today, after inhaling the tear gas thrown by the police against the demonstration. The 67-year old was transferred to the Evaggelismos hospital, where doctors soon pronounced him dead.

At least five more demonstrators were injured by the police’s attack against the demonstration. A minimum of 50 detentions of demonstrators have been confirmed so far, even though the number is expected to be much higher.