Don’t be on a database

Netpol have today launched a campaign to limit the gathering of data by the police on political protest. The campaign, don’t be on a database, gives good reasons why protesters should assert their legal rights to keep their personal details private. 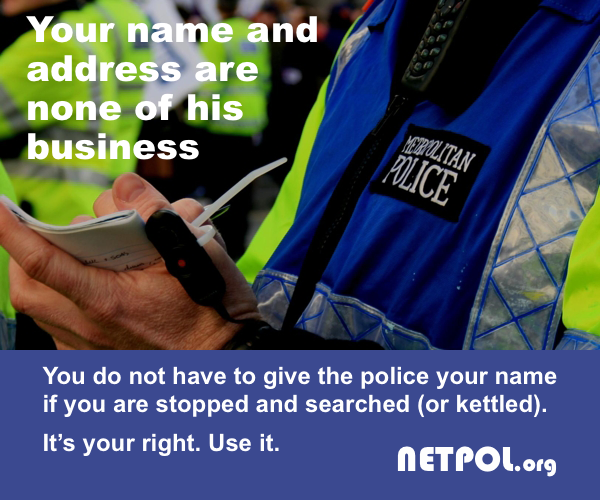 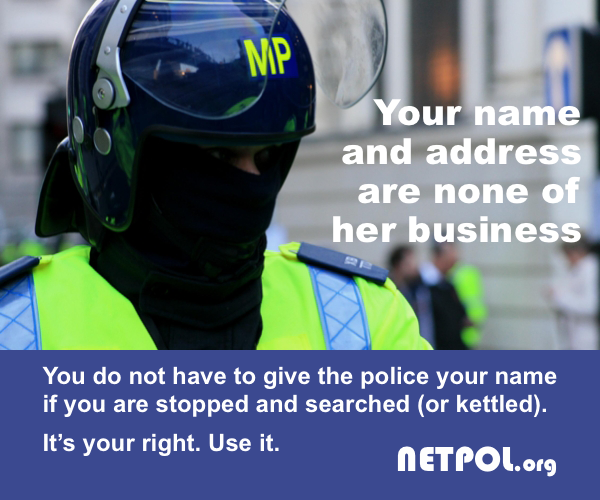 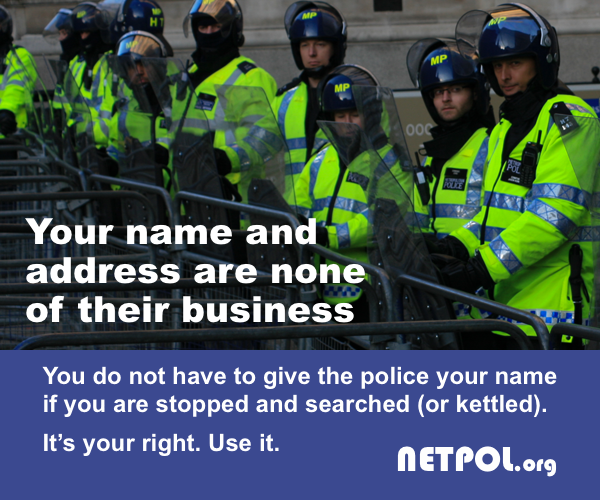 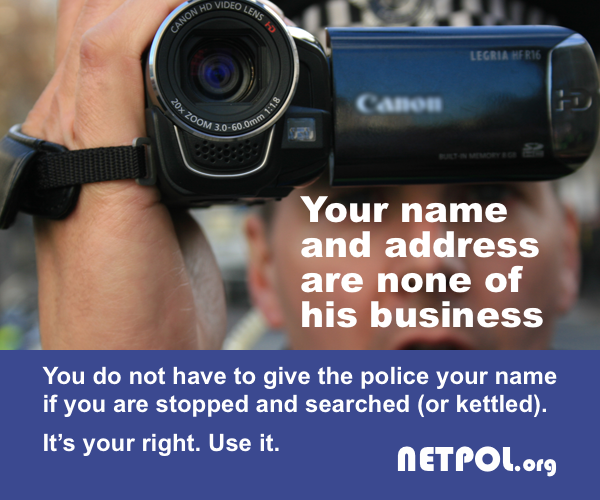 Netpol has observed and reported countless incidents in which the police have tried to obtain names and addresses of protesters, often with some form of coercion. In a number of cases the police have used the threat of arrest to obtain details from protesters who had committed no criminal offence, and made unjustified allegations that people had engaged in ‘anti-social behaviour’.

The police have powers to demand personal data only in very limited situations, such as when they believe a person has committed a criminal offence, or if they are driving a vehicle. In the vast majority of instances, the police have no power to demand this information – yet they routinely do.

Systematic stop and search operations and kettles have often been used as opportunities for data gathering on protesters and protest groups. Details can then be entered on a variety of databases, including stop and search databases, and the wide reaching CRIMINT operated by the Met. All of these databases are searchable by name, so form part of a ‘virtual’ police file.

If names crop up frequently on the database, those individuals may come to the attention of FIT (Forward Intelligence) teams. FIT teams may start to look out for them, to take notes of what they are wearing and who they are with. Many targets of FITs have no record of criminal behaviour, just a record of involvement in protest.

The National Domestic Extremism Unit (NDEU) also profile groups and individuals, track political activity and associations, and retain a great deal of personal information. This happened to John Catt, an 85 year old peace campaigner who would turn up to demonstrations with his daughter, to make sketches. Despite having no criminal record, he found through a Data Protection Act request that the domestic extremism unit held personal data on him and his daughter. This data retention has, incredibly, been found to be lawful by the courts.

In the light of all this, Netpol believe that it is vital that protesters take action to protect their identity on protest. By doing something as simple as asserting their basic civil rights, protesters can make sure that they, their friends and other activists around them, stay off the database.

Don’t be on a database – your name and address is none of their business.

Netpol is a network of legal support and community based groups, including GBC, LDMG, Fitwatch and Newham Monitoring Project.