Solidarity with John Bowden in Liverpool

We were back at Liverpool Magistrates' Court today in solidarity with Census refuser Andy Manifold (report to follow). As it was also International Day of Solidarity with John Bowden and we were going to be standing outside the court for quite a while, a placard for John seemed appropriate. 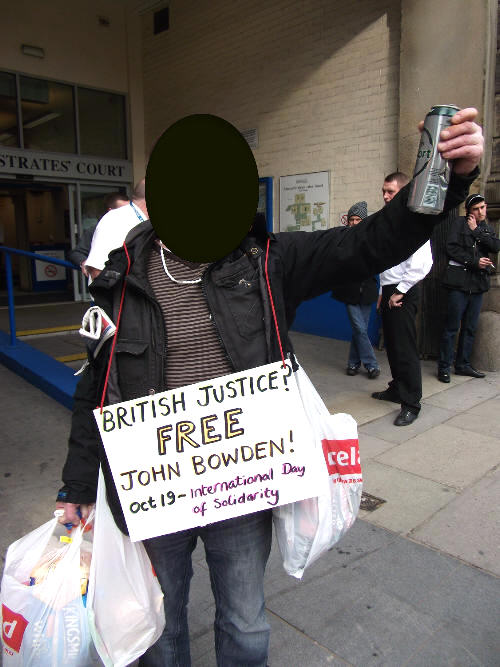 The placard was on display throughout our vigil and we spoke to a good few people about his case.

The G4S goons who've been put in charge of court security in Liverpool were intent on starting a confrontation with us as a pretext for not allowing us to go into the court to support Andy later on. This guy told them in no uncertain terms to leave us alone, after which we got talking about John Bowden.

Solidarity with John Bowden from all of us!