The Shrewsbury 24 were builders who took part in pickets of building sites during the first ever national building workers strike. Six of the pickets were stitched up on conspiracy charges and sent down for up to 3 years. Their crime was to be part of a trade union campaign to get a decent rate of pay and safer working conditions for all building workers. 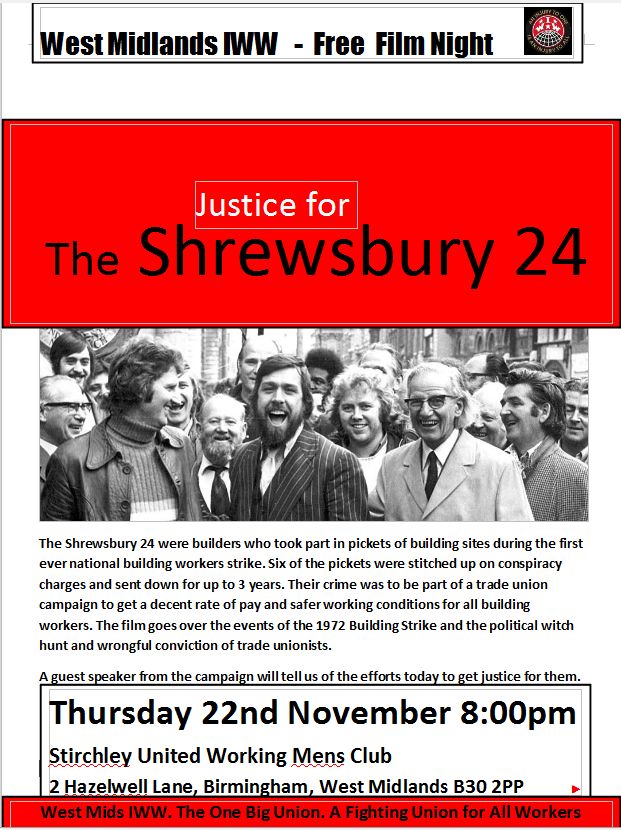 The film goes over the events of the 1972 Building Strike and the political witch hunt and wrongful conviction of trade unionists.
A guest speaker from the campaign will tell us of the efforts today to get justice for them.