this afternoon, the 'reclaim shakespeare company' ran through some of their best performances in the great court hall of the british museum, cheered on by a flashmob of up to a hundred climate activists. 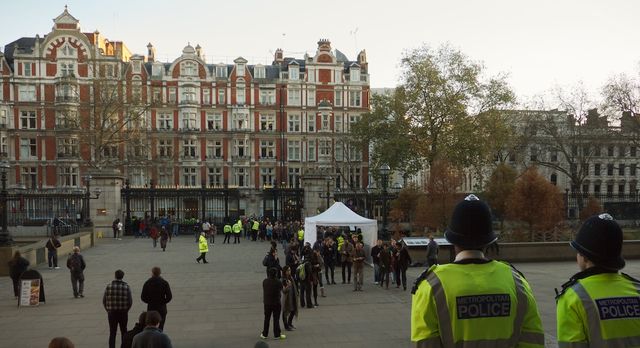 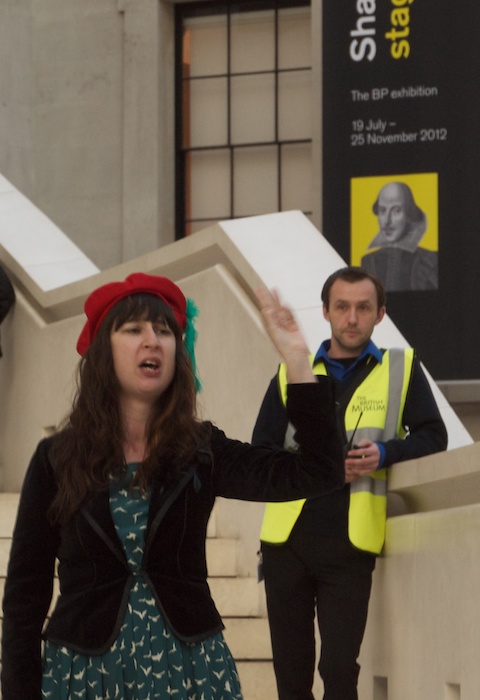 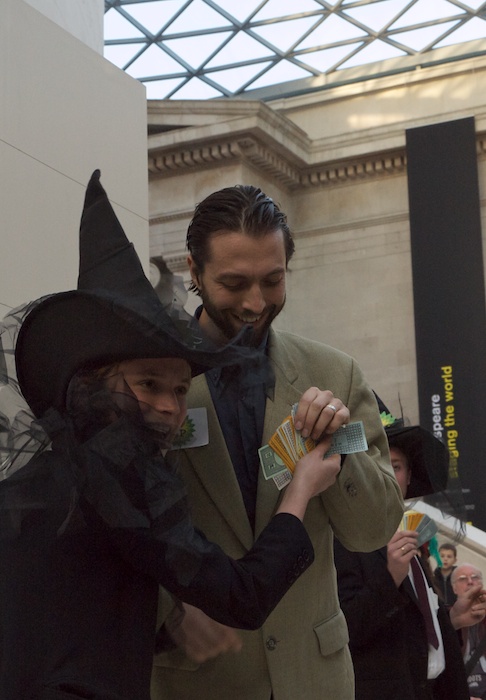 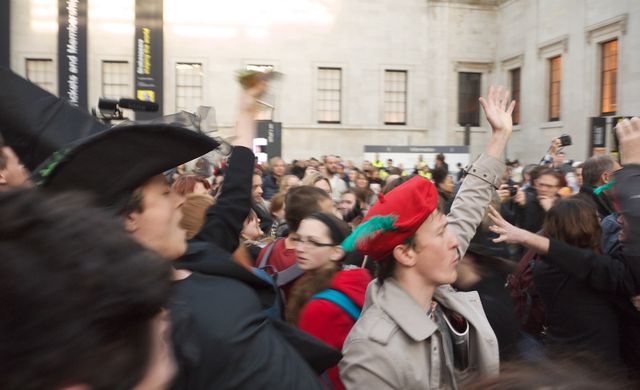 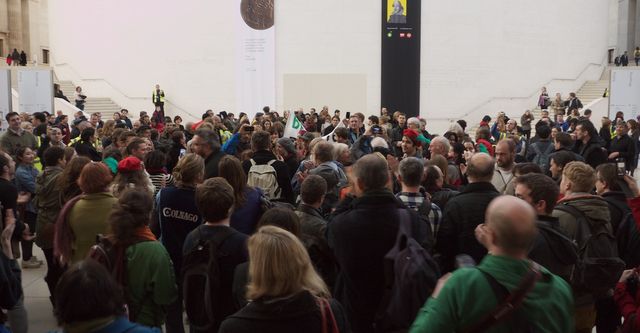 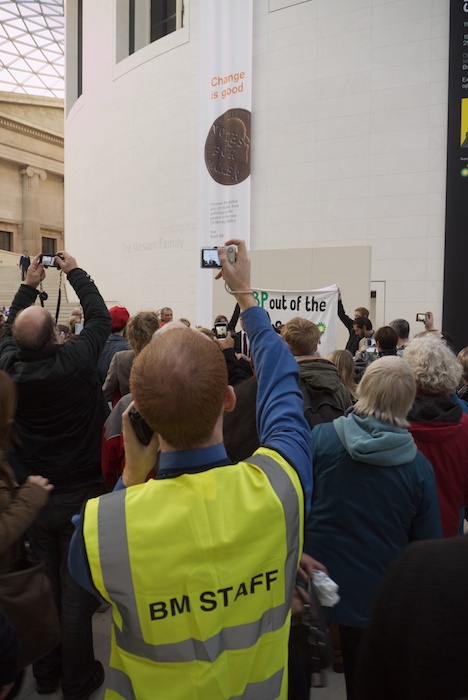 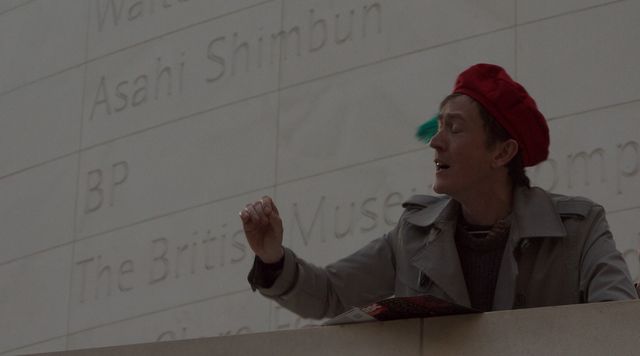 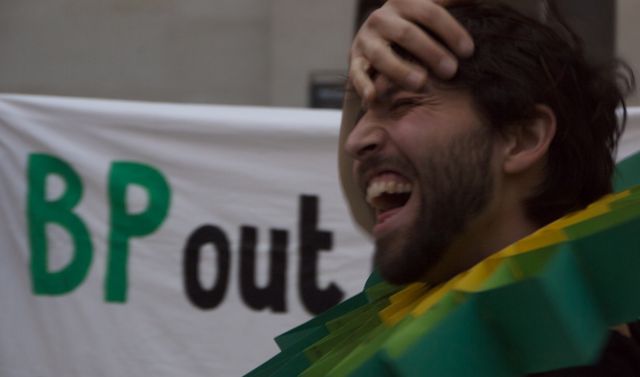 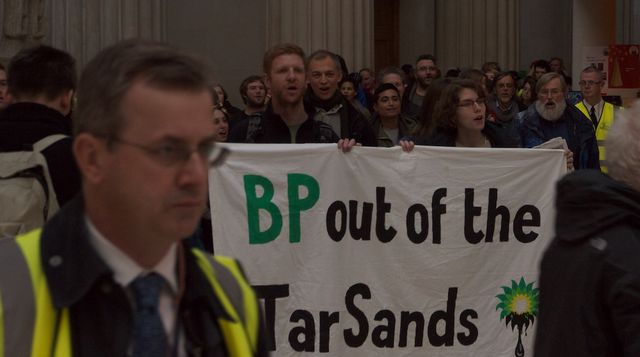 today's show marked the end of a series of guerilla performances which took place this year at various venues linked by their acceptance of BP sponsorship. these included the tate, the stratford royal shakespeare company, the national portrait gallery and the royal opera house.

the british museum has been hosting a "shakespeare: staging the world" exhibition which is BP-sponsored. activists see oil company sponsorship as an attempt to greenwash their brands and to mitigate the immense destruction caused by the deepwater horizon spill, the exploitation of the arctic, and the expansion of fracking and tar sands extraction.

earlier this year, the 'reclaim shakespeare company' infiltrated the exhibition and launched into a short performance leading to the staged ejection of the BP logo (aided by museum security) - see the video at

today, the group repeated that performance, along with other short activist plays previously seen on the stratford stage and other venues. the flashmob, which at its peak grew to more than a hundred spectators, many pre-armed with scripts, joined in the chorus "out damned logo", as the actors playing BP execs were lifted and carried out of the hall.

unlike previous performances, the museum was aware of today's plans, which had been made public.

as a result, visitors had to queue to enter via a specially erected security tent, and as well as a huge number of security staff, there were also more than a dozen police officers, including members of the forward intelligence team (dressed in normal uniform). museum staff photographed the actors and flashmob, both on the ground and from the galleries. other plain clothed characters were spotted, presumably from the corporate spy company employed by BP to keep tabs on the activist groups.

despite the huge security operation, the performances were allowed to continue, drawing the crowd round the grand court. the opening act was signalled by a drummer, and the unfurling of a large tar sands banner. visitors to the museum stopped and watched and took leaflets, and the shakespeare exhibition itself was closed by security for a while as a precautionary measure.

after around 20 minutes and some final speeches, everyone left peacefully.

today also marked the 12th anniversary of the global climate activist network, rising tide, so celebrations were held in a local pub.