london activists, 'foil vedanta', helped organise the protest this afternoon outside the indian high commission in aldwych, london. they were there in solidarity with thousands of indians protesting outside their supreme court while waiting to hear a decision on a controversial mining application in eastern india. 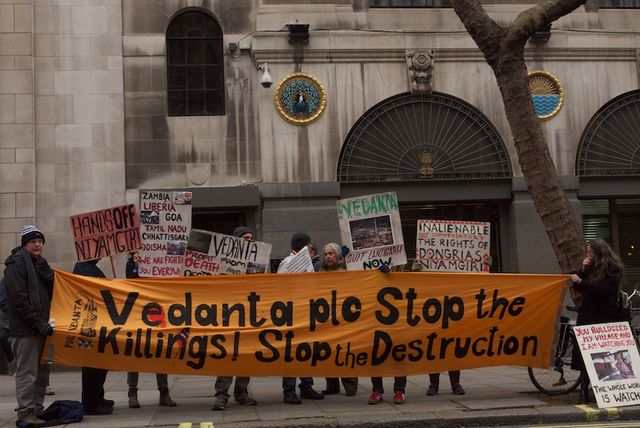 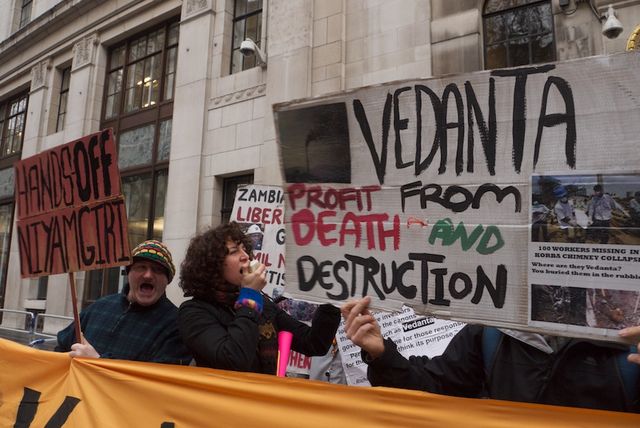 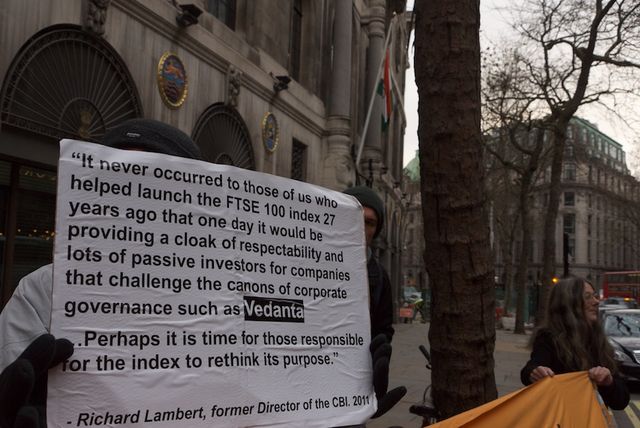 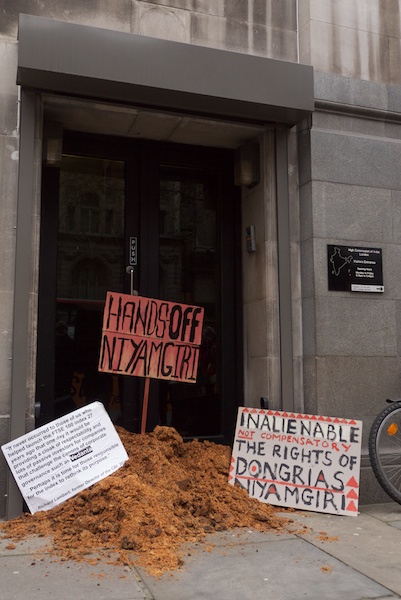 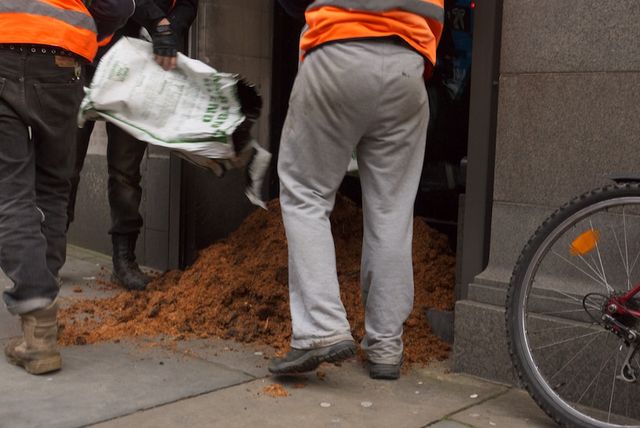 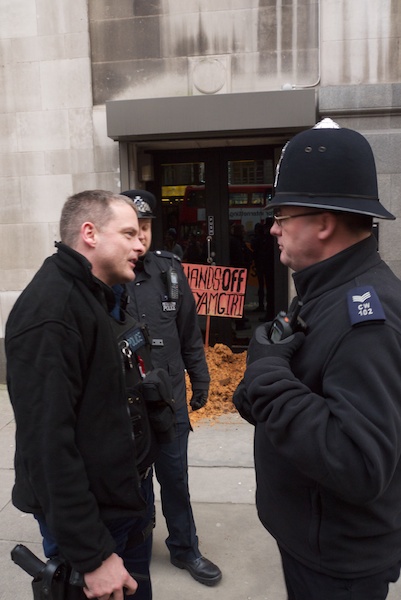 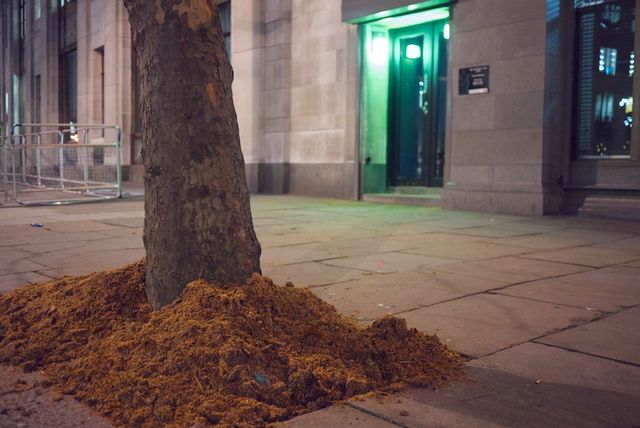 click on photo for larger - free for credited non-commercial radical use. all other rights reserved. contact author if in doubt.
------
the london protest was small, but colourful and noisy, with a selection of great banners, a megaphone, and despite the cold conditions, high-spirited. although there was a fenced 'protest pen' laid out near the visitor's entrance, there were no police present. occasionally, embassy staff came out and took photos of everyone involved.

news came in from india that many thousands had joined the protest there, and soon we heard that the final decision had been delayed again until january 11th.

at around 3pm, some 'workmen' turned up and swiftly deposited bags of rubble in the doorway while staff hurriedly tried to keep them out and push the door closed. the 'workmen' walked away and soon blended in with passers-by. activists then planted their banners in the heap.

a few minutes later, armed diplomatic police turned up, followed by regular cops, including a whole van-full. clearly a quiet afternoon for the cops as soon their numbers equalled that of the protestors who they then ushered into the pen.

a 'green and black cross' legal observer pointed out to a senior officer that some of the police were wearing fleeces that obscured their ID numbers. after some discussion, they were ordered to take off their fleeces.

after the protest ended, with no arrests or details taken, embassy staff swept the hallway, and moved the pile of earth to a nearby tree. i trust they will be arranging proper disposal rather than illegally dumping it on a london street, but the track record of the indian government and its close ties with the head of vedanta may suggest otherwise.

vedanta are trying to push through a huge mega-mine construction on sacred land in the nyamgiri hills where the local dongria kondh tribes have traditionally worshipped, foraged, hunted and gathered. the indigenous tribes are accomplished horticulturalists, and, known as the 'protectors of the streams', they subsist self-sufficiently in the forests and hills of the orissa area.

they have fought off vedanta's mining interests successfully for many years through the courts, with direct action, and by protesting, but the lure of the mountain's rich seams of bauxite have driven the company back for a final attempt in the supreme court, and much depends on the decision which now looks to have been postponed until the new year.

for more info on the issue, or if you want to join their campaign, see the www.foilvedanta.org website