two starbucks branches were closed down by ukuncut activists in islington yesterday afternoon as part of nationwide tax-avoidance protests against the company. this is a report on the second action. 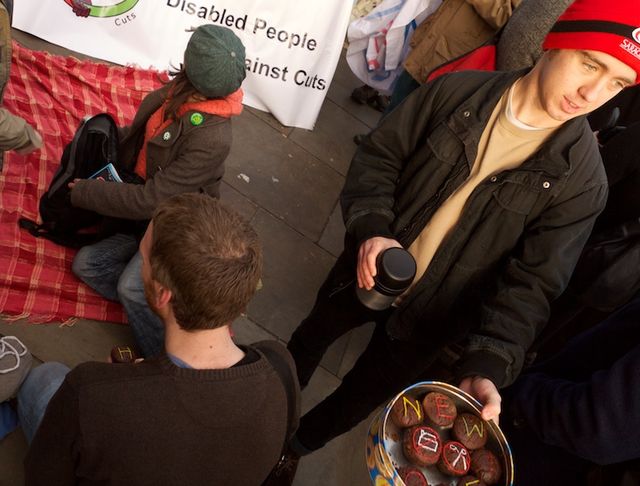 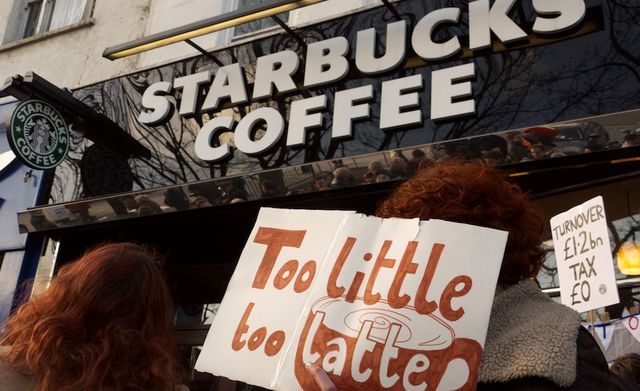 too little too latte 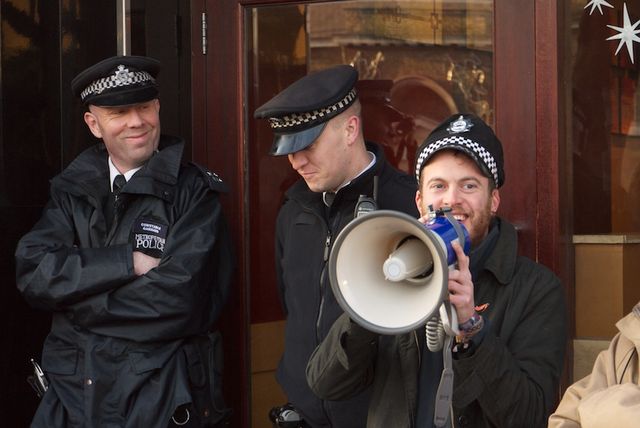 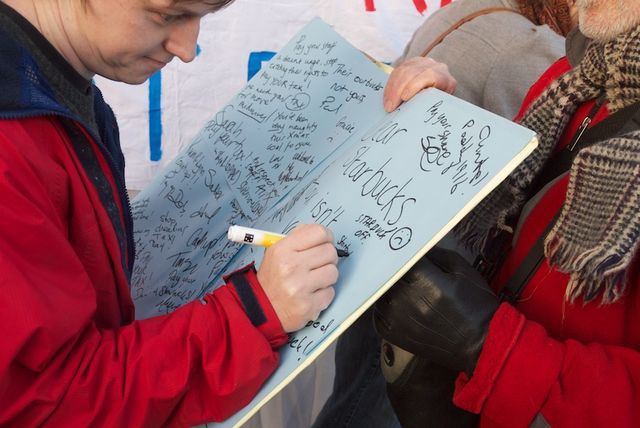 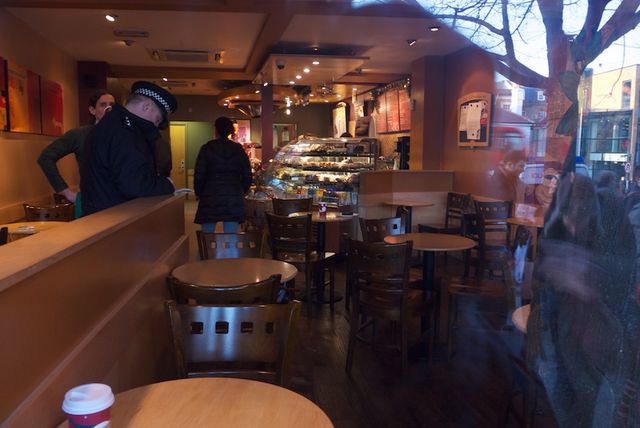 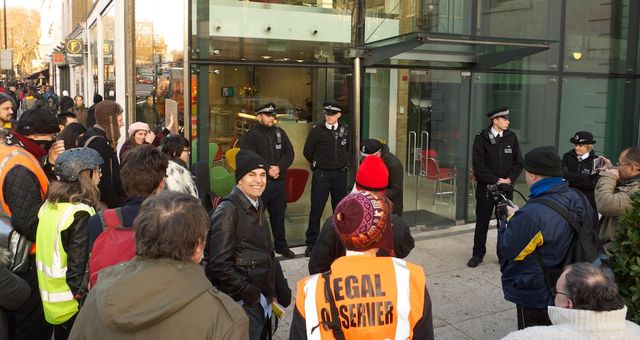 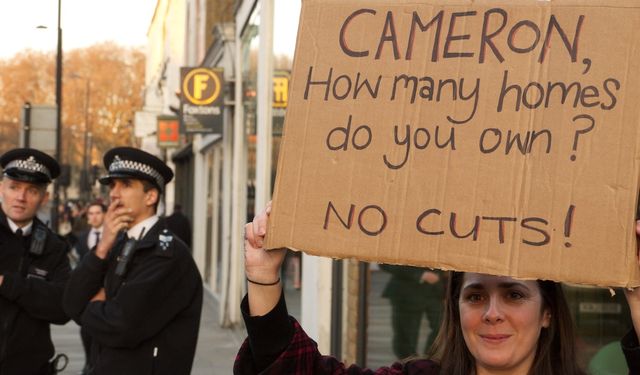 after a successful midday protest at one branch in islington (

the theme of this action was housing action, and the intention was to enter the shop and hold a housewarming party.

although starbucks have paid no corporation tax for three years, only offering a small 'voluntary' donation last week under intense pressure from bad publicity, they once again chose to rely on tax-funded police rather than pay for any additional security. unlike the earlier protest, this time police were already in attendance and had obviously agreed to act as unpaid private bouncers and to screen entry to the shop.

so, the organisers set up their house party outside, attaching net curtains to the windows, setting up a table with cakes and drinks, a play area for children, a pretend shower-room, and an open mic megaphone for communication.

we heard info and speeches from a variety of housing action groups, as well as a helpful housing quiz that generated debate.

among the groups who spoke were:
DIGS

statistics from the women's resource centre suggest that current ideological 'austerity' cuts witll put nearly a quarter million people at risk of losing their homes, with social housing investment slashed in half. the cuts to housing benefit are also shown to disproportionately affect single women.

at one point, an activist in a mock police hat took the mic and introduced himself as "sergeant silly". his comic routine had everyone laughing and even drew some smiles from the otherwise po-faced cops guarding the store. he had a serious message too though, reminding us about the new law criminalising squatting in domestic premises. with more and more people facing homelessness under the cuts, the clampdown on squatting comes as a further kick in the teeth. with studies showing that less than 1% of the population actually own nearly 70% of the land, it's clear that resistance and solidarity is necessary. he introduced an exciting new response to the issue in the form of the 'ER' eviction resistance movement (http://

www.evictionresistance@blogspot.com) which aims to provide solidarity with those facing eviction.

despite the earlier customer screening, there was a woman in a prime window seat position inside the branch who suddenly held up a banner against the window. however, her hand-written poster was quickly seized by staff and she was ejected from the shop to cheers from the crowd. as the three last customers soon followed her, the branch lay empty for a while before the protest came to an end.

during the gathering, people had been signing a large housewarming card, offering their thoughts and comments to starbucks. despite requests to formally hand over the card, the manager decided to forego the photo opportunity and the card was left on the doorway as people packed up.

at its height, the protest attracted up to 70 people, and loads of passers-by stopped to talk, to listen, or to take leaflets from the various campaign groups.

there was then an impromptu proposal to continue the tax avoidance protest and to cross the road to the flagship 'foxtons' branch opposite. with further speeches there, and the arrival of a small but excellent-sounding bike sound system, staff left the estate agents branch, and to cheers from the crowd of around thirty, the manager locked up and left at about 3.30.

a further suggestion led to the sound system moving over the road again to a barclay bank branch, but numbers then dwindled in the cold, and the day took on a slightly surreal edge as around 20 police stood around or sat in a van, watching one person dance to music outside barclays bank, and shoppers passed by bemused. with no relevant leaflets to hand out, and no-one else left, the protest ended.