Santa Claus, with the help of some of his elves, has erected an 18 foot tall tripod outside the main entrance of the UKBA offices in Glasgow to prevent immigration officials carrying out controversial dawn raids on the families of asylum seekers.

Santa is currently refusing to come down from the tripod, which is decorated with tinsel and Christmas decorations, until the UKBA can promise that no more children will be terrorised by immigration officials breaking into their homes to arrest them. 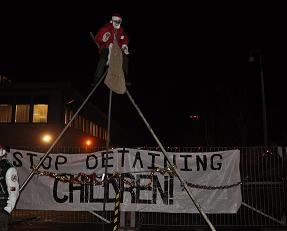 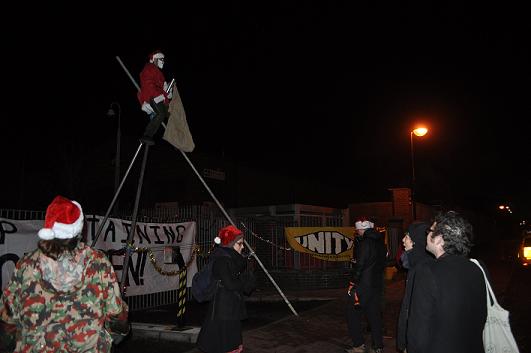 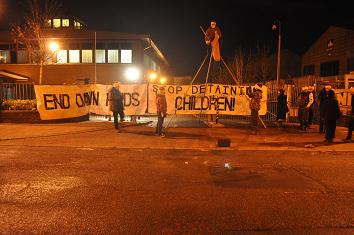 After Santa got into position (with a little Christmas magic) two dark blue UKBA enforcement vans containing officials setting out to carry out an immigration enforcement action were prevented from leaving. Other immigration officials have been prevented from entering the offices for work. Protesters believe that the vans were on their way to raid another asylum seeker family.

Santa in his traditional red and white costume and with a big white beard is being supported by a group of elves from the Campaign Grotto based at the Unity Centre. Several police are in attendence and so far the atmosphere is very good humoured. Protesters are playing Christmas carols during the action.

Santa said: "I'm taking this action to stop any more children from being detained by the UKBA like little 4 year old son Shahmer who with his two teenage sisters and mum and dad was arrested in his home last week by the UKBA. I am shocked that children can be locked up in this way when the government pledged they would never do this again." 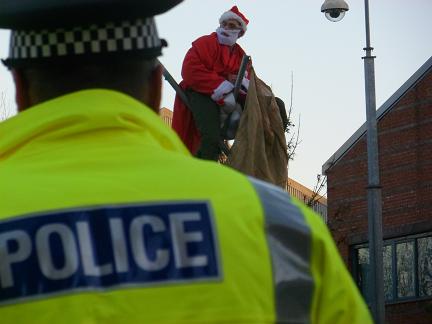 Thank you for your effort, wish there were more people like you!

the above commenter on this one. Good work indeed.

SAnta's still up the tripod.
Cops are taking a pretty laid back approach to the blockade today. Not sure if they don't want to be seen arresting Snta Claus or if it is something to do with the recent decision of a judge when he threw out the case against three protesters arrested in May this year becasue blocking the gateway but not the road didn't amount to breach of the peace.

Or maybe the climbing team are on holiday.

Anyhow, we've got a sound system, the sun is shining and there's about 20 of us chatting singing and talking to asylum seekers.

Coem and join us! 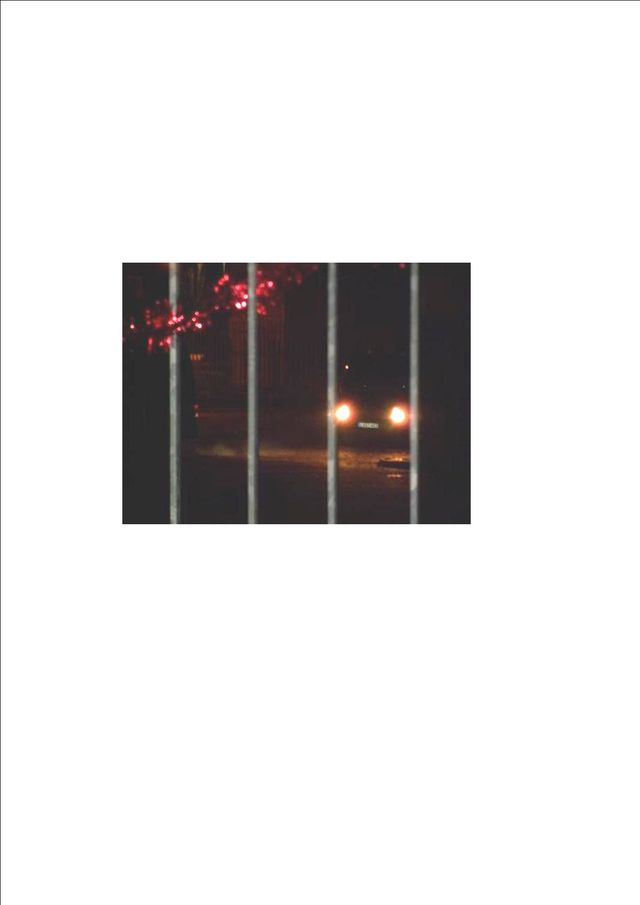 Two UKBA enforcement vans stopped from getting out of the Home Office buildings this morning at about 6.30, just after Santa's tripod was put up blocking the gate. 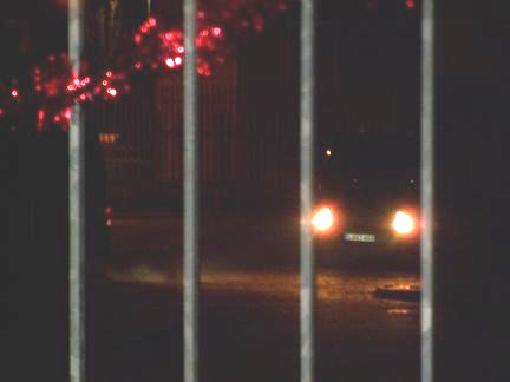 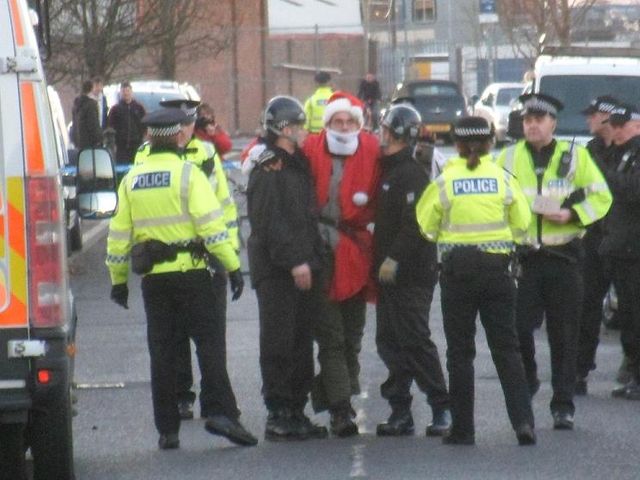 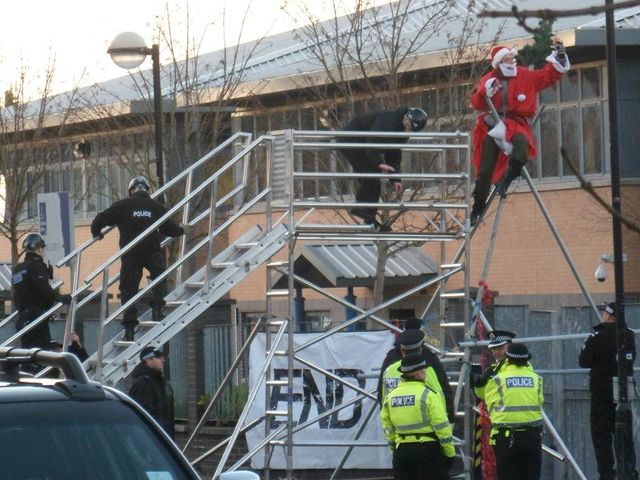 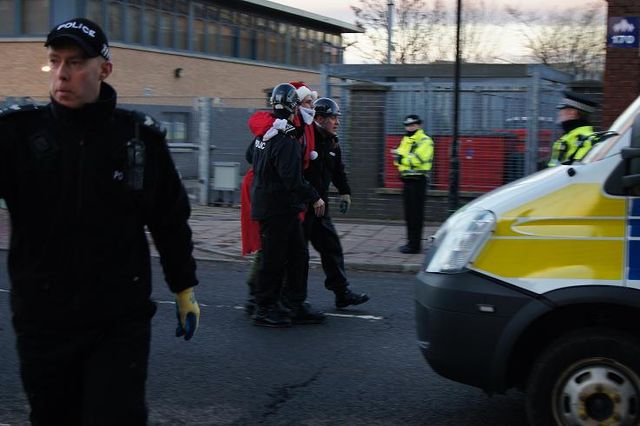 Following today's protest outside the reporting centre in Glasgow UKBA officials and police have detained Santa as illegal alien. Rumours that they plan to deport him to the North Pole have not yet been proven true.

UKBA officials refuse to comment on how Christmas will be affected.

Santa managed to stay on the tripod in front of the reporting centre for an amazing nine hours.

One of Santa's little helpers was also arrested for not walking out of the exclusion zone police imposed on the protest during the operation to take him down from the tripod..