Last Saturday (08/12/2012) a small collective of people turned up outside the Cambridge Market Square branch of Starbucks in protest at the chain not fully paying up it's taxes for the last ten years. 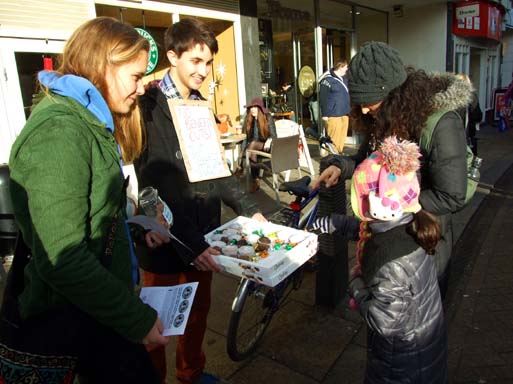 Engaging the next generation... 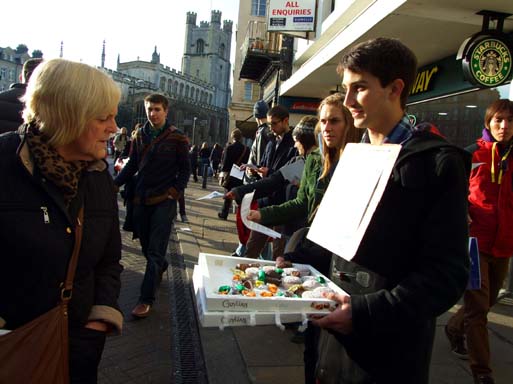 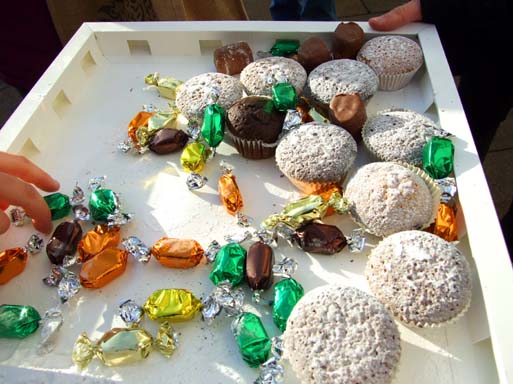 Cakes Against The Cuts! 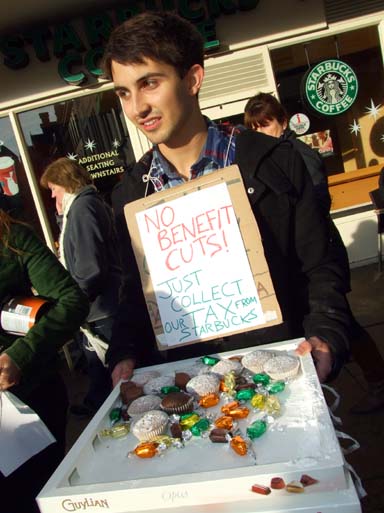 A Message for George Osborne. 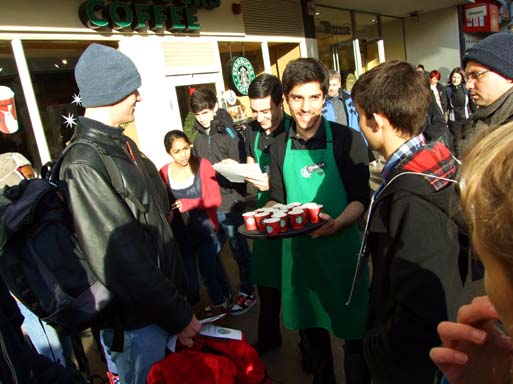 Barista vs Activists! It's Meme War!

Several UK Uncut affiliated activists stood in front of the Starbucks branch and gave away free cakes and sweets to passersby, along with flyers about why they there.

A Starbucks worker came out, replete with a tray of cream Latés in an attempt to make Starbucks appear friendly and open to persuasion. A short conversation ensued between the 'Barista' and a couple of the activists (I didn't join in), although there were no takers for the Latés, but he went back into the branch with a handful of flyers, which no doubt the branch manager probably enjoyed reading later on and then dutifully sent off to Head Office.

This Cambridge picket was part of a nationally declared day of action by UK Uncut against Starbucks, despite a pledge by the corporation to pay a 'gift' of £20 million over two years to HM Revenue and Customs (HMRC), which seems to have backfired, as many commentators have said this makes a complete joke of the UK tax system, by appearing to suggest that corporate taxes are a voluntary donation rather than a compulsory contribution (like the rest of UK citizens) under British law!

Starbucks claim that despite sales of up to £3 BILLION over ten years and countless hundreds of branches colonising our High Streets, often at the expense of forcing local smaller independent Cafés to close down, they are not making a profit, which in the context seems highly implausible!

This is despite the rest of the population having to endure far reaching public sector cuts by a Tory government (Lib Dems? Who they?) under the auspices of balancing the books and reducing the national deficit (even though we've had one for the last 500 years), a deficit mostly incurred by bailing out to the tune of up to £800 Billion reckless stockmarket gambling banks who, despite pre-bailout pledges are still not fully supporting the small/independent business sector with start up or operational loans.

On top of the relentess cuts contributing to rising unemployment, and the ongoing Euro problems this means the UK economy is effectively flatlining.

However, these very same banks are perfectly happy to allow multinational corporations dodge UK taxes by allowing them to secrete away their enormous profits in offshore accounts.

Interestingly, a byproduct of this farcical tax dodging by Starbucks has seen a migration of customers to Costa, although it's unlikely they're any better!

I personally wouldn't touch either of them.

Other Coffee Shops are available!


Footnote: I've been wasting a lot of time dealing with stupid jobsworth beaurocrats recently, hence the late delivery of this article.