The ongoing 24/7 peace campaign in London's Parliament Square continues despite the sub zero temperatures and unremitting aggravation from the authorities. 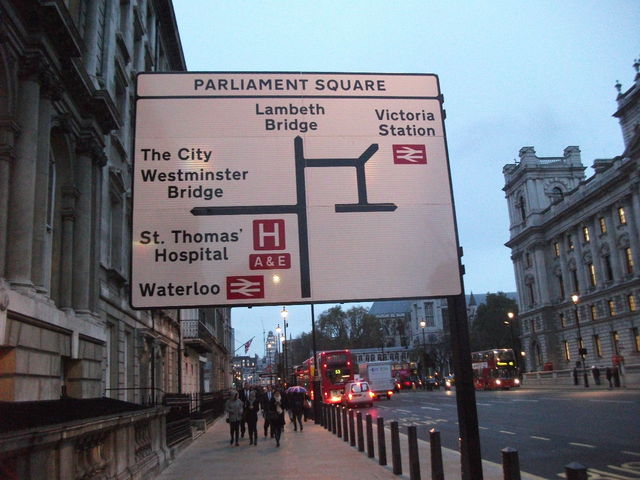 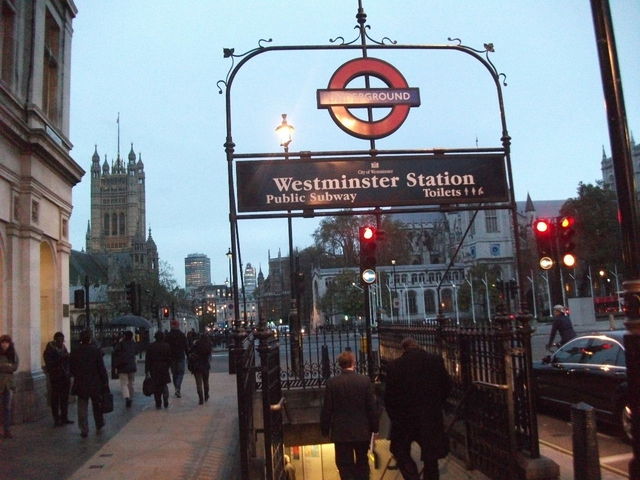 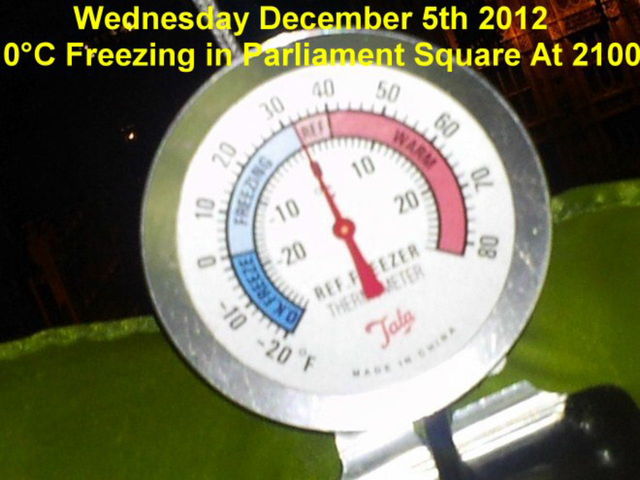 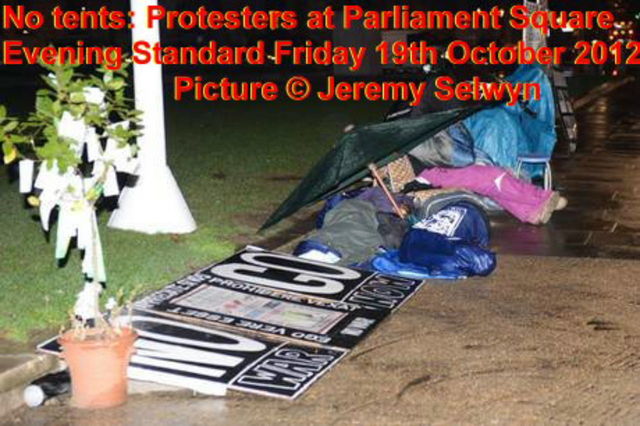 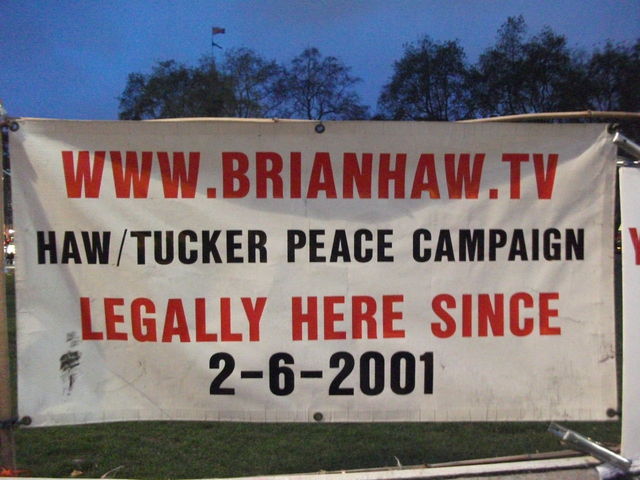 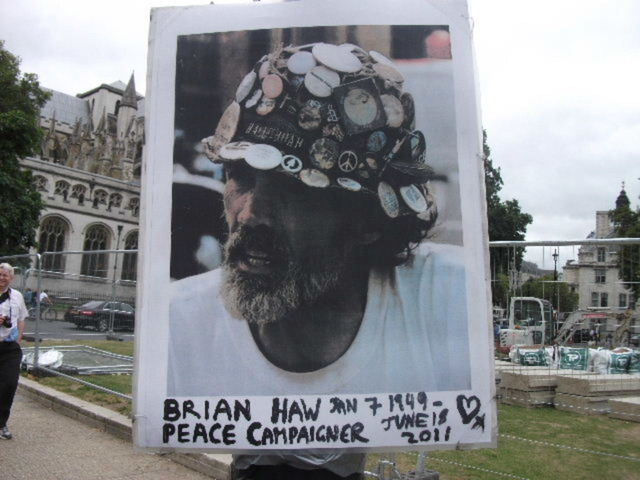 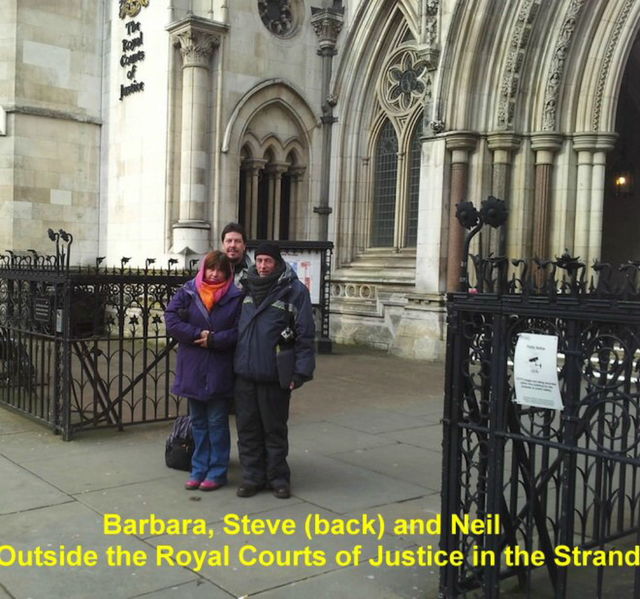 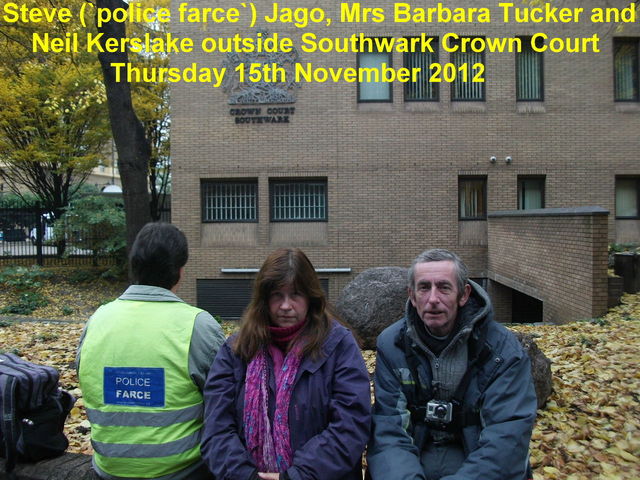 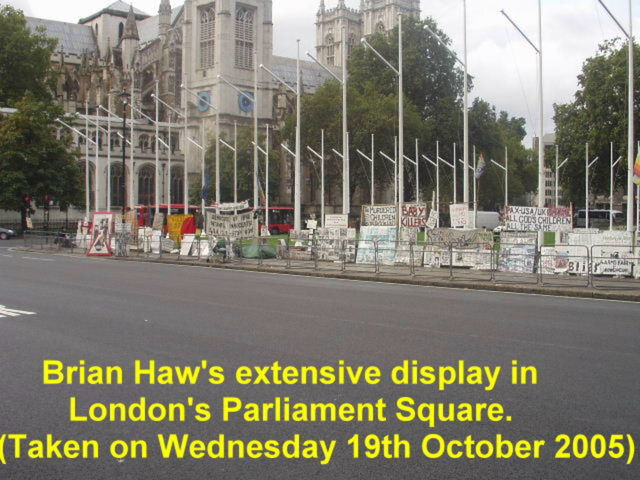 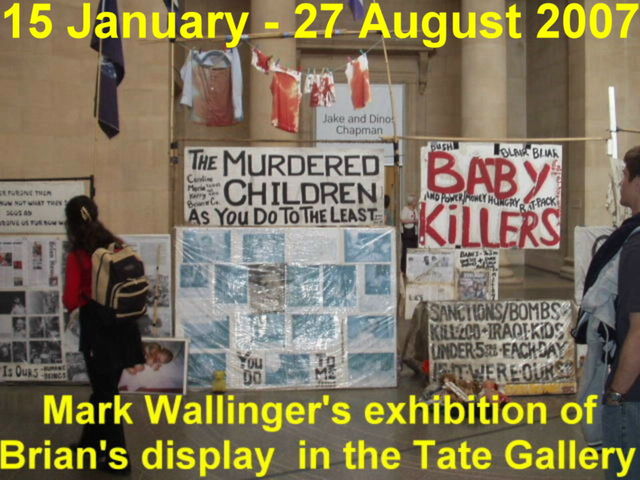 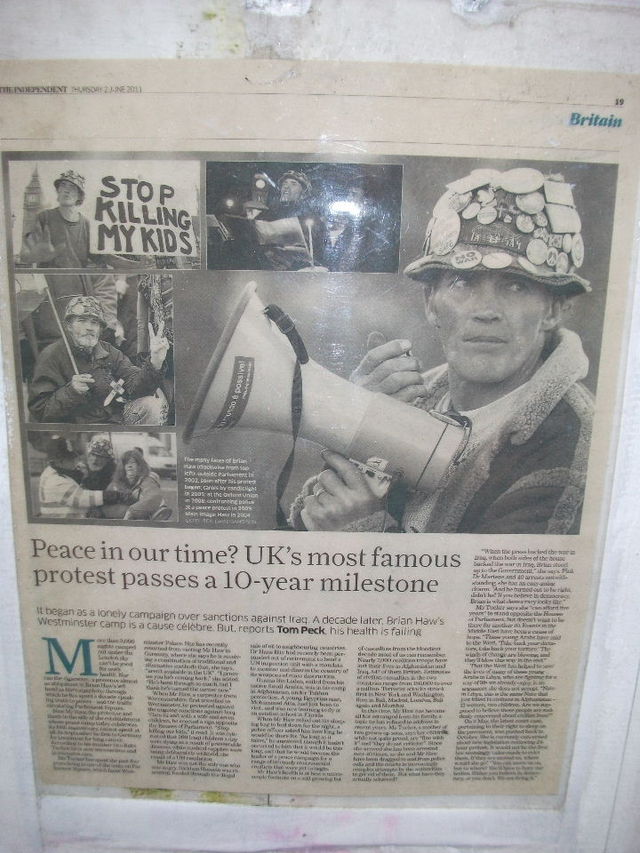 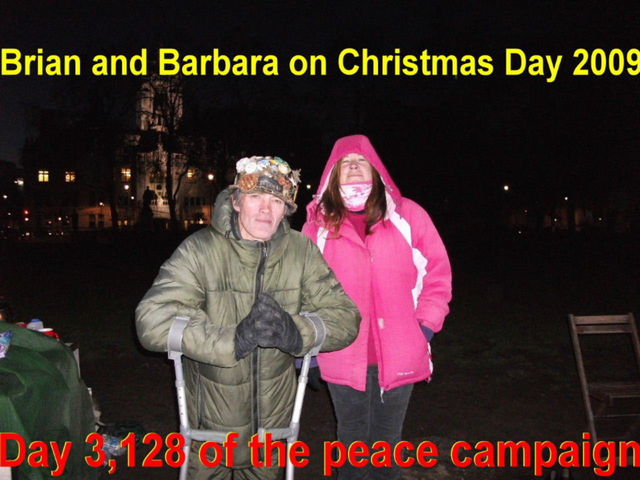 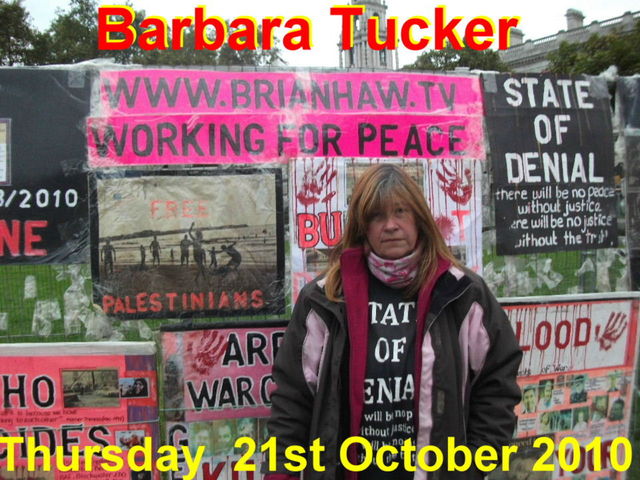 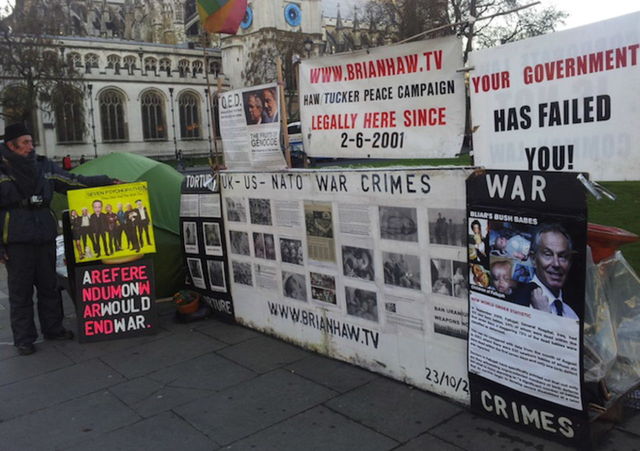 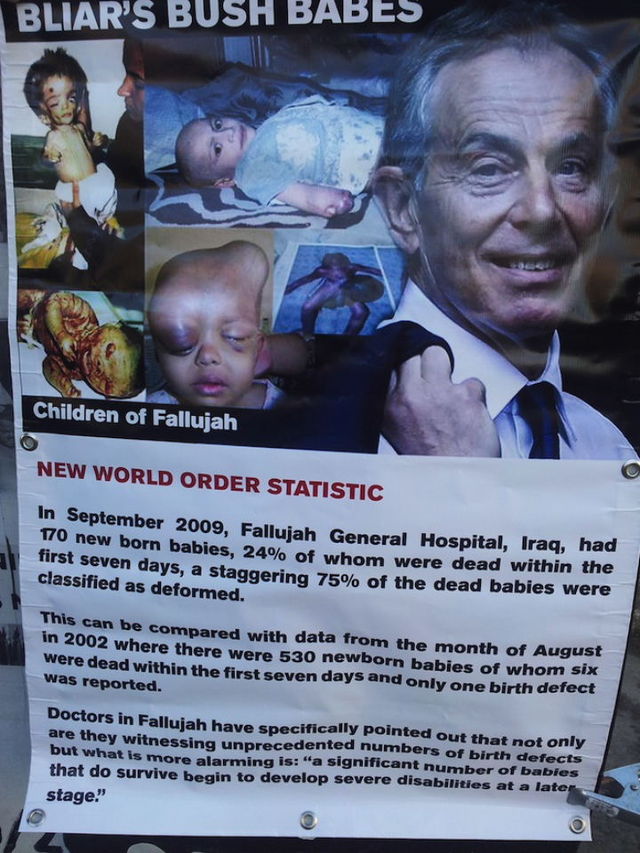 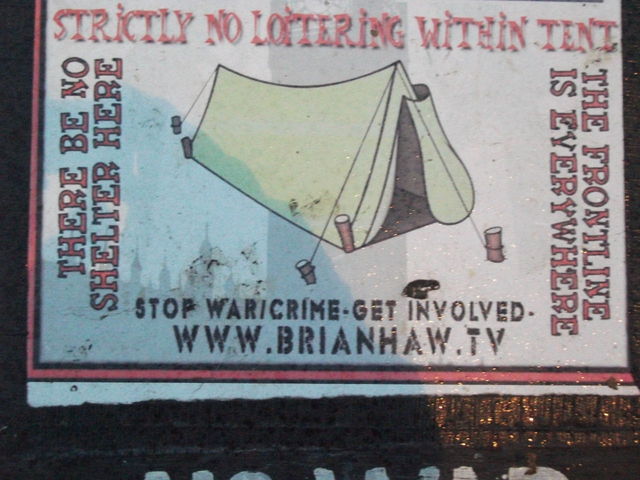 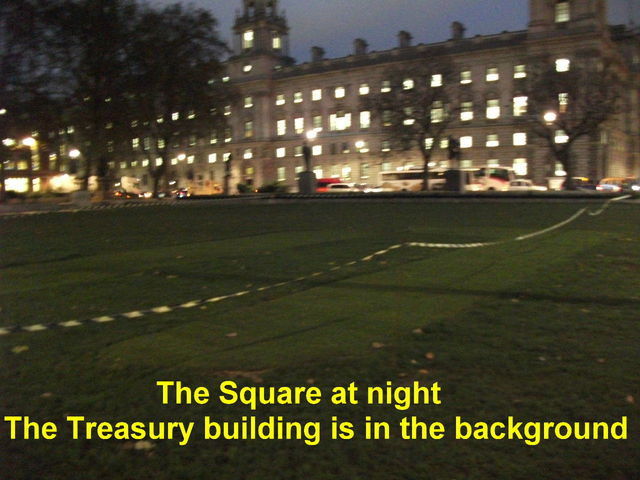 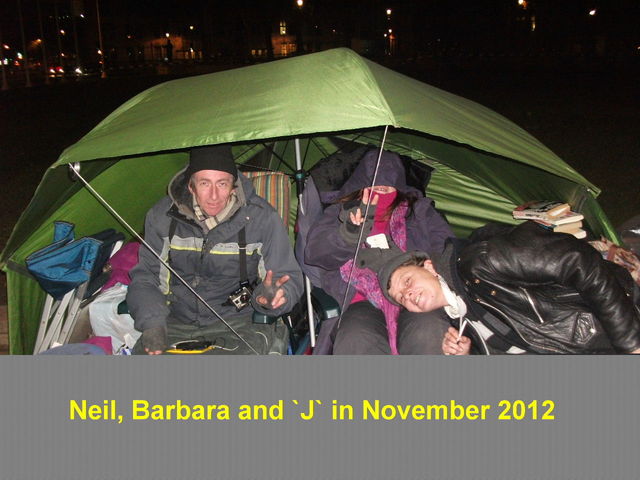 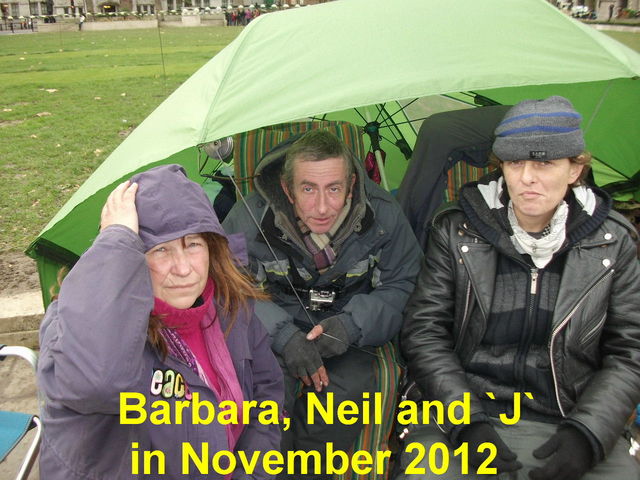 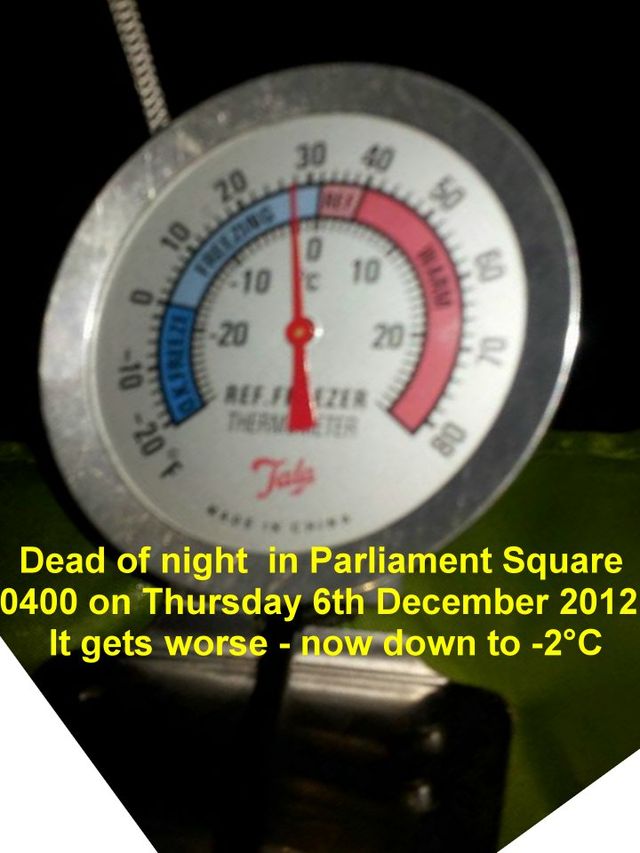 The coldest weather of the year and the advent of the shortest day on December 21st are the backdrop to the ongoing London Parliament Square peace campaign. The campaign was initiated by the late Brian Haw in June 2001 and after his death from cancer in June 2011 the protest against war crimes has been continued by Melbourne born Barbara Grace Tucker and her supporters.

In spite of an incredible 47 arrests (usually the charge is `unauthorised demonstration`) since her joining the campaign in December 2005 Barbara is still there, braving the sub zero temperatures and constant harassment from police, heritage wardens and passing rowdies.

The legal situation re the bourgeois courts is a complicated and ongoing affair; at a hearing at Southwark Crown Court a propos bail conditions on November 15th 2012 the defending barrister opined that “The judge made no fuckin’ sense.” In October 2009 at the old Horseferry Road magistrates court the prosecution falsely accused Brian Haw of a criminal offence in an area of London he had never been in. This of course amounts to perversion of the course of justice.

The police under a Superintendent Peter Terry tried to have Barbara Tucker sectioned under the mental health act. Rikki of Indymedia writes: `In October 2006 Barbara had to attend Charing Cross police station as a bail condition relating to the alleged "obstructing an officer" charge. Having learned from her experiences of being detained for 23 hours, she decided to take her lawyer with her. A fortunate move, for after being thoroughly searched she is told by Inspector Terry that he is concerned about her mental health and ordered to submit to an assessment under the Act. If she refuses to submit, he claimed, she can be forced to do so and held for up to 72 hours.

After taking legal advice, she refused and, despite a mental health team being assembled at the station, the police backed down and settled for finally charging her with "obstructing a police officer".

What does this say about Terry's perception of events? A woman finds the genocide perpetrated by our State to be unacceptable and peacefully protests outside Parliament. She has even applied for permission to do so. The police have 'reported' her for SOCPA breaches over sixty times by now, spuriously arrested her, beaten her, unlawfully detained her and attempted to have her remanded in Holloway.

Most people would recognise her as courageous and persistent. But the Met thinks she's mad and want to section her. `

Barbara used to have the use of a tent but that has been confiscated along with her sleeping bag. Mrs Tucker (the authorities, police, judges, newspapers never give her married title) has been treated for exposure and has lost the feeling in her fingers and has spent time on an intravenous drip. Nevertheless she continues to campaign and intends to stick to her post as Brian Haw would have said “For as long as it takes.”

Barbara has been subject to constant harassment and has been in Holloway prison for two short spells. Her crime? That is to protest too publicly for the liking of the powers that be.

In September 2009 she was subjected to a frightening attack by the TSG (Territorial Support Group or `flat caps`) when she was held in unlawful stress positions by six burly apes in Belgravia police station and nearly suffocated. (The TSG were involved in the killing of Ian Tomlinson at the G20 summit protests in April 2009 and at the same protests there was an attack on protester Nicola Fisher by a TSG Sergeant Smellie across her face, then striking her legs with his baton.)

The public has a right to peacefully demonstrate we are told but what the politicians like are not PEACEFUL demonstrations but rather POINTLESS demonstrations which they can safely disregard. The problem with Brian and Barbara’s campaign is that it is hard for them to ignore.

Although the mainstream media tend to disregard the protest The Evening Standard did have a photo of Barbara and her supporters sleeping rough on Wednesday October 19th 2012. This may have shamed the authorities somewhat as there was a brief respite from the harassment. This ended on the morning of Thursday 15th November 2012 when there was a theft of five sleeping bags.

The CW (City of Westminster) police took some five sleeping bags from the campaign on Thursday November 15th 2012 without giving any paperwork, this constitutes theft. During this incident the glasses of one of Barbara’s colleagues on the protest Mr Neil Kerslake were broken by one of the police. I filled in a complaint to the IPCC (Independent Police Complaints Commission).

ON THE MORNING OF THURSDAY 15TH NOVEMBER 2012 AT 0845HRS TWO CW (CITY OF WESTMINSTER) POLICE OFFICERS SERGEANT HILLMAN (BADGE NUMBER CW170) AND A CONSTABLE GREY (BADGE NUMBER CW3414) TOOK WITHOUT RECEIPT OR CAUTION SOME FIVE SLEEPING BAGS BELONGING TO THE CAMPAIGN. MRS TUCKER WAS PREPARING TO GO TO SOUTHWARK CROWN COURT AND WAS TEMPORARILY ABSENT FROM THE SQUARE. THE POLICE HAD BEEN WAITING AND WATCHING FOR AN OPPORTUNITY TO SEIZE THE SLEEPING BAGS. WHEN PROPERTY IS CONFISCATED IT IS A LEGAL REQUIREMENT FOR A RECEIPT TO BE GIVEN. THE TWO POLICE OFFICERS FAILED TO ASK FOR A REASONABLE EXCUSE THOUGH A MEMBER OF THE CAMPAIGN MR NEIL KERSLAKE DID OFFER THE REASONABLE EXCUSE OF HEALTH AND SAFETY, AS HE WAS CAMPAIGNING AGAINST WAR CRIMES 24/7 AND NEEDS A SLEEPING BAG TO KEEP WARM. THE VALUE OF THE GOODS STOLEN WAS IN EXCESS OF £100.00.
IN THE SAME INCIDENT THE GLASSES OF MR NEIL KERSLAKE WERE BROKEN BY CONSTABLE GREY. AS MR KERSLAKE IS A NON VIOLENT MAN IN HIS 50’S THIS WAS A SICK ATTACK.

I have tried to get the mainstream media interested in the remarkable campaign but with limited success. The Independent did a two page spread on day 3,000 in August 2009 when Brian was still alive and another piece on the 10th anniversary on June 2nd 2011, shortly before Brian died. The Evening Standard has done several short pieces while the most incredible response came from the news desk of the Sun (this from a London based journalist remember) who asked “Where is Parliament Square?” (!!).

The campaign goes on in spite of the harassment and in the face of the freezing weather.