vedanta is a huge mining conglomerate with a long history of abuses around the world. the indian supreme court is nearing a final decision on whether vedanta can mine for bauxite in an area precious to indigenous people in india, and recent london protests, called by 'foil vedanta', are in solidarity with them. 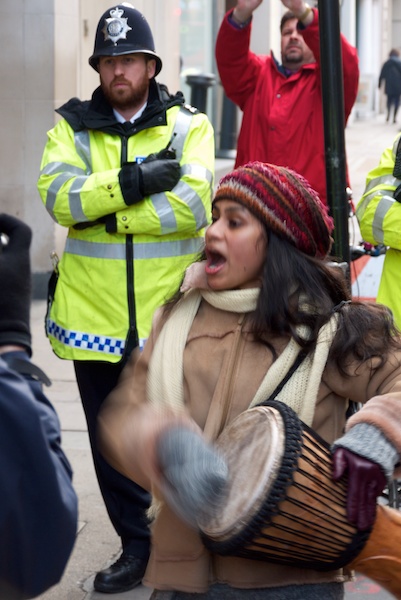 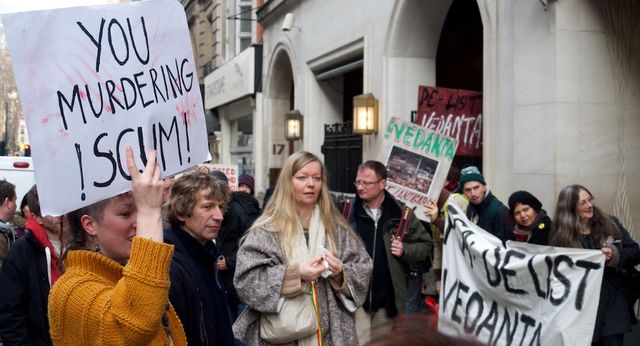 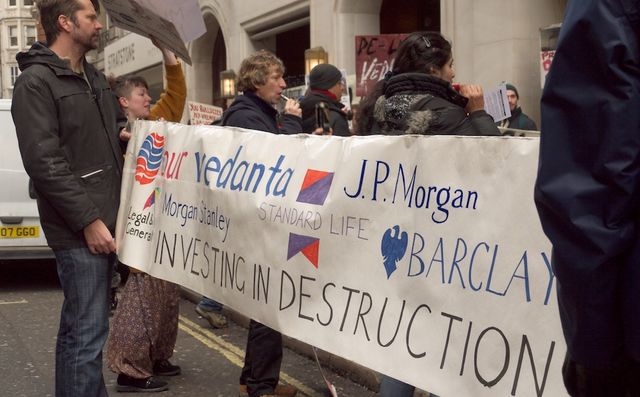 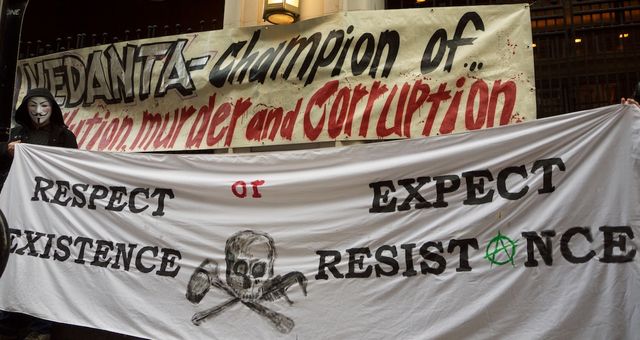 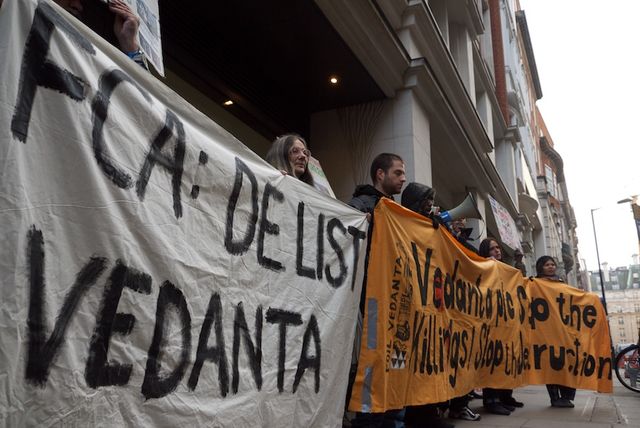 pics are some rights reserved - free for credited non-commercial radical use. all other usage contact the author.

vedanta's nominal london hq is in berkeley street, and its london presence gives it what a former CBI director describes as a 'cloak of respectability' due to its listing on the london stock exchange.

however, its record, particularly in india, is far from respectable:
- more than 10,000 displaced people and contaminated water in odisha
- suspected large scale fraud and illegal mining in goa
- a subsidiary in tamil nadu commiting environmental crimes including a gas leak that hospitalised 100 people, and involvment in corruption and bribery
- attacks on wages and union activism in chhattisgarh, where an industrial accident killed up to 100.

meanwhile the uk government supports the company through its international development, and trade and industry departments, and the world bank is helping it expand in zambia despite a record of river-poisoning. david cameron personally intervened to help secure an indian oil deal. as a result it is now drilling near sri lanka in environmentally fragile waters.

the company is funded by some of the worst banksters on the planet including HSBC, JP Morgan, and Goldman Sachs, however, because of its toxic environmental record and its human rights crimes, several large funders have recently divested.

in the niyamgiri hills of india, the indigenous dongria kondh people are fighting an attempt to mine for bauxite in their traditional sacred lands. their fate hangs on a final decision by the supreme court which was due to have been made today, hence the protest, but which has been postponed further until the 21st january.

if vedanta win the case, they will displace farmers and poison their land, as they have done so many times before, but the local dongria kondh people, along with solidarity activists around the world, have mounted a campaign of protests as well as their court challenge, and have delayed the project and weakened the company.

there were protests today in london and new york as well as in india. in berkeley street, around 25 people brought an array of banners, and made a lot of noise with whistles, drums, and chants, while handing out hundreds of leaflets to passers-by.

the next, and most important , protest will be on the 21st, when the dongria kondh find out their fate.