Portraits of Brit Nazis - approx 12 support Golden Dawn today - can you ID them?

On the global day in support of Greek antifascism and against Greek fascist party Golden Dawn, a small group of British fascists showed their support of Nazism in a tiny police pen alongside. 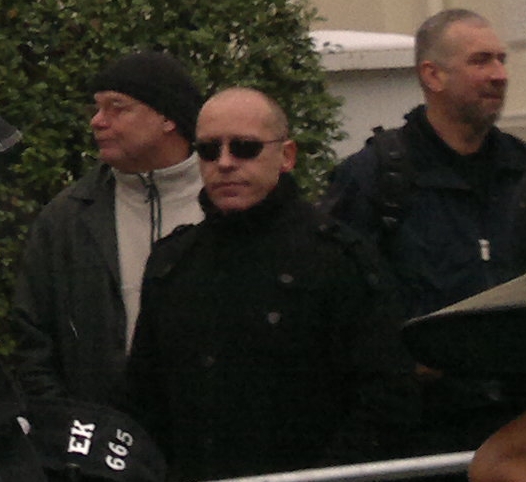 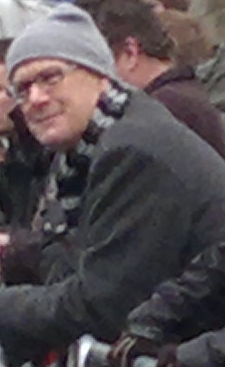 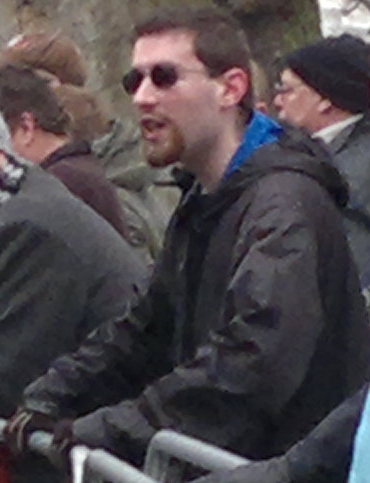 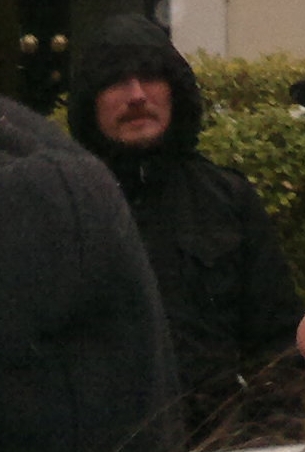 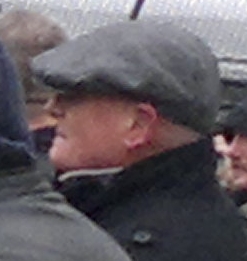 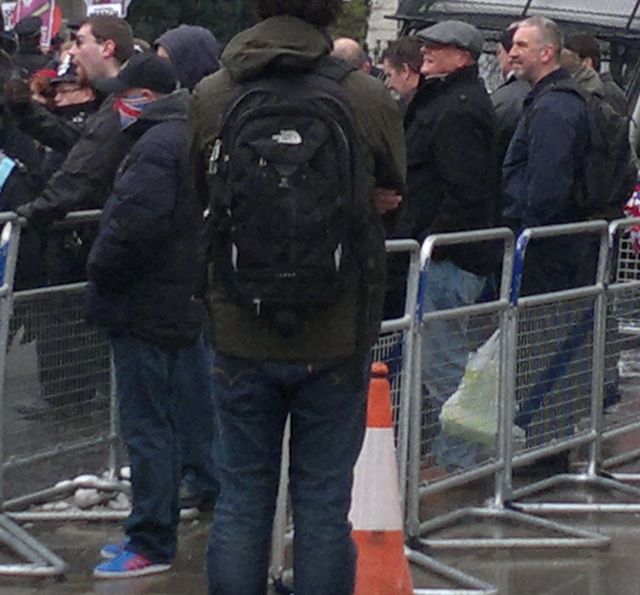 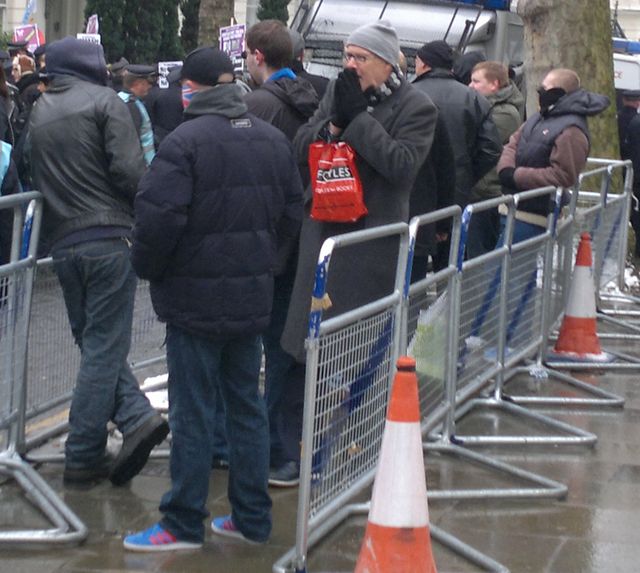 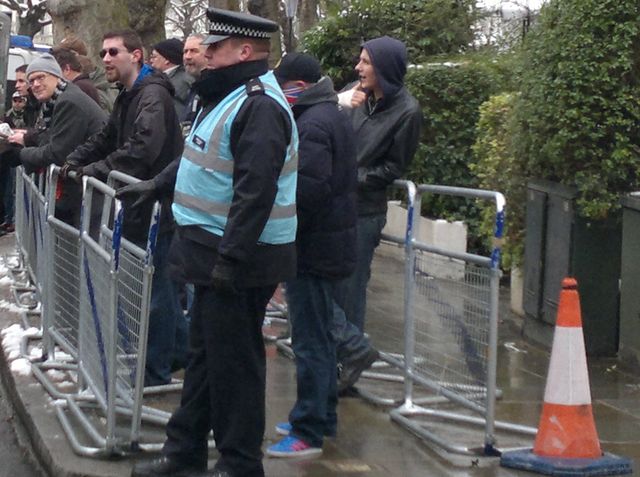 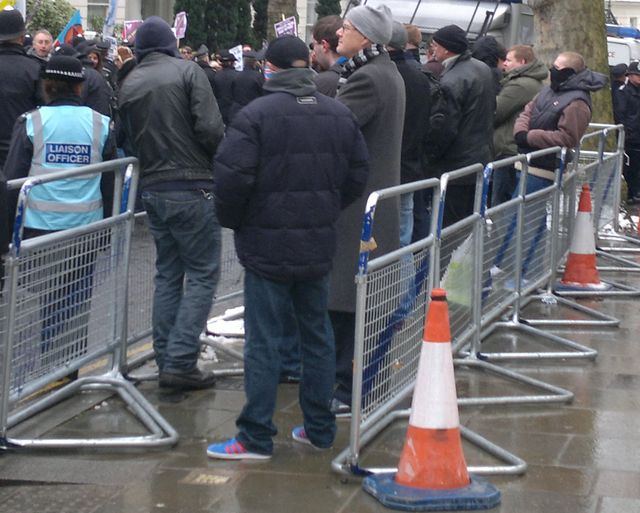 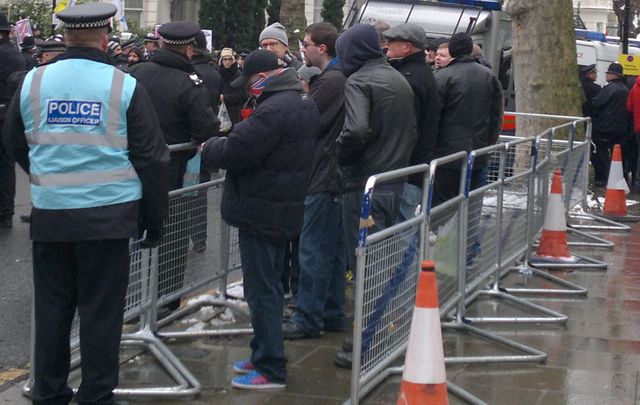 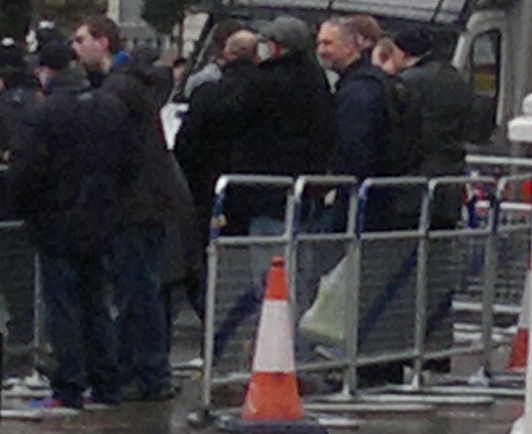 Read about the British Nazis at

"After hearing that antifascists and Greek folks living in the UK will be holding a solidarity demo outside the Greek Embassy this Saturday (19 Jan) groups such as the EDL and Casuals United have made plans to counter the demo, and will turn up in opposition, to show solidarity with the classically fascist Golden Dawn party of Greece. It seems strange that these creeps have spent the last couple of years whinging that they are not fascists, or Nazi’s, and now they publicly support a European Party that is both..."