Six members of the North West Infidels are due to appear in court on charges of attacking on an anti fascist group in July last year. 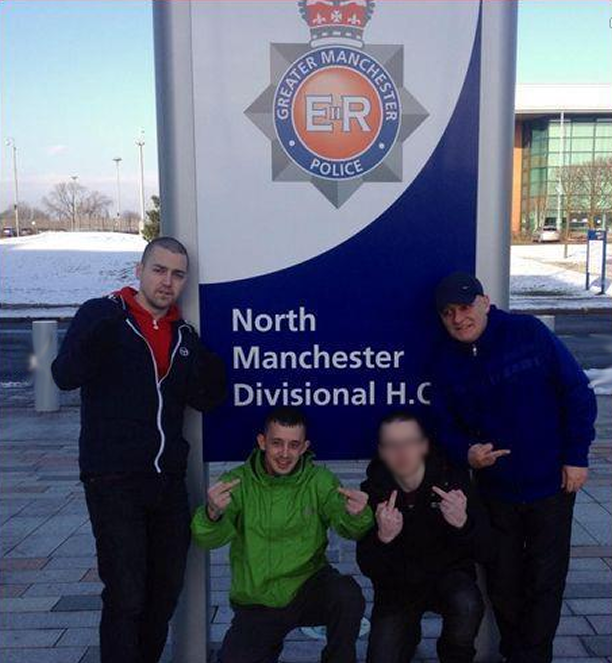 Shane Calvert of Shetland Close, Blackburn, Peter Hawley, of Ailsa Road, Blackburn, Lancashire, Liam Pinkham, of Victoria Road, Wallasey, Merseyside, Nathan Smith, of Kingsway, Huyton, Liverpool, and Michael Kearns, of Dovecot Avenue, Liverpool, and a 17-year-old boy from Liverpool, who cannot be named for legal reasons, have all been charged with violent disorder.

All are due before Liverpool Magistrates Court on 7 February.

The charges follow a pre-planned operation by the North West Counter Terrorism Unit on 2 October 2012.

The arrests were part of an ongoing investigation into a disturbance in Liverpool city centre on Friday 6 July 2012.

Three members of an anti-fascist group received minor injuries after being kicked and punched by a group of around 10 men from an extreme far-right group who then ran away from the scene.