01.02.13 Mel Broughton has been released today after serving 5 years, 1 month and 15 days of his 10-year sentence for animal rights related offences against Oxford University animal lab. 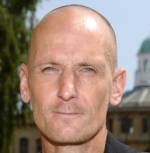 "Mel Broughton (born 5 July 1960) is a British landscape gardener who has risen to public prominence as one of the UK's most notable animal rights advocates. He was the co-founder in 2004, with Robert Cogswell, of SPEAK, The Voice for the Animals, a campaign to stop animal testing in Britain, which is focused on opposition to a new animal laboratory at Oxford University.[1]

Broughton was jailed for two years and eight months in 1999 after police found a firebomb in his car, which he said was intended to destroy animal transporters to stop the live export of animals from the UK to the European continent.[2] He was arrested again and remanded in custody in December 2007 after the Animal Liberation Front planted incendiary devices in Oxford University colleges. A jury cleared him of possessing explosive substances, but failed to reach a verdict on other charges. Following his retrial in 2009 he was convicted and sentenced to 10 years in prison for conspiracy to commit arson.[3] However, in March 2010 Mel Broughton had his conviction overturned, arguing that the DNA evidence in the case had been unreliable.[4] He was later granted bail with "stringent conditions" and was re-tried in June/July 2010.[5][6] On the 13th of July 2010 Broughton was once again found guilty and returned to prison to complete the balance of his sentence." (wiki)