Yesterday afternoon around 1:30 a group of 20 Save Birmingham protesters entered Birmingham City Council House and occupied the Balcony overlooking Victoria Square. The protest was against the planed £625m cuts the council are about to implement. The Labour group who have a majority on the Council were to have a private meeting later that night at 6:30 to agree these cuts ahead of the budget vote on February 26. 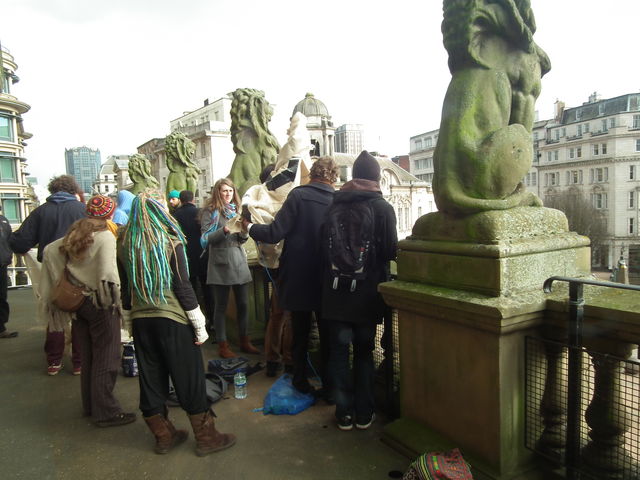 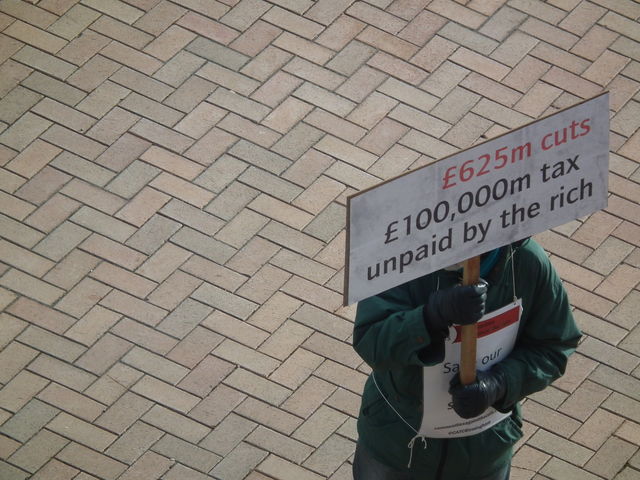 A seperate 'Slient Protest' had been on going since the morning 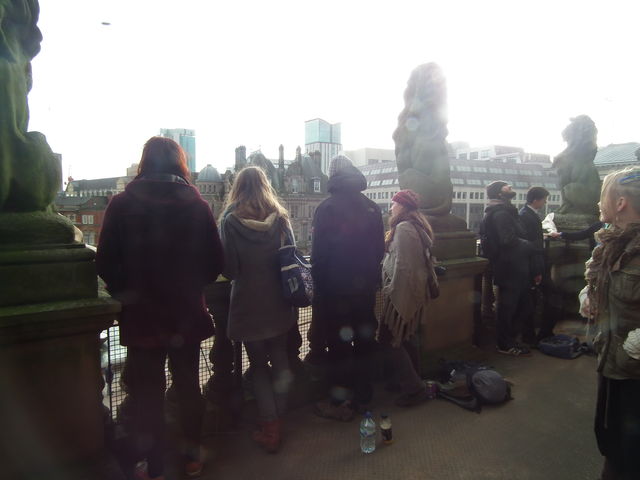 Enjoying the view of brum from above 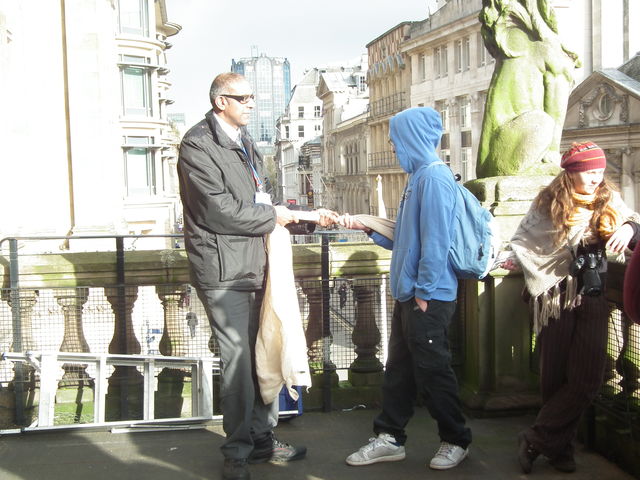 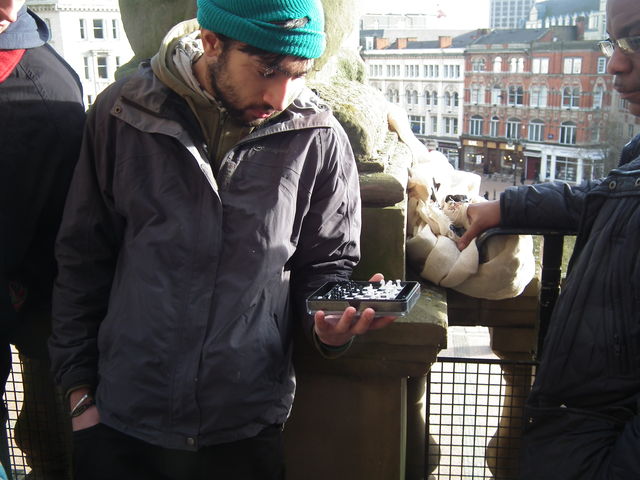 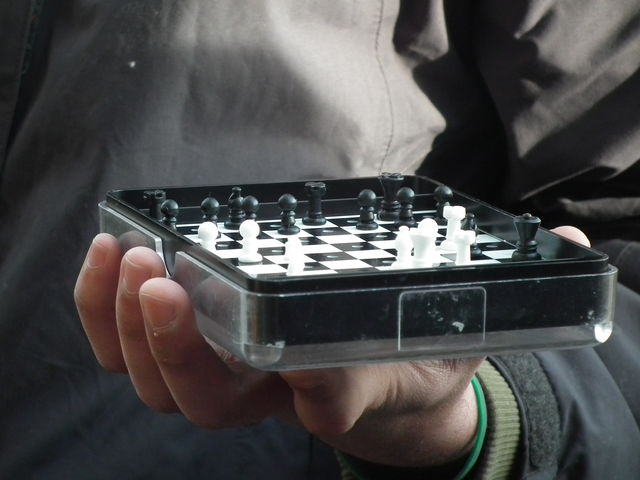 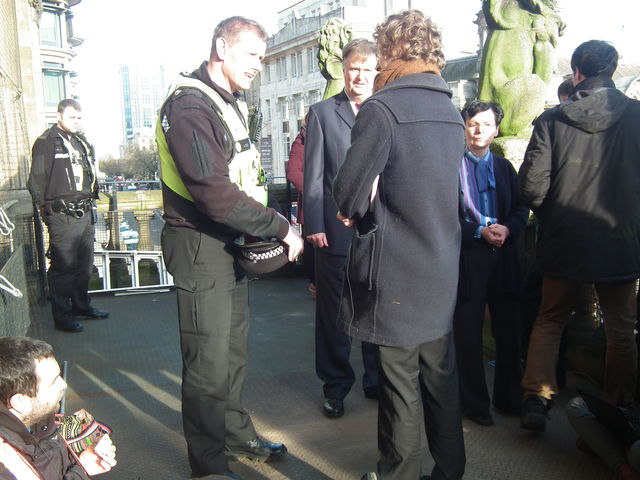 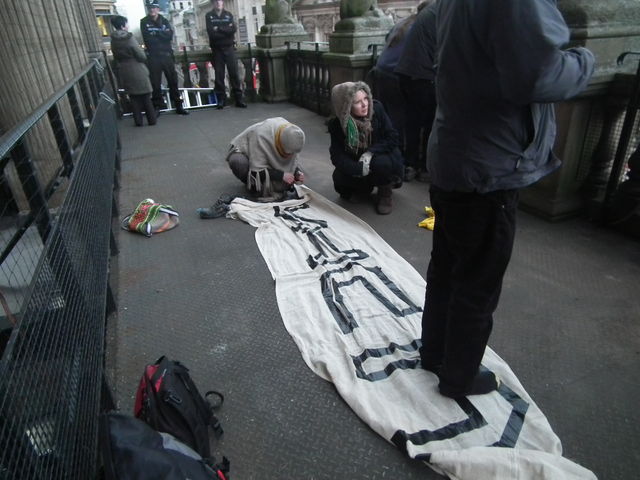 Banners eventually won back from security 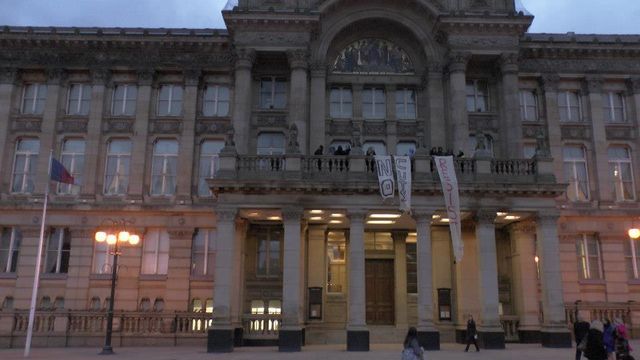 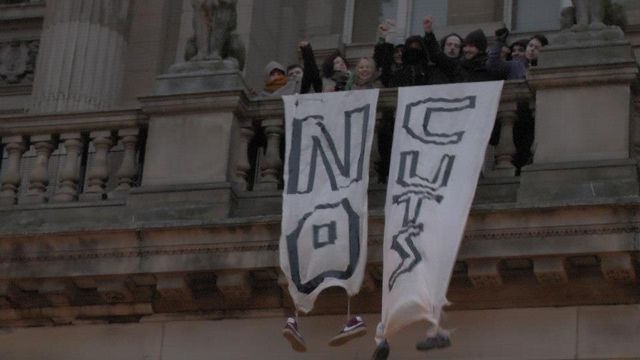 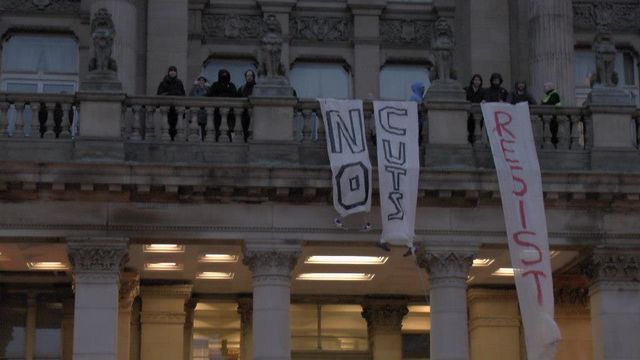 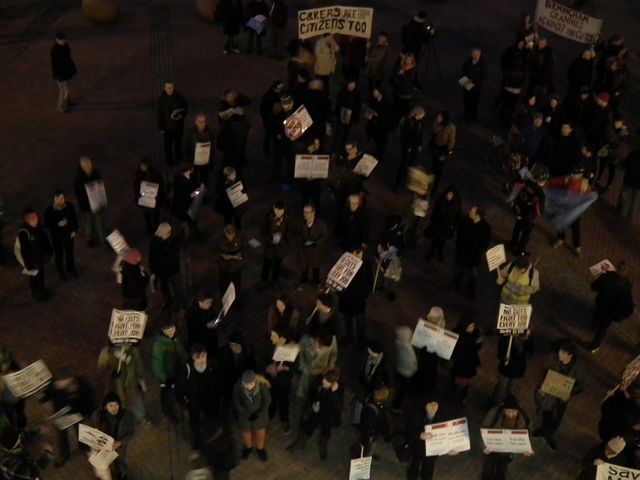 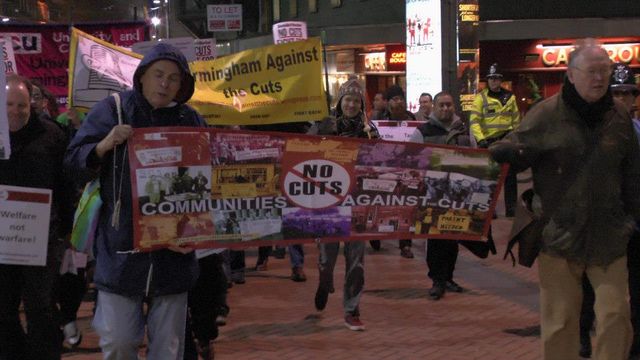 Communites Against the Cuts 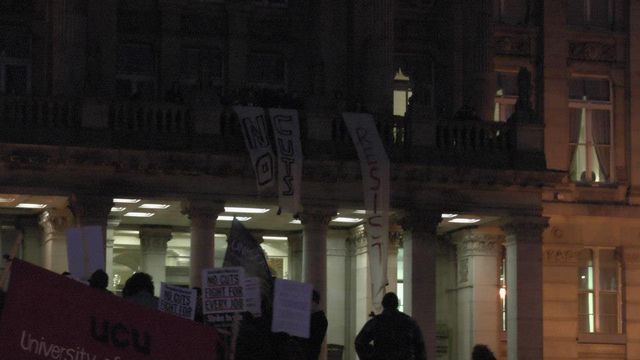 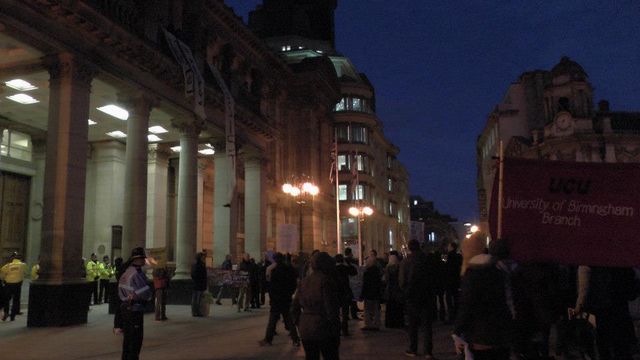 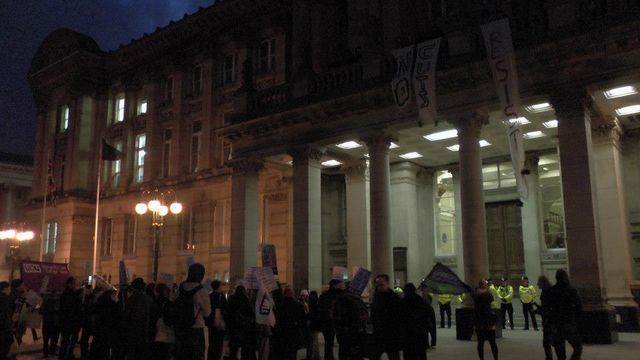 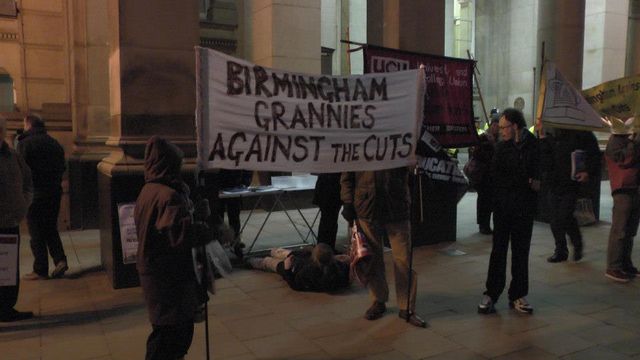 Birmingham Grannies Against the Cuts 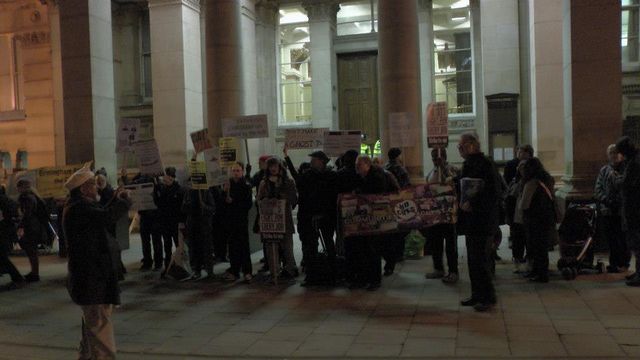 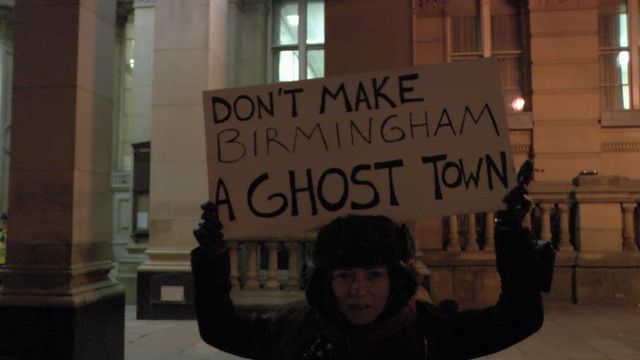 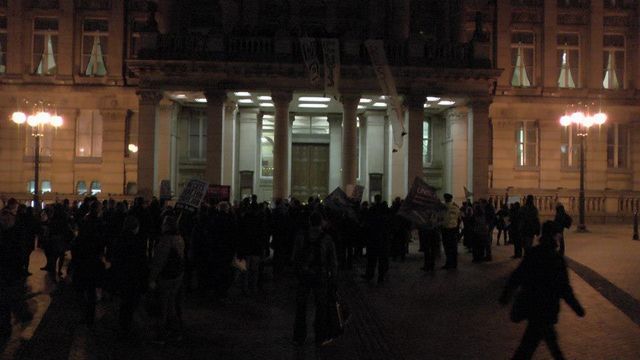 The group stayed up on the balcony for about five hours where at 6:00pm they were greeted by a 200 strong demonstration that had marched from the Bullring to Victoria Square.