Fuera Monsanto!
Wednesday 6th February in San Jose, Costa Rica saw yet another demonstration against the GMO giant Monsanto. Organised by Ya Basta! Attended by many. 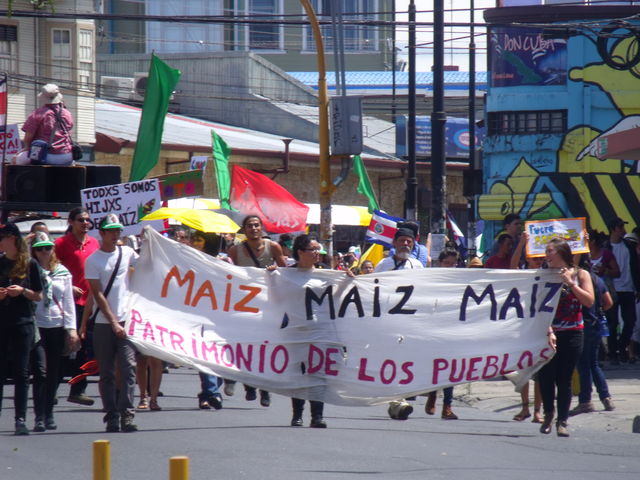 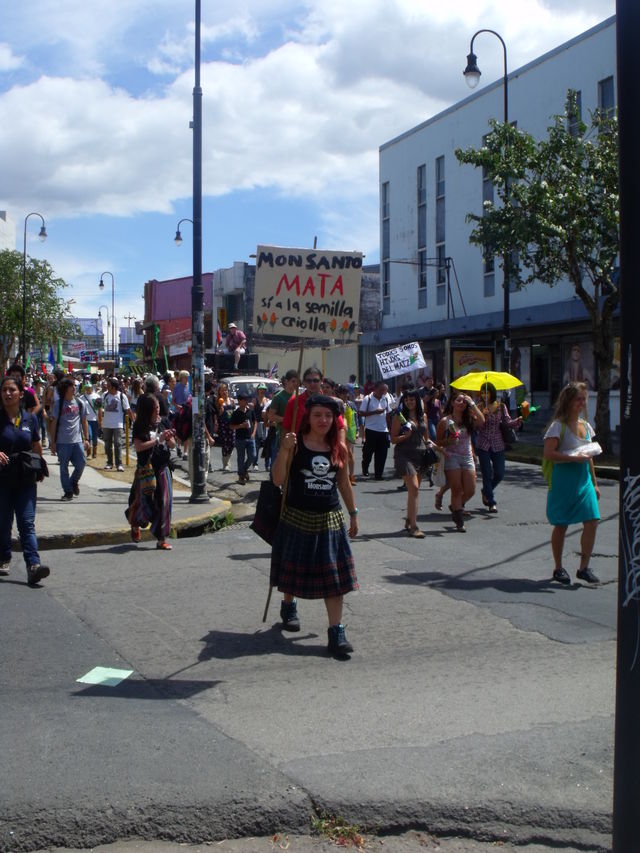 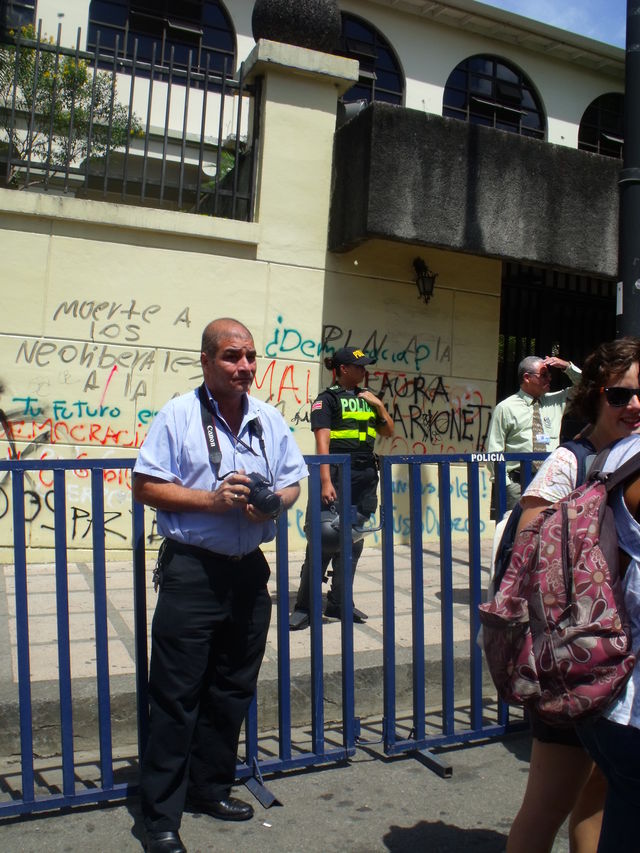 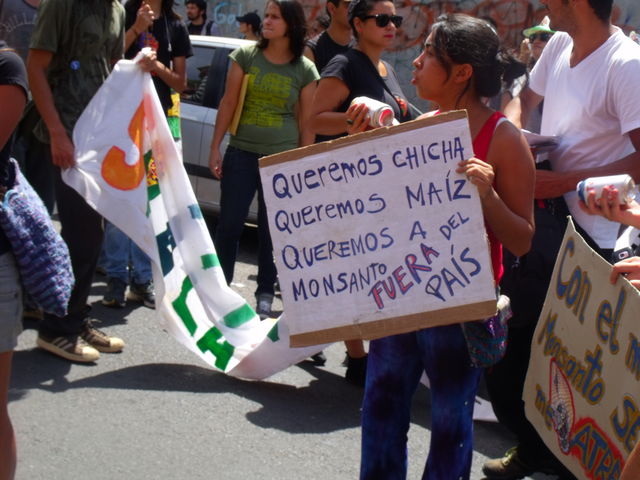 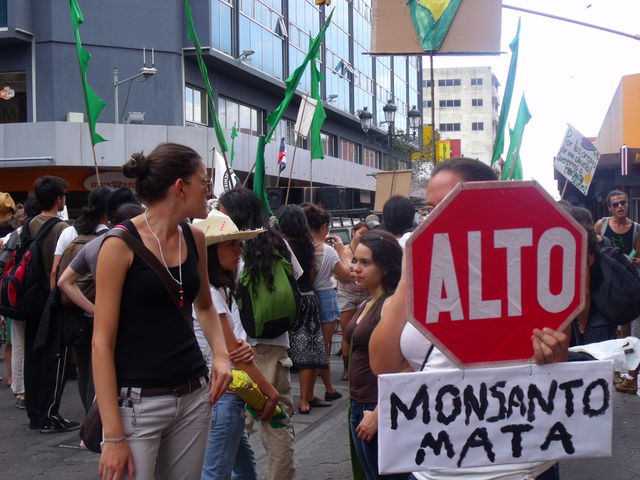 The National Biosecurity Technical Commission gave Monsanto the (not so) green light to grow GM corn in the province of Guanacaste. The corn will be produced to obtain seeds for research, with the aim to withstand super harsh herbicides (also produced by Monsanto) and the seeds produced will be exported.

There are many municipalities which have been self designated non-GMO zones, and 20% of the national territory is off limits, included in this 20% is monsantos chosen land, Abangares of the Guanacaste region, therefore granting permission of GMO crops in Abangares is a violation of sovereignty of that municipality.

Protesters made a demonstration aimed at the Sala IV (4th Chamber) who still have the power to decline the decisions which the commission has approved, despite the wealth of information presented to them highlighting the damaging effects of allowing GM crops to grow in Costa Rica. Main opposition from within the commission came from agronomy engineer, environmentalist and commission member Fabián Pacheco, who presented studies that show organ damage and tumours to be an effect of GMO, as well as the impact GM crops will have on local farmer’s rights. Arriaga, a local farmer worries that the GM seeds will contaminate local seeds, as corn cultivation depends on open pollination, meaning that plants are pollinated through the air, water and via insects. Other farmers worry they will end up having to pay for patented seeds. Fabián Pacheco and other environmentalists have since been legally blocked from accessing company information about the seed variety Mon 603.

Companies like Monsanto reinforce the dangers of patenting natural resources, having impacts on food sovereignty, seed diversity and seed distribution. It is particularly important to have seeds that can withstand differing weather patterns, flooding, drought and the fast changing climate, it is true that GM companies provide such things, but so does nature, and without the need for mass use of herbicides, pesticides, and the environmental degradation that comes with GM products. The control the agro-industry has over our food supply and farms is damaging and worrying, companies such as Monsanto have a history of filing lawsuits against farmers whose crops become contaminated with pollen from GM varieties growing close by (see food inc). Last year it was revealed that an unthinkable number of Indian cotton farmers had killed themselves due to ever failing crops and cost inflated seeds, most of which had made the shift to growing GM cotton seeds supplied by Monsanto. (

It is positive news for the citizens of Costa Rica that there is an ever increasing ban on marketing and consuming GM products, it is however disheartening for citizens of the world, as Costa Rica does allow GM to be planted for seed export and for research purposes.