Self-Organised London Social Space has now been opened in a squatted office building near Elephant and Castle.

Eileen House on 80-94 Newington Causeway, a 1960s office building, has now been empty for years. Its redevelopment has been subject to a protracted and contested debate between Southwark Council, Oakmayne developers, local residents, the famous nightclub “Ministry of Sound” (located opposite Eileen House) and – the mayor of London (see PDF). After numerous months of haggling and bureaucratic warfare, it’s time to reclaim Eileen house for the public and the interests of the Elephant’s residents!

On Tuesday night, 19th February, a number of social centre collectives squatted Eileen House as a direct action against gentrification. As a selforganised London Social Space, we want to propose & exchange ideas for radical alternatives, serving the needs of the many vibrant and organic communities around E&C!

For this reason we will put on a number of events, talks, discussions, film screenings, music nights and much more for the first week (see below). All residents and Londoners are more than welcome to pop in for a cuppa, discuss matters, attend our events or just have a good chat! During this first week we are really happy for people to come mby, have a look around the building and maybe give us a hand with setting up the space, while on the long run, the opening times will be from Wednesdays till Sundays, 2-10 pm. 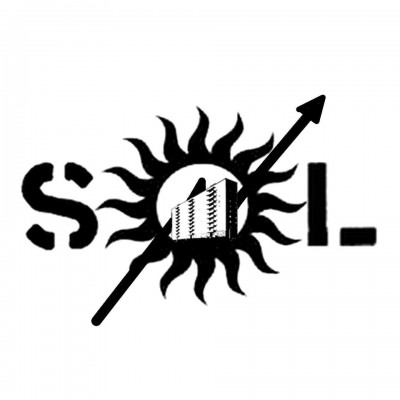 No Shoes No Roots
http://norootscrew.wordpress.com/

a nice decent sized building in a good location, right when we need some organisation...

i was eyeing that building for years, and could never work out a way in, and my mum is called Eileen and she was born/raised on the cut, so that big sign "Eileen House" always had a calling for me good luck.

Order didn't get signed off today, courts too busy. Will be done tomorrow 11am. Then they need the hearing for the warrant which could take until Monday... 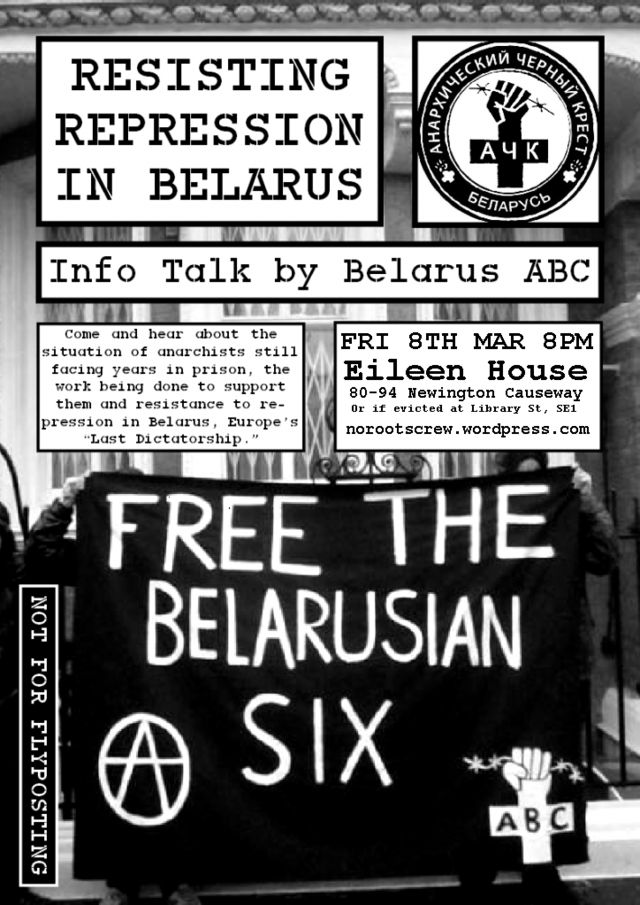 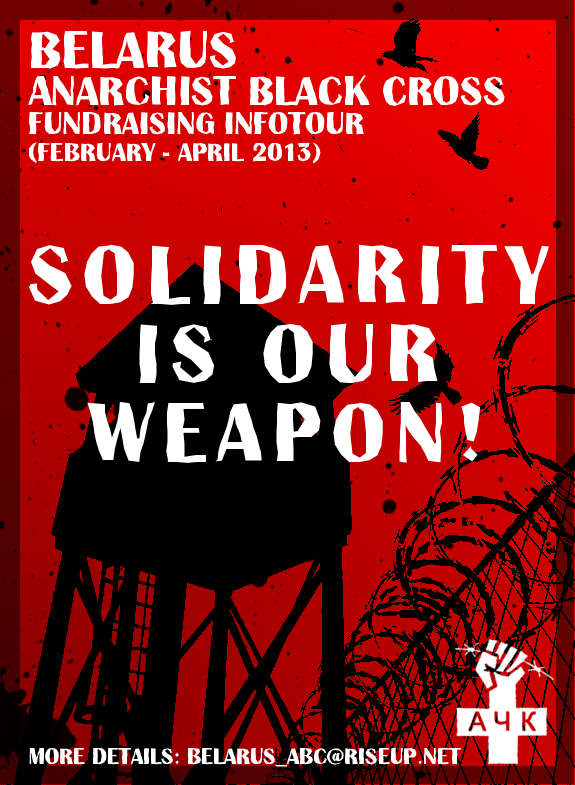 Greek night with talk & discussion on insurrectionary activity in Greece such as Conspiracy Cells of Fire and Revolutionary Struggle, related court cases and prisoner struggles, as well as the recent repression against Villa Amalias, Skaramaga and Lelas Karagianni 37 and other squats.

Despite the welcome release of Pavel Syramolatau in September 2012, 5 comrades supported by the Anarchist Black Cross are still in Belarusian jails facing years of incarceration since being convicted of a range of crimes in 2011.

Artsiom Prakapenka was sent down for an attack on the KGB headquarters in Bobruisk, in solidarity with anarchists arrested in 2010. He faces 7 years. Jauhen Vaskovich faces the same, being convicted of the same crime.

Ihar Alinevich faces 8 years, convicted of attacking the Russian embassy in Minsk in solidarity with Russian anarchists arrested in the high-profile Khimki case. He was also convicted of arson at the Belarusbank and attack on the ‘Shangri La’ casino. He denies all of these charges but was kidnapped by plainclothed cops when in Moscow and extradited to Belarus illegally. He was also sentenced for participation in an anti-militarist demonstration near the headquarters of the General Staff in Minsk.

Aliaksandr Frantskievich was sentenced to 3 years for participation in an attack on the (state controlled) Trade Union Federation building and for computer hacking. Despite having serious health problems (has only one kidney) he is still being held in a pre-trial facility.

Mikalai Dziadok was also found guilty of the attacks on the ‘Shangri La’ and trade union building, and participation in the anti-militarist demo, and was sentenced to 4.5 years after being held illegally. He too denies charges against him.

The criminal damage for which these comrades were sentenced amounts to only a few hundred dollars in each case. They are being in especially harsh conditions, reflective of their noncompliance.

These convictions form part of an ideologically driven repression of anarchists in Belarus. They follow the revitalisation of Belarusian anarchism in the past few years. Unlike in some other ex-Soviet Union countries and other modern dictatorships, anarchists do not form a minor part of a dissident prison population consisting of the usual pro-democracy and anti-corruption activists. They in fact make up just under half of the ‘political’ prisoners in Belarus. This is partly because it is possible to have sentences revoked if you admit your guilt and write to the state asking forgiveness, which the 5 will not do.

The Belarusian ABC has campaigned consistently for them to be released and, in the immediate term, for them to be allowed visits, medication, letters and literature, and raises money for solicitors’ fees and to buy the comrades’ food. Supported by the International of Anarchist Federations (IFA-IAF) they are undertaking a tour of France, Italy, Germany, Spain and UK, to raise awareness and spark further solidarity. The latter have a good chance of success because Belarus’ President Alexander Lukashenko has expressed a desire for the country to be allowed to join the E.U. There are rumours that this may be considered if human rights in the country are addressed.

The speaker for Belarus ABC will be in the UK mid February- mid March to discuss the situation for activists in the country and to build solidarity for the prisoners. Please consider putting on a meeting. A leaflet template is below.

For more information about the prisoners and the ABC in Belarus:

used to visit there, filling in endless forms, when it was some sort of DSS office or something... 20 years back... BRILLIANT to see it squatted. Good luck with it folks!