Counter-protest against the NF, Swansea, 9 March 2013

South Wales NF are planning a "White Pride World Wide" demo, to take place in Swansea on 9 March 2013. Although the publicity pretends the demo is against racial discrimination directed at whites, it's organised by Hitler-worshipping Nazis Bryan & David Powell, and as such insults all Welsh people who fought during WW2 and the Spanish Civil War, and the 230 people who were murdered and 400 people who were injured by Hitler's Luftwaffe during the Swansea Blitz. 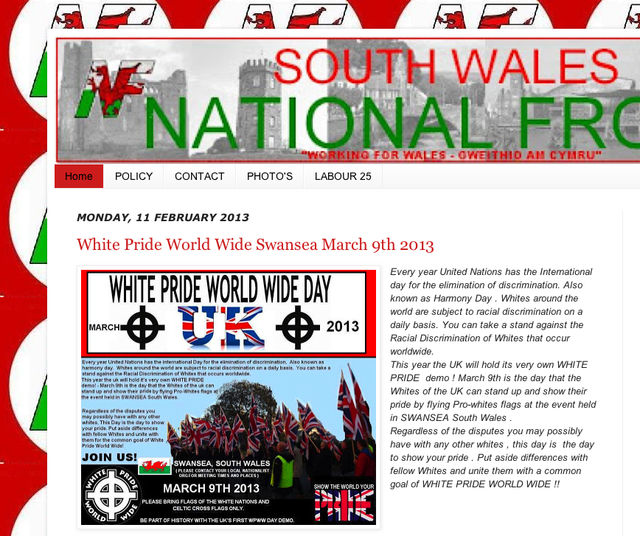 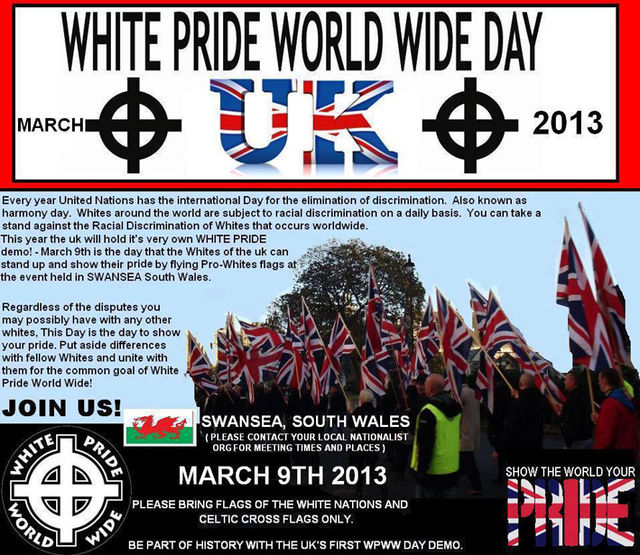 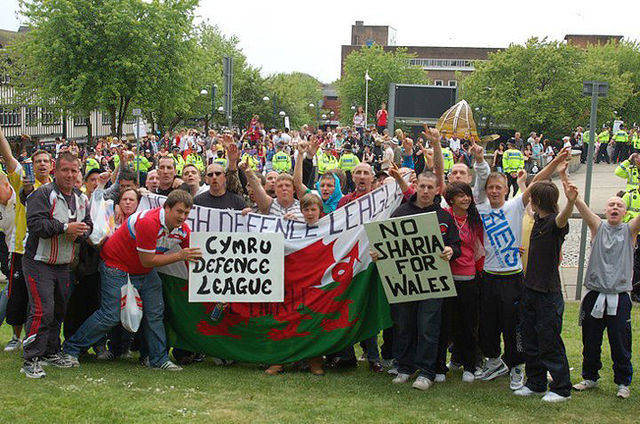 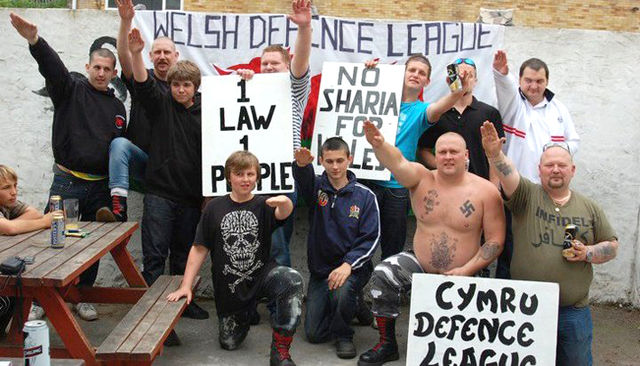 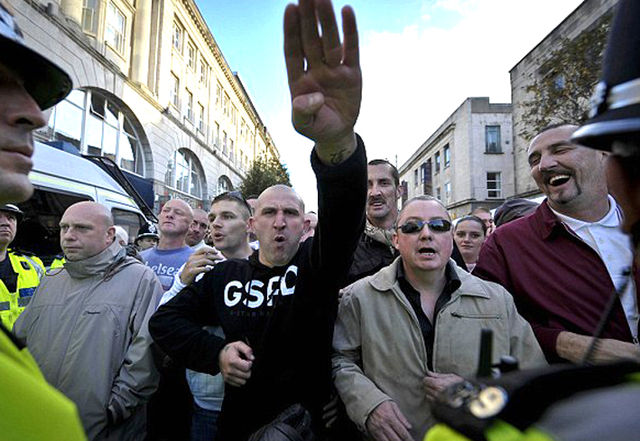 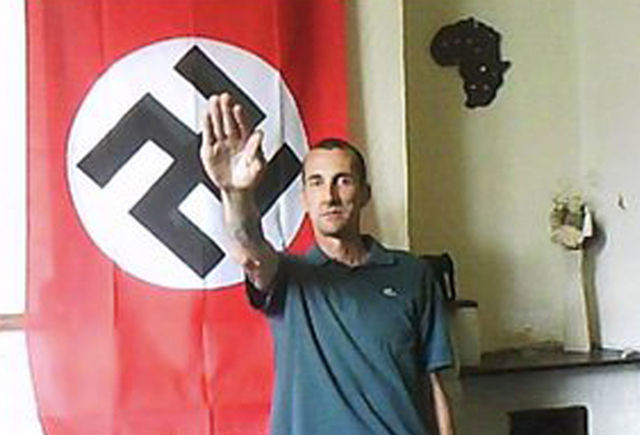 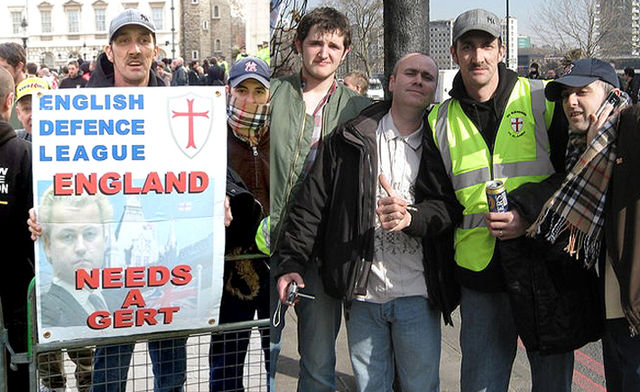 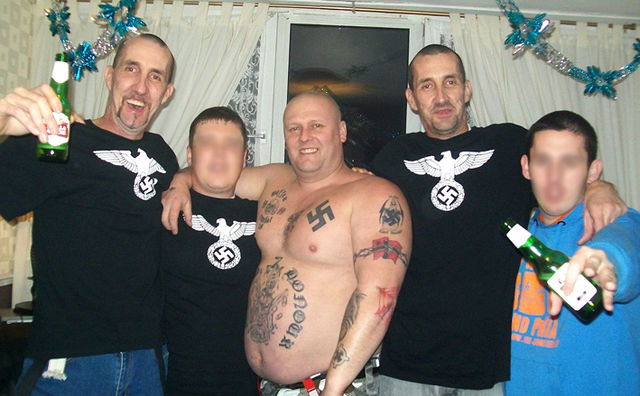 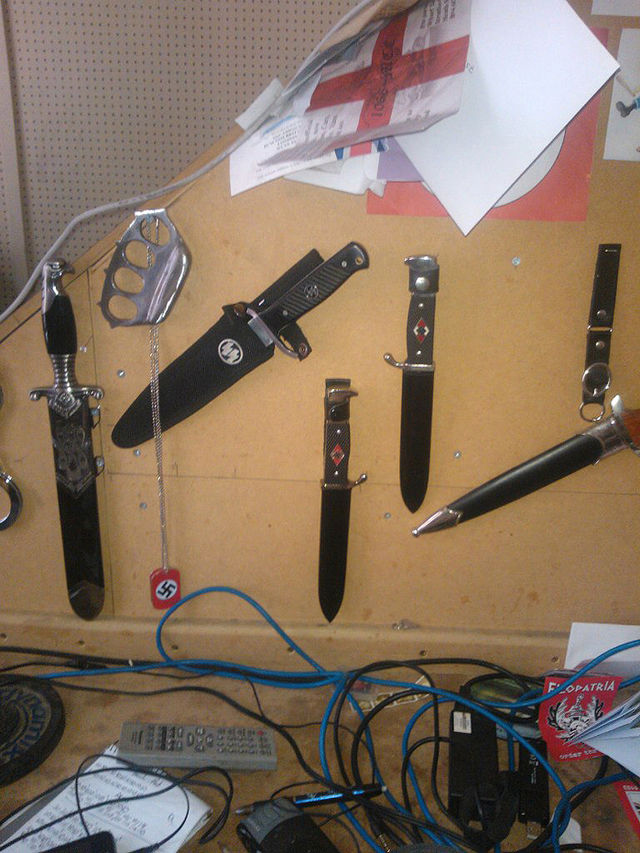 South Wales National Front are planning a "White Pride World Wide" demo, to take place in Swansea on 9 March 2013. Although their publicity pretends the demo is against racial discrimination directed at whites, it's organised by Hitler-worshipping (and nearly identical) Nazi brothers Bryan & David Powell (of Morriston, Swansea), and as such the demo insults all the families of Welsh people who fought and died during WW2 and the Spanish Civil War, and the families of the 230 people who were murdered and the 400 people who were injured by Hitler's Luftwaffe during the Swansea Blitz.

The Powell brothers became notorious after being photographed among the Sieg Heiling Nazis of (Casuals United founder) Jeff Marsh's EDL branch the Welsh Defence League, during the WDL demo in Swansea, 17 Oct 2009; but, after the Powells had been exposed as Nazis, the EDL still chose Bryan Powell to steward an EDL march in London, 5 March 2010.

Since the WDL collapsed after being exposed as Nazis, the Powell brothers founded the South Wales NF group, with Bryan also playing in a godawful folk band Waredigaeth ("Deliverance"), alongside banjo teacher and ex-WDL goon Chris Lewis (aka Criss Lewis, aka Banjo Lewis, last known address Pontarddulais, Swansea), at the SWNF Xmas Party and at the Nazi organisation Blood & Honour's last social in (literally) an old shed on the outskirts of London.

Although in practice SWNF consists of little more than the Powell family and at best a couple of dozen friends (Chris Lewis, Luke Pippen, Steven White, Ken Davies, Wayne Baldwin and former BNP candidate Sion Owens etc) the Swansea demo is likely to draw supporters from the North West Infidels, England's Golden Dawn, Casuals United and other Fascists who've advertised the demo on their Facebook pages etc. Although the NF demo isn't likely to be well attended, if we can't beat Fascists when they're weak, we definitely won't beat them when they're strong, and making a strong show of opposition to these Nazis sends an important message to Fascists across the UK and overseas and to figures in the right-wing establishment who might be considering whether they can work with these thugs (Fascists have often been used for strike-breaking in industrial disputes, for instance).

Exact details of the "White Pride World Wide" demo have yet to be announced, so the National Campaign Against Fees & Cuts say the "counter-demo will take place starting in Castle Square, Swansea at 11am, but details will be updated as new facts emerge"...