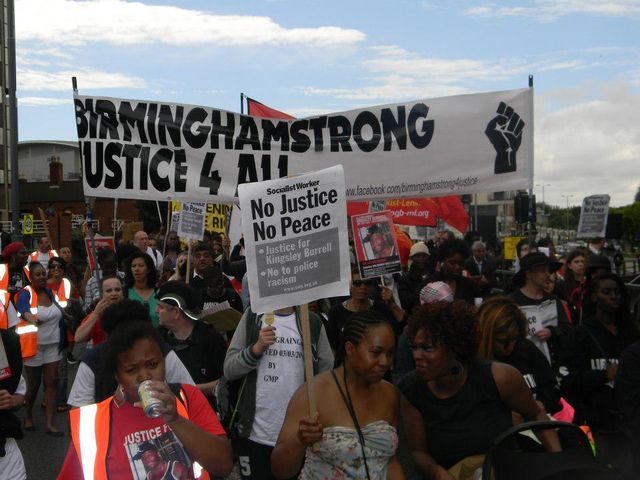 March 15 has been a day of international action against police brutality around the globe since 1997. The specific date is significant because in Switzerland, on March 15, two children, ages 11 and 12, were beaten by police. M15 originated from the Black Flag group in Switzerland and from the Collective Opposed to Police Brutality in Montreal. People in countries across the world come out to the streets in March to express their rage against the police. In Montreal specifically, there has been fierce annual riots erupting from the depths of the dispossessed. This March 15, We encourage everyone to join the rest of the world in the streets the timing couldn't be more appropriate. On this date 2 years ago the Police killed a British Reggae Icon David Emanuel aka Smiley Culture proved in court to be an innocent man and weeks later Birmingham man Kingsley Burrell dialled 999 for help and ended up dead 30th March 2011. Not forgetting unarmed man 36, Anthony Grainger shot and killed in a pre planned operation in Manchester on 3rd March 2012.

They include that officers pressured other witnesses to withdraw criticisms of South Yorkshire police;

They concentrated on and sympathised with South Yorkshire police's discredited account that supporters were drunk and misbehaving;

They failed to conduct an investigation rigorous enough to result in criminal or disciplinary proceedings against anyone.

They played a central role in the failings of the Hillsborough inquests which have now been quashed.

We are looking for all trade unions, all campaigns 4 justice and all students across the uk to join us in this international day of action.

Speakers to be announced from across the UK including representatives for families in USA & EUROPE.
EMAIL MORE INFO:

The United Families & Friends Campaign (UFFC) calls for an independent judicial inquiry into all suspicious deaths in custody. UFFC is a coalition of families and friends of those that have died in the custody of police and prison officers as well as those who died in psychiatric and immigration detention. It also has members and supporters from campaign groups and advocacy organisations from across the uk including BirminghamStrong Justice 4 All. The Independent Advisory Panel on Deaths in Custody report published in 2011 states: in total, there were 5,998 deaths recorded for the 11 years from 2000 to 2010. This is an average of 545 deaths per year. Despite the fact there have been 11 unlawful killing verdicts since 1990 there has never been a successful prosecution

WHAT IS DEATHS IN CUSTODY?

Deaths in police custody include situations where the deceased was 'arrested or detained in charge of a constable or otherwise in the hands of the police' as defined by the Police and Criminal Evidence Act 1984.Aside from people actually arrested or detained, fatalities in the following situations are also classed as 'custody deaths':

The IAP has today published their statistical analysis of all recorded deaths in state custody between 1 January 2000 and 31 December 2010. This represents an important piece of work for the Panel as this is the first time that all recorded deaths in state custody will be broken down by ethnicity, gender, age and cause of death, and presented together in a single format.

The statistical analysis covers deaths in:

The report found that: