Activists head to Swedish embassy to demand guarantee of no further extradition of Assange to U.S. 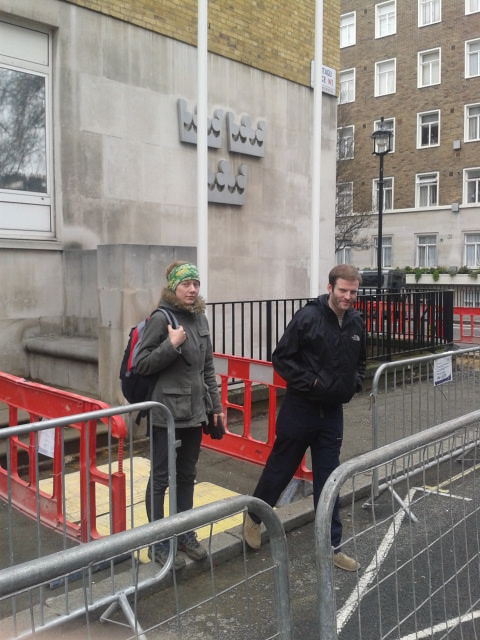 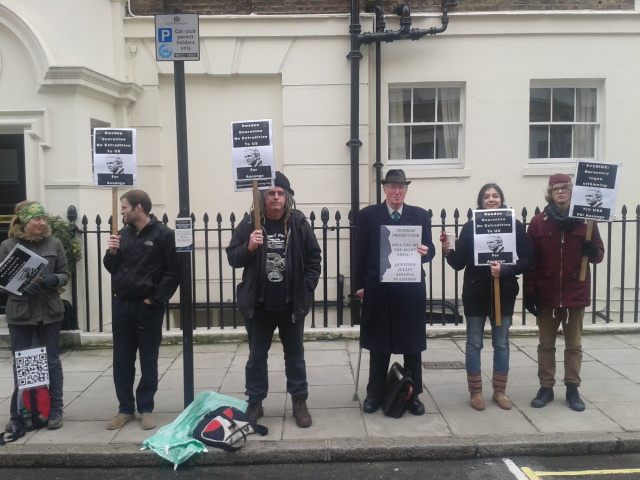 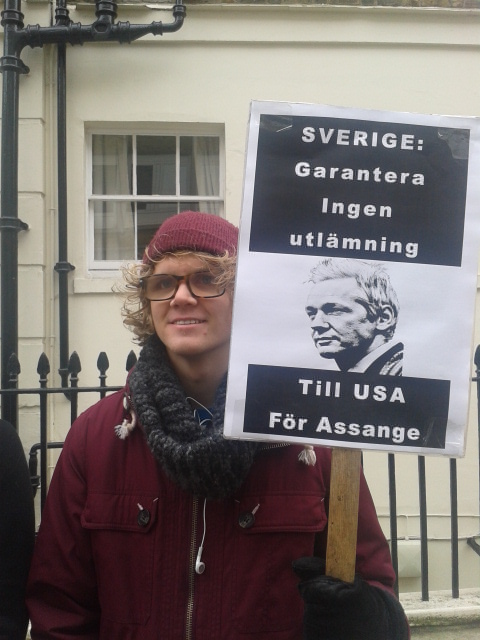 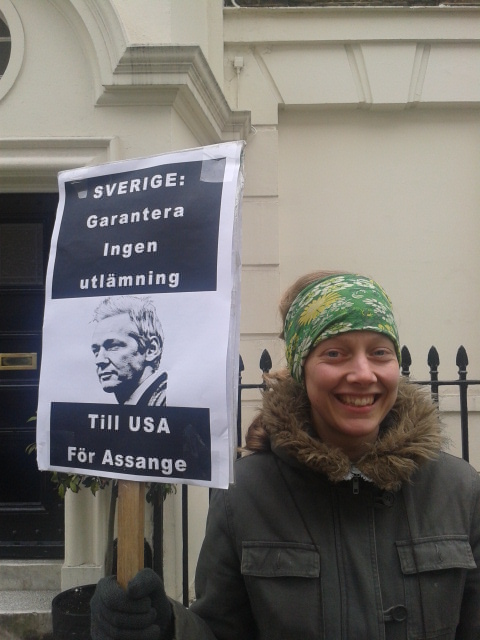 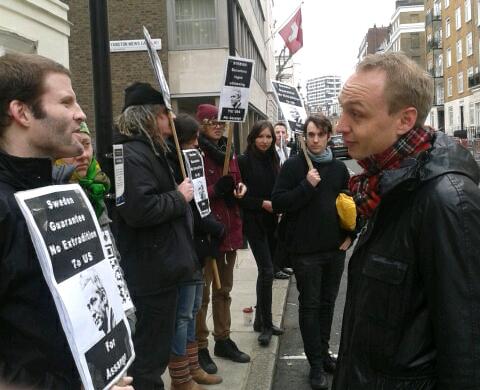 On Tuesday 19 March 2013 a group of people concerned about the plight of Wikileaks editor Julian Assange made their way to the Swedish Embassy. We had one demand, Guarantee no onward extradition to the US for Julian Assange.

On arriving at the embassy Mirjam Johansson a Swedish national and myself entered the building and requested a meeting with embassy staff to seek assurances from the Swedish state that they will not extradite Julian Assange to the USA. The receptionist claimed that there was no one in the building for us to speak with but that we should come back at 1400 hrs. A group of embassy staff entering the building overheard us and looked highly unimpressed by our presence. We decided to head across the road to the rest of the group and wait.

Whilst stood outside we had a lot of positive feedback from pedestrians and drivers. Most of the people entering the embassy pretended that we weren’t there. It is nine months since Julian Assange having lost his appeal against extradition to Sweden sought asylum in the Embassy of Ecuador.
Julian Assange has not been charged with anything.
The Swedish prosecutor has refused numerous offers for Julian Assange to be interviewed in London.
There is an ongoing Grand Jury investigation in the USA into Wikileaks and Julian Assange.
The Swedish Government has refused to guarantee that Julian will not be extradited to the USA if he ends up in Sweden.
Why was it that within a week of the supreme court ruling then Secretary of State Hillary Clinton made the first state visit to Sweden in over 35 years?

After waiting for over an hour we were approached by a member of the Swedish embassy staff. he claimed to be the Press Officer. We asked him directly if the Swedish Government would guarantee no onward extradition for Julian Assange to the USA. He claimed that it was not for the Swedish Government to make such assurances and that it was the responsibility of the prosecutor. We challenged him on this statement, it is ridiculous to suggest that a mere prosecutor makes decisions on whether a person can be extradited from one state to another and that elected politicians and government ministers have no say in the matter. He then changed tack and said that the Swedish Government could not give assurances for hypothetical situations.

The interaction was predictable, and left me with one overriding compulsion, Don’t Trust Sweden.