Is capitalism not slavery? Or has the definition been forgotten?
Why do we tolerate a system so rotten? 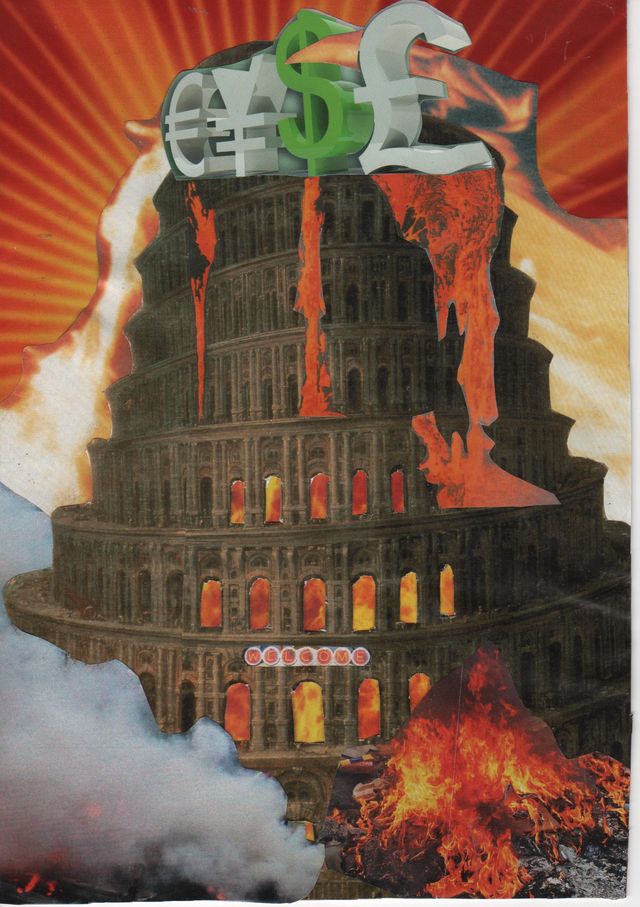 
Systematic oppression built with millions of serfs, slaves and coolies
Capitalism’s really got you by the goolies

Capitalism, like a ravenous vulture
Feeds on the helpless, destroying their culture

It turns the world into a shit-heap and drives people insane.
Lying, stealing, cheating and killing - the sole object is gain.

Our civilization is founded on greed, illusion and fear
“The more money you have, how much more you’ll be freer!”

Vampire-like corporations suck up their wealth
From the blood of the workers, destroying their health.

And “The working-class can kiss my ass!”
- That’s the motto of the ruling class.

They exploit people and environment for profit
The world is their oyster, and oh how they scoff it!

Financiers without decency, their sole object is gain
Regardless of the workers’ lot of drudgery and pain

Big profits are guaranteed for the military whores
- Manufacturers of weapons and lovers of wars
.
Governments are in the hands of the lending institution,
Moneyed incorporations create global destitution

For them beauty is no more than the beauty of gold,
Which is to say false, and useless and cold

Political corruption is rife along with social greed
They work for financial profit, not for human need

Established religions support the capitalist lie
If you suffer in this life – a reward in the sky when you die!

Now, instead of the holy votive
What’s laid on the altar is the profit motive

To get rich quick must be one’s single fixed aim
If others are trampled, they’ve themselves to blame

Controlled with drugs, TV, and armed force, many never wonder why
They’re programmed like a robot – Produce, consume, then die.

Nothing is free anymore to give itself away
What’s needed is an agent with commission to pay.

Economy uber alles. Money rules the waves
The elite must not be restrained in their tyranny over the slaves.

We have a nationalized money system cruel and iniquitous
Oppression is global, wage-slavery ubiquitous

Growth for the sake of growth is the ideology of the cancer cell
Turning nature into commodities and waste, Heaven into Hell

The Garden of Eden is being deforested, the planet’s a marketplace
Capitalism is truly Mammon, and Mankind’s Fall from Grace

The world is governed for the moguls, the bankers, the owners of lands
The workers rights are set at naught – ignored go their demands

Civil government protects the owners of property - that is, the idle rich
And if you haven’t got none, “Well,’aint life a bitch?”

Is capitalism not slavery? Or has the definition been forgotten?
Why do we tolerate a system so rotten?

Why do the masses allow themselves to be exploited by the few?
If they turned and toppled them, just think what they could do

To end this wretched existence, insurrection is a must
If we want to create a better world that is equal and just

Or do you dismiss the idea as a utopian dream
And prefer to go on with this nightmare regime?

Work will no longer mean exploitation and subjection to others,
But a fun recreation shared equally with sisters and brothers

No more working for the boss man, but a freely-given labour
For the well-being of the community and as a friendly neighbour

A planet of ecological harmony, finally cured of the capitalist disease
The world healthy, free and beautiful, the people off their knees!