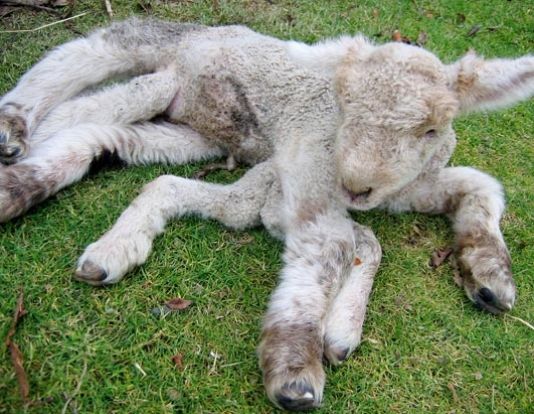 A victim of genetic engineering 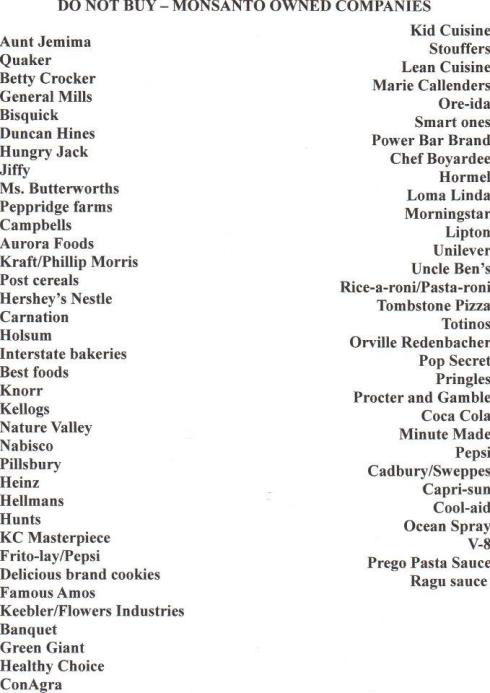 US senators, congresspersons, and the president cooperated to sign into law
what is known as the Monsanto Protection Act as an amendment was sneaked in which gave Monsanto indemnity against liability lawsuits.
Monsanto has secreted
insecticides into seeds,
and continues its attempt to patent the world's seeds and to control the world's
food supply. During the illegal invasion of Iraq, Paul Bremer, the czar, formerly
with Kissinger Associates, passed an order which forbade Iraqi farmers from
saving their own seeds and which required purchase of seeds from Monsanto
or other Western corporations.

Clarence Thomas of the US Supreme Court was a Monsanto attorney before being promoted by Purina heir Jack Danforth and eventually appointed
to the Supreme Court. Hillary Clinton has been attempting to force countries
to take Monsanto products. Barbara Mikulski as head of Senate Appropriations is said to have sneaked in the Monsanto amendment.

Farmers in several countries have burned Monsanto crops, unfortunately creating many mammal, bird, reptile and insect victims in their frustration. Monsanto has in a Canadian court gained the power to destroy crops in others'
fields, crops created by windblown Monsanto seeds not desired by neighbors.

The following is from rumormillnews.com
Monsanto Product List to Boycott


Agricultural "seeds" These are the Franken seeds that will destroy mankind.
Alfalfa: Roundup Ready® Alfalfa provides in-plant tolerance to Roundup® agricultural herbicide. It provides consistent, high-quality, weed-free forage and hay. A ruling on a court case currently prohibits the sale or planting of Roundup Ready Alfalfa seeds.
Canola: Genuity offers the Roundup Ready® trait in both spring and winter canola. This trait is a tool for farmers to help manage weeds and increase yield potential, creating a win-win on their farm.
Corn: For farmers today, it’s all about getting the most yield out of every acre of corn, while using as few inputs as possible. Monsanto’s corn traits help farmers do this by providing cutting-edge technology that protects the plant’s yield.
Cotton: Today, cotton growers are benefiting from second-generation and stacked trait technologies, which provide more levels of protection. Genuity® Bollgard II® with Roundup Ready® Flex represents Monsanto's newest wave of innovation with two second-generation traits stacked into one seed.
Sorghum: Sorghum is an efficient crop in the conversion of solar energy and more drought-tolerant than other crops such as corn and soybeans. Monsanto continues to research and develop new hybrids to fit growers’ needs.
Soybeans: Whether it’s a higher yielding soybean that provides a broad spectrum of weed control with the Roundup Read® system or a soybean plant that helps reduce trans-fatty acids, Monsanto has a lot to offer soybean farmers.
Sugarbeets: Fewer herbicide applications, increased yields and more sugar content all make Genuity Roundup Ready® sugarbeets attractive to many farmers.
Wheat: Since acquiring the WestBred brand in 2009, Monsanto has initiated an intensive effort to incorporate breakthrough breeding technologies – developed and deployed with notable success in other row crops – in wheat.
Monsanto's Mission Statement

If there were one word to explain what Monsanto is about, it would have to be farmers.
Billions of people depend upon what farmers do. And so will billions more (because they are in league with the USDA, FDA and the US Governemnt to control global population by poisoning the food WORLD's food supply). In the next few decades, farmers will have to grow as much food as they have in the past 10,000 years – combined.
It is our purpose to work alongside farmers to do exactly that. It's the only way we control you.
To produce more food. So you will become sterilized and grow cancer in your bodies
To produce more with less, conserving resources like soil and water. At the same time polluting the soil and water to render it useless. So you can no longer find "organic" anything. Organic is a very bad thing.
And to improve lives. Well, what's left of your pathetic existence.
We do this by selling seeds, traits developed through biotechnology, and crop protection chemicals. They really only promote cancer and sterilit.