Remember the victims of Thatcherism. Call for Protests on 17 April.

Giving Thatcher a £10 million ceremonial funeral is an insult to all those who suffered from her policies and actions. 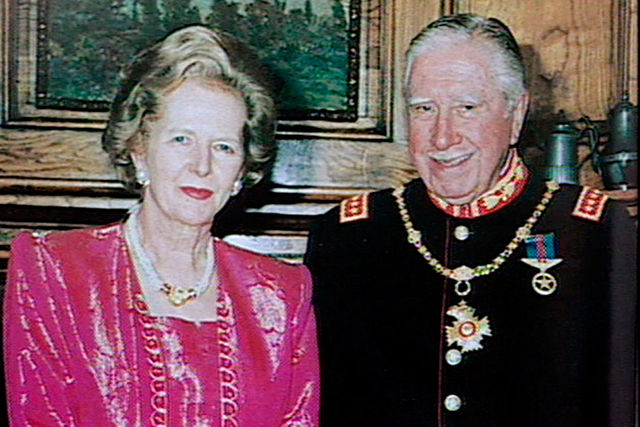 Thatcher was responsible for the destruction of communities and the
decimation of industry, sending in troops and police to beat the unions
into submission. She openly played the race card, promoting the view that
Britain was ‘swamped’ with immigrants, and sent her police force to harass
and attack black communities until the inner-cities burned. She backed
police corruption at Hillsborough, attacking Liverpool fans for the deaths
of their children. She called Nelson Mandela a terrorist, but funded Pol
Pot and welcomed Augusto Pinochet to tea, ignoring the untold people
tortured and killed in Cambodia and Chile. To win an
election she jumped on the chance to go to war with Argentina, leaving the
blood of teenage soldiers on the shores of the Falklands.

The woman who did all this is not worthy of respect, not even in death.
She has no right to be buried with honours, as she had no honour, no
decency, no honesty and no compassion. We will not forget her crimes. We
will not allow the glorification of Thatcher to go unchallenged.

And this is about more than one woman. Beyond her individual crimes,
Thatcher was part of something much bigger, a tide of rampant free market
capitalism that is still tearing our world to pieces. Thatcher, Reagan,
Bush, Blair, Cameron, Obama and the rest are the cheerleaders for
capitalism, a system of greed and destruction that causes austerity, war,
poverty, and crisis.

The establishment and media are trying to cover up Thatcher's crimes, as
the state spreads scare stories about police clampdowns and pre-emptive
arrests. But we are not scared. For our communities, for our loved ones,
for ourselves and for our planet, we need to make our voices heard. Come
to Trafalgar Square on Saturday, and next Wednesday, in London, in
Glasgow, in Sheffield, in Liverpool, in all of the towns and cities hit by
Thatcherism, let's take to the streets. Talk to your friends and
neighbours, organise protests in Central London and wherever you are. No
more Thatchers. No more capitalism.

Stop G8 is organising a week of action and events in London from June 10
to 14, including the #J11 Carnival Against Capitalism on June 11. Our aim
is nothing less than the destruction of capitalism, a system that is
literally killing us. Capitalism means unemployment, cuts, and the rise of
fascism in the “West”; poverty, colonialism, brutal exploitation in
the “Third World”. Capitalism is war and famine for profit, private
prisons, police checks, CCTV to keep us scared and controlled. It is a
system that robs our lives of meaning and beauty, puts our dreams and our
dignity up for sale, and risks the very future of our planet.

We are ready to fight, Join Us!