Global Day of Action on Military Spending. Solidarity in Wrexham

Half a dozen members and supporters of Wrexham Peace & Justice Forum were out on the streets this morning as part of the Global Day of Action on Military Spending in solidarity with friends past and present who have the perseverance to continue to protest the wars in the face of widespread apathy. There have been actions today at Faslane (47 arrests), in Brighton, London and all over the place. 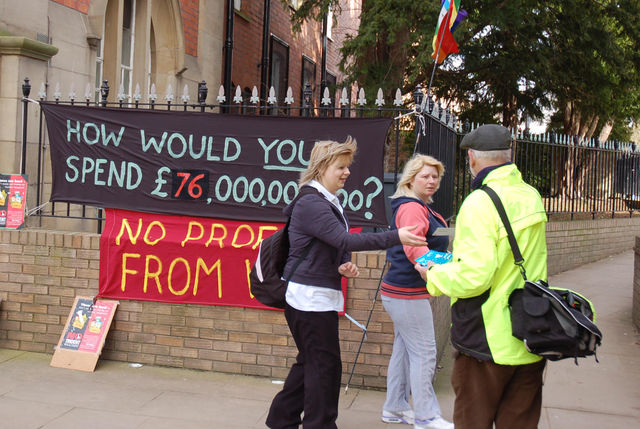 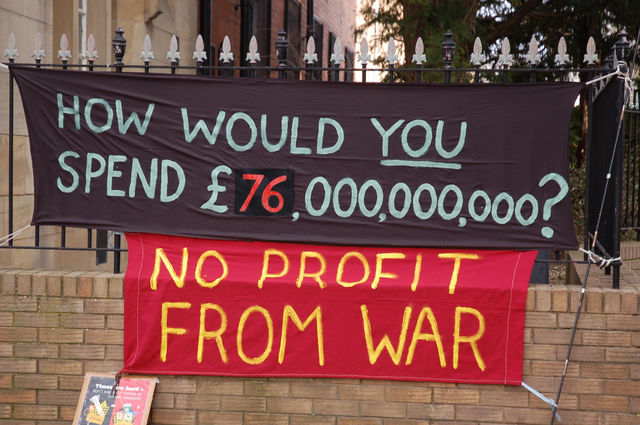 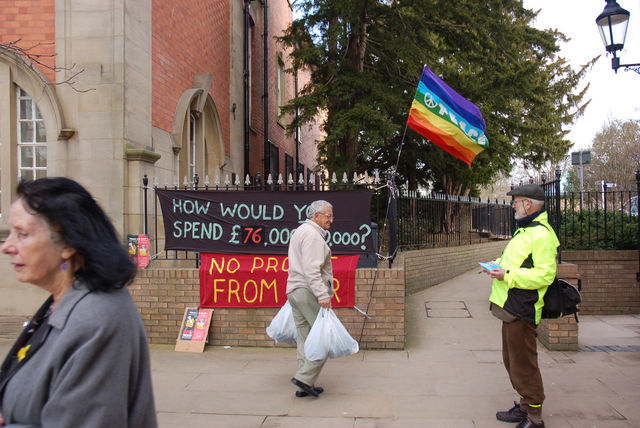 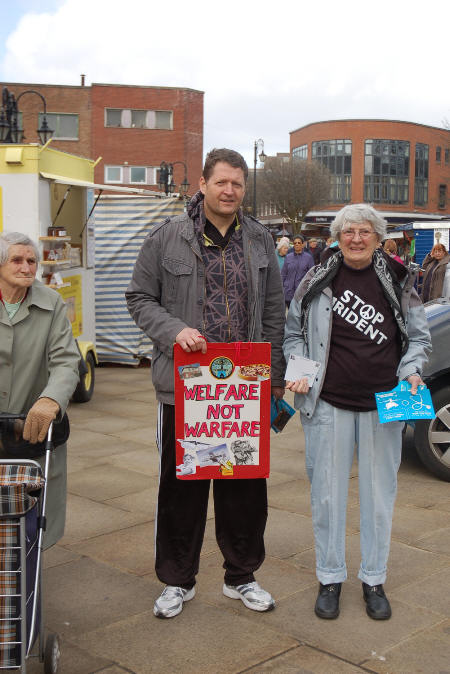 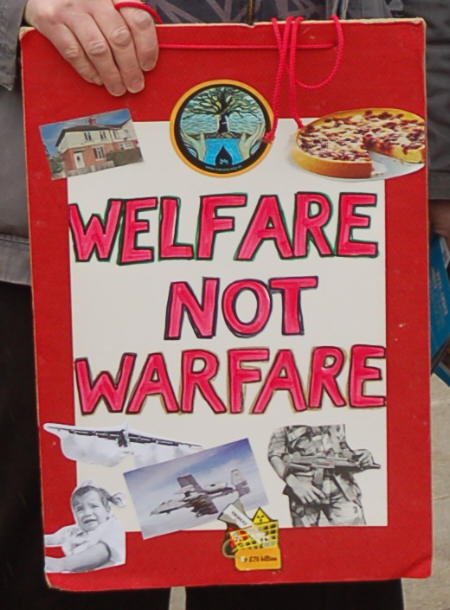 Shoppers and stallholders at Wrexham's outdoor Monday market offered suggestions for how the huge sums of money currently spent on warfare worldwide (nearly £300 billion already this year alone) might be better used for life rather than death. Many people made a connection between profligate spending on warfare and on Maggie Thatcher's funeral, condemning both as a criminal waste of money and an affront to human decency.

Hundreds of postcards and leaflets on military spending, Trident replacement and arms exports were given out to members of the public and a few members of the armed forces. Suggestions for better ways to spend public funds included the NHS, hospitals, healthcare in general, nurses, education, teachers, people with disabilities, benefits for the disabled, reversing all benefit cuts, jobs for unemployed youngsters, homes for the homeless, care of the elderly, pensions, sustainable and renewable energy, public transport, publicly funded nurseries, help for the starving and the world's poor, lifeboats, charities, the things charities are doing because the government won't, support for the victims of abuses perpetrated by those in power, providing proper cycle lanes (Wrexham's are useless), beer and “getting this bloody government out.”

The publicly owned council railings on the old library were used to display banners. As we were about to pack up, a Police Community Support Officer (C3448) demanded that we remove our banners forthwith on the spurious grounds of 'not having the correct paperwork' and 'not having asked permission of the council' or paid 'the appropriate fee' for protesting in Queens Square. Yeah, right. Plenty of council officers had seen us arrive and put up our banners. None had been out to discuss the matter with us in two hours. It turned out that the over-eager boy toy cop had taken it upon himself to visit the council and ask them whether they were happy to have our banners displayed on 'their' railings (our railings). And out he came again to try to enforce their solicited view on the matter. The role of PCSOs is, according to North Wales Police, “designed purely to tackle anti-social behaviour and local issues affecting the quality of life.” Clearly they haven't got enough of these important tasks to fill their time if they feel the need to resort to creating problems where there are none. So there's another opportunity to stop the waste of public money and spend it on something useful.

Solidarity with those everywhere protesting military spending today, including