The „solidarity clause“ regulates the use of police, secret service and military means in case of a crisis within the EU

The EU Commission and the EU High Representative for Foreign and Security Policy issued a proposal for the structuring of the so-called „solidarity clause” [1]. The document refers to article 222 of the Treaty on the Functioning of the European Union (TFEU) [2].

The EU institutions respectively the member states of the EU are to be bound to assist each other in case of a damaging event. This includes the use of police, secret service and military means. The „solidarity clause” determines that engagement in the territory of another state shall only be allowed at the „request of its political authorities”. 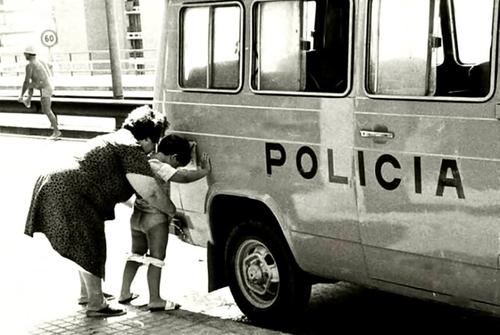 Political conflicts are not mentioned so far. However, the added definition of a „catastrophe” could also encompass uprisings, blockades or sabotage. The passage „any situation which has or may have an adverse impact on people, the environment or property” could be interpreted in this sense. The given definition of a „crisis” as a catalyst covers all other imaginable threats, including „a serious, unexpected and often dangerous situation, requiring timely action; ” or „a situation that may affect or threaten lives, environment, critical infrastructure or core societal functions, may be caused by a natural or man-made disaster or terrorist attacks”. The European Parliament had demanded in a resolution of November 2012 that the „solidarity clause” should additionally include „politically motivated blockades” as well as „attacks in cyberspace, pandemics, or energy shortages” [3].

This proposal has now been received by the member states for debate. There it is arguable whether the „solidarity clause” should be applicable on land, on sea as well as in the air. Some governments demand it to be extended to ships and airplanes travelling in non-EU regions. Commission and consulates suggest to include „offshore oil and gas conveyors”. Although embassies and consulates are not mentioned, their inclusion can be assumed. Furthermore, it is required to apply the clause „whether the crisis originates inside or outside the EU”. The German government even considers „preventative measures” conceivable such as „defence against a terrorist threat” [4].

In the Council working groups dealing with the issue there is now a dispute about whether a threshold for the activation of assistances should be laid down.
For the „solidarity clause” shall be applied only after all own capacities of the inquiring country are exhausted. But how is this to be determined? A declaration specifically attached to the Lisbon Treaty states that in case of assistance the choice of means shall be left to the other member states. While Austria and the Netherlands seek to anchor severe restrictions, Greece and Italy vote for a wide range of application.
According to the German position no new bodies shall be established following the implementation of Article 222 TFEU. However, secret service structures might be reinforced: It might „come into question” to transfer an „integrated risk and threat evaluation at EU level” on a regular basis to the Intelligence Analysis Centre (INTCEN). INTCEN would then be competent not only for „terrorism” but also for „organized crime, disaster protection, health, climate change and environment”.