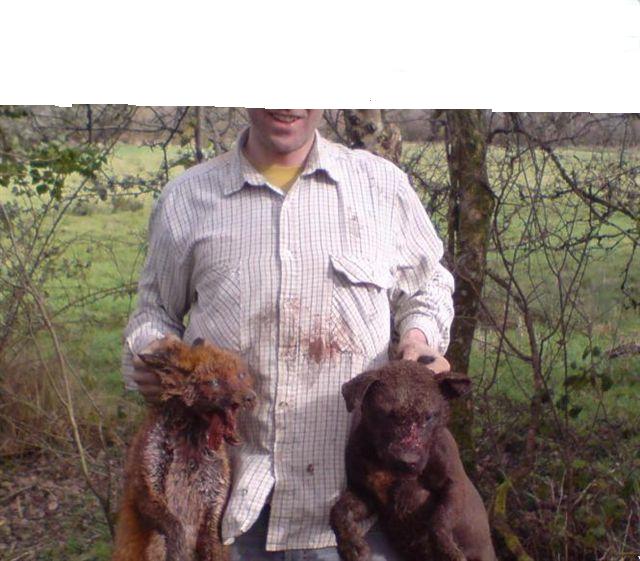 Aftermath of foxhunt "dig-out": Both fox and dog suffer in the "sport"... 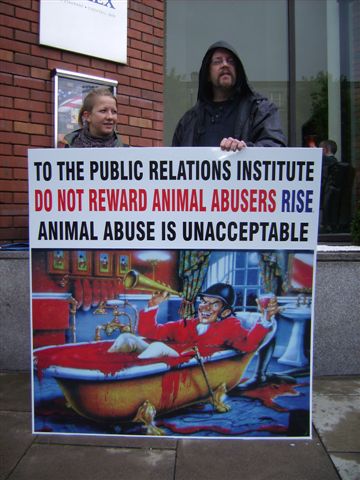 Protest against foxhunting in Ireland... 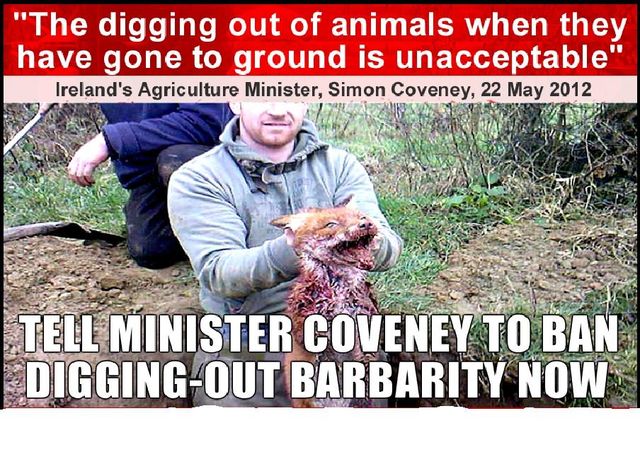 Another is dug out of its underground refuge by hunt "sportsmen"

A bizarre offer at the National Wax Museum of special discount for anyone who mentioned “Westmeath Foxhounds” has been revoked following the campaign initiated by the Irish Council Against Blood Sports….

The offer had appeared in a wax museum advert in the hunt's 2013 calendar.
The advert stated: "Mention the Westmeath Foxhounds and get 10% off the ticket price".

Hundreds of people signed an online petition calling on the Wax museum to quit its de facto promotion of foxhunting via the discount offer.

A huge factor in the Museum’s decision to discontinue the promotion was probably an appeal from Dublin South-Central TD, Joan Collins. She told the Museum said she would boycott the National Wax Museum over the foxhunting-related discount. In a complaint to museum management, the People Before Profit Alliance politician said that with most people opposed to bloodsports, offering a 10 per cent discount when the Westmeath Foxhunt is mentioned "may backfire on the museum".

"It's a promotion of a cruel bloodsport which many people, including myself, find offensive," she said. "I will boycott the wax museum forever and I am sure many other people will as well. So this promotion may backfire on the museum."

• The following message has appeared on the Wax Museum’s Facebook page:
"Wax Museum Plus would like to extend their sincerest apologies in relation to the discount offered to Westmeath Fox Hunting we did not intend to offend of upset anyone. It has come to our attention this discount was offered several years ago & was not sanctioned by management. The National Wax Museum Plus is a visitor attraction and not an avid supporter of blood sports. This was an over sight on our part and we offer our sincerest apologies for any distress cause. The discount has now been withdrawn with immediate effect."

The museum’s decision represents another milestone along the road to the abolition of blood sports in Ireland and a whopping kick in the teeth to the “kill ‘em for kicks” lobby.